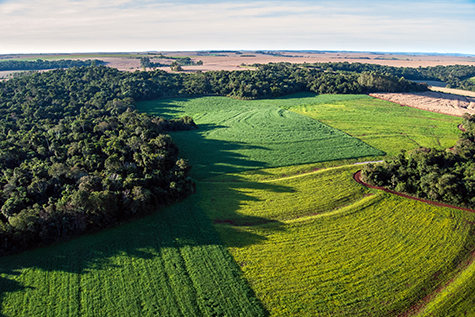 Two tools can be used to transform conservated natural resources into assets: payment for ecosystem services and Legal Reserve compensation.

Payment for ecosystem services (PES) is a financial tool, that following the “protector-payer” principle, reward and stimulate those who offer environmental services by conservating the natural resources.

While the Legal Reserve compensation is a tool written on the Forest Code (Brazilian Law, 12.651/2012), that allows properties which don’t have the minimal share of native vegetation to create the Legal Reserve the possibility of buying or leasing a piece of farmland somewhere else to regularize the environmental liability, instead of recovering the native vegetation inside the farm.

AgriBrasilis interviewed representatives of two institutions to explain each of these instruments for monetizing protected natural areas. Marie Ikemoto, biologist, PhD in Environment from UERJ, coordinator of the Rio de Janeiro state program (PRO-PSA), under the management of the State Environmental Institute (INEA), and general coordinator of the “Conexão Mata Atlântica” project. And Plínio Ribeiro co-funder of Biofílica, Audast and Parquetur master at environmental and public administration at Columbia University and Earth Institute, in the US. Nowadays he is the leader of the sustainability board on the Brazilian Rural Society.

How does Payment for Ecosystem Services (PES) mechanism work and what are its benefits?

Marie Ikemoto – In practice, initiatives that use PES can recognize and reward a farmer that in addition to complying with his obligations under environmental legislation, develops actions for ecological conservation or restoration, or even adopts more sustainable agricultural practices, for example

Such environmental actions contribute to the provision and maintenance of several ecosystem services vital to human life in the countryside and in the city. Among them, the availability of water in quantity and quality, soil nutrient cycling – essential for food production -, carbon capture from the atmosphere, climate change mitigation, prevention of extreme weather events – such as droughts, floods and landslides -, in addition to several other environmental, social and economic benefits – direct or indirect.

There are different PES modalities, as well as various institutional arrangements and funding sources, which may involve public authorities, international resources, the third sector and public-private partnerships.

AgriBrasilis – How do Payments for Environmental Services encourage environmental preservation?

Marie Ikemoto – When we recognize the value of forests and sustainably managed areas, of the products and ecosystem services they can provide, we are, consequently, discouraging deforestation, forest fires and the misuse of land.

In Brazil, the National Policy on Payments for Environmental Services was regulated earlier this year through Law No. 14.119/2021. The law brought more security to the execution of PES initiatives across the country once the instrument was regulated only by some Brazilian states and cities.

PES projects must move forward so diversified and long-term financial mechanisms are structured and allow for the consolidation of experiences and expansion of scale. In addition, it is essential that initiatives include the monitoring of environmental services.

“Conexão Mata Atlântica” has been one of the widest PES initiatives in the state of Rio de Janeiro in number of beneficiaries (285 rural producers), areas managed (2,730 hectares managed with environmental conservation, reforestation and sustainable production systems) and resources applied only in PES (US$ 1,27 mi) until the end of the project, in 2023.

One of the differentials of the initiative is that, through the PES Financial Support modality, the project also encourages the implementation of agroforestry and silvopastoral systems. Another innovation is that the project links the application of PES resources to innovations and improvements in rural businesses, boosting the local economy and promoting a better quality of life for farmers.

AgriBrasilis – How does the legal reserve compensation and its benefits work in practice? 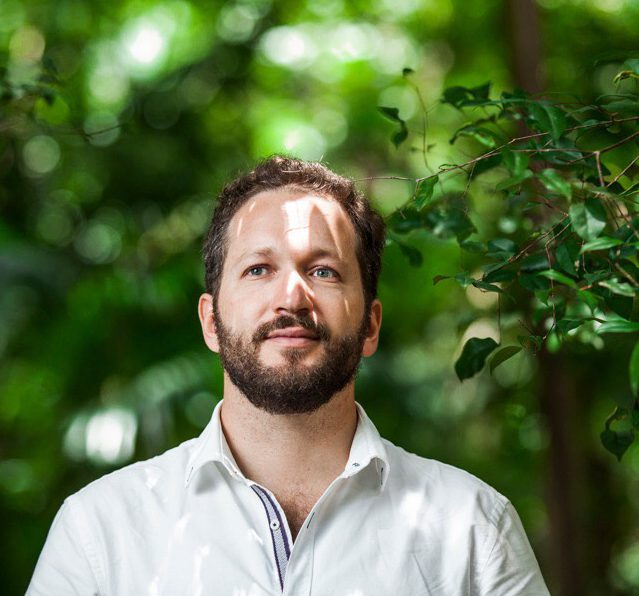 Plínio Ribeiro – It is an option of the mechanisms available to producers who need to become regularized, giving them the freedom to choose the mechanism that best fits their conditions and expectations. The benefits are several, including maintaining the productive area, the opportunity cost since an agricultural area has a much higher value than a forest area, in addition to the suspension of sanctions arising from deforestation violations prior to 07/22/2008.

From the point of view of the rural owner who has vegetation beyond what the legislation requires, the possibility of having an income from an area that until then generated expenses and no kind of financial return. The LRC is the mechanism that benefits both those who produce and those who preserve it, making the Brazilian agribusiness chain sustainable and cyclical.

AgriBrasilis – What are the difficulties for owners to carry out Legal Reserve Compensation?

Plínio Ribeiro – Legal Reserve Compensation involves environmental and land tenure aspects. From an environmental point of view, the producer who opts for Compensation must be aware of the need to acquire an area in the same biome and with an forest area compatible with its Legal Reserve deficit. From a land tenure point of view, the owner who chooses to compensate through the Purchase of a private area with surplus must pay attention to the documental situation of the offering property: verify the ownership of the area; if it has all the records and if it is regular with the competent bodies (INCRA, RFB, among others); if there are any encumbrances or pending in the area such as mortgages and enrolments.

Another factor that hinders the Compensation process is the delay in analyzing the Rural Environmental Registry – CAR, in Portuguese. For both the claiming owner and the offeror, Compensation can only be carried out after analyzing the CAR of the properties involved. The delay in this analysis has discouraged owners from regularizing themselves.

Depending on the type of compensation, there is an entire procedure that must be completed with the competent bodies necessary for the compensation to be carried out. We at Biofílica help in this process called the Technical Project.

This year, the Dynamic CAR Analysis platform was launched, a software that will carry out the automated analysis of the CAR with the States and Federation that choose to use it. It will have the ability to analyze a large number of entries, generating a greater volume of adhesion to the compensation process.