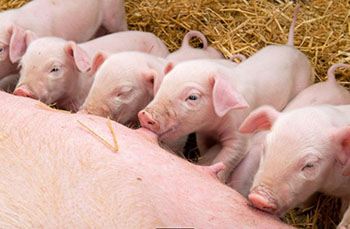 AgriBrasilis – What is the Artificial Insemination Market and what is it’s greatest differential for agriculture?

Amanda Pimenta Siqueira – Liquid Genes is a business model whose purpose is to promote the genetic dissemination through the sale of semen. It is an advanced swine reproductive technology that accelerates and optimizes the use of superior genes in the production units through the use of inseminating doses, and not the direct purchase of breeding males.
It is important to note that Artificial Insemination is a technology based on Gene Dissemination Units (UDGs in Portuguese), which are excellence structures, highly modern and technified, whose automated production guarantees agility, quality , safety and traceability to the inseminating doses processing.
There are many competitive advantages in the use of Artificial Insemination for swine breeding. The first is access to high quality genetic material. Through it, a large part of the market has the same level of genetic technology. By choosing inseminating doses, the producer also reduces sanitary risks that come from the frequent introduction of male breeders on the farm. This technology also allows optimizing the use of labor, directing it to other important activities within the farm, not to mention the elimination of facilities expenses, laboratory exams and breeder stocks. 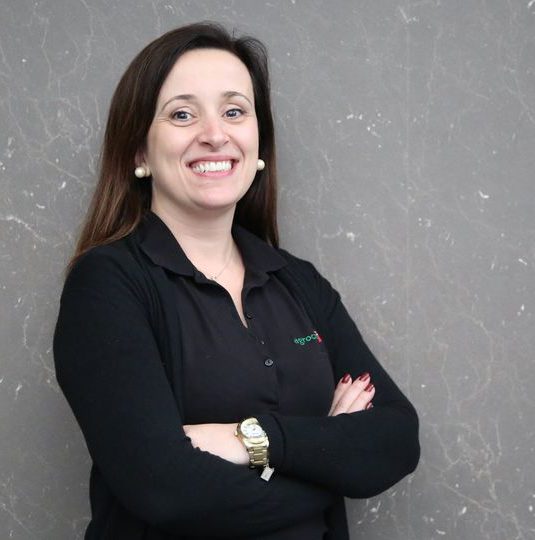 AgriBrasilis – In comparison to other breeding countries, how is Brazil doing in this context?
Amanda Pimenta Siqueira – Brazil is completely aligned to the most modern players of the international market. The model of genetic dissemination through semen doses, so-called Artificial Insemination, is a consolidated technology among great world breeders of swine meat, and so it is in Brazil. The marketing of inseminating doses represents between 70% and 75% of the share of breeding males in Europe and countries such as the US and Canada. This percentage is approximately 35% in Brazil, but it is advancing at a fast pace. The productivity gain provided by the inseminating dose model is already stimulating changes in the producers technological patterns. Brazil’s pig farming tends to grow and gain quality. This should intensify the movement of technology migration in the next few years. So it is that we are investing now in the construction of two new production units, a very modern Farm Center and a new Gene Dissemination Unit.
AgriBrasilis– What is the importance of Artificial Insemination to the swine chain? How is it insert in the work of genetic improvement?
Amanda Pimenta Siqueira – It’s importance is in promoting the update of the swine herds in real time, in a continuous, practical and economic way, without having to maintain the costly structure of an Artificial Insemination Center (CIA) in the property. In summary, Agroceres PIC Artificial Inseminationallows accelerating the spread of superior genes, elevating the genetic standard of herds and their productivity efficiency – in practice, this resource offers more competitiveness and profitability to the pig farmers. All of this with maximum biosafety and total quality assurance.
AgriBrasilis– In terms of world competitiveness, what are the improvements expected in pig farming after implementing breeding programs through semen from breeding centers in national scale, instead of the local maintenance of a male breeder?
Amanda Pimenta Siqueira – The first and most importante relates to the maximum genetic updatig and the following increase in productive and economic indexes of the swineherd. The inseminating doses marketed come from the last generations of breeders. That is, the breeders from our UDGs are in the top of the genetic pyramid. This allows the dissemination of superior genetic material, with emphasis on characteristics of high economic interest.

Semiochemicals Can Reduce Insecticide Use up to 90%