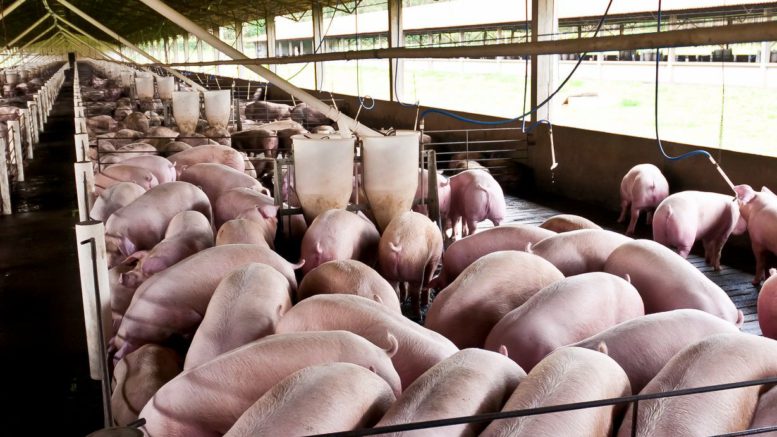 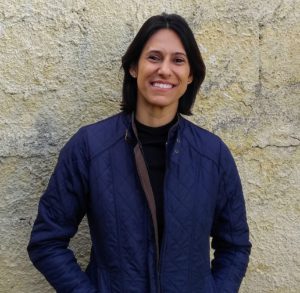 Dr. Lucélia Hauptli, zootechnician, Professor at the Federal University of Santa Catarina, and specialist in Pig Farming and Monogastric Nutrition.

Analysis of Brazilian production that moves over US$ 21 billion. Brazil is ranked 4th largest pork producer in the world, with 4.1 million tons produced in 2019 and 750.3 thousand tons exported (16% of production) to China, Hong Kong and Chile. Exports generated revenues of US$ 1.59 billion. The outbreak of African Swine Fever in China shook the market of the world’s largest producer and consumer. The plague resulted in a rigorous decrease in the country’s squad, causing imports to expand, including from Brazil. In 2019, pork exports were up 16.2% compared to 2018 ¹.

AgriBrasilis – What are the dimensions of pig farming in Brazil and its importance?
Lucélia Hauptli – In Brazil, the swine chain moves over US$ 21 billion annually, generating around 1 million jobs, adding direct and indirect jobs. We are the4th largest pork producer and exporter in the world. These data demonstrate the significant importance of the pig market to the national economy.

AgriBrasilis – Due to African Swine Fever, China imported a lot of protein from Brazil.
Should the Chinese market still patronize Brazilian exports?
Lucélia Hauptli – Certainly. The reduction in the pig herd in China was very representative. Official news spoke of a 30% reduction in the squad, but the updated data points out to a reduction of more than 40%. For the country that is the world’s largest consumer of this protein, the need for imports, which already existed, had a significant increase. The figures show that China is among the top three pork importing countries in Brazil. The prospects for 2020 estimate an average increase of 30% in the volume of exports by this country, reaching 250,000 tons equivalent of carcass leaving Brazil and headed to China.

AgriBrasilis – Has the sector been harmed by COVID-19?
Lucélia Hauptli – Hardly any market was not affected by the Coronavirus pandemic, some with higher intensity, others indirectly. It was no different for pig farming. Economic problems, such as rising unemployment, declining purchasing power, affect the consumption of animal protein, which may reduce the consumption of pork in some markets. It is an unprecedented world outlook, making it difficult to prospect what is to come.

However, we must consider that food production has not stopped and will not stop. Agribusiness, which represents around 21% of the Brazilian GDP, is being essential to guarantee local and even international food security, since exports have not stopped with the world pandemic situation, including pork exports. One of the impacts of the Coronavirus, which we can even consider to be positive, is the increase in effective biosafety protocols within the farms. Considering that the pig production chain starts at the farm and ends at the supermarket gondola; producers, companies and contractors that are present in this process have a duty to ensure preventive management in relation to health.

Although pigs are apparently unaffected by COVID-19, viruses are known to travel in aerosols, plastic, metal surfaces, clothing, etc. In the recent example, we saw large companies announced the closure of processing plants due to employees contaminated with COVID-19.

The only way to stop this circulation within a farm is precisely to pay attention to the biosecurity protocols, which had already been intensified with the worldwide advance of African Swine Fever (PES), but which now has another reason for continuity and monitoring, which is the global epidemic of COVID-19 that affects humans.

The European Union, for example, has a per capita consumption of 35 kg / inhabitant / year and China
of 30 kg / inhabitant / year. Related to this, the Brazilian consumers are much more focused on
processed food goods than on the consumption of meat itself. It is estimated that 89% of pork consumption
in Brazil is via processed products. This is not the predominant profile in other countries with high consumption of pork. China itself, bets on all types of cuts on the table, even on products considered secondary, such as organs (kidneys, liver), as well as for other Asian and European countries. This is clear when we evaluate what Brazil exports derivative from porks, around 83% of exports are equivalent to cuts and 11% are organs.

AgriBrasilis – In general, is pig production in Brazil technified?
Lucélia Hauptli – Technification includes modernization, automation and improvement in the general management of processes. Remember that in 2015 the Brazilian Swine Breeding Association (ABCS) mapped the Brazilian swine industry, pointing out the profile of the producers, where 38% of the producers were independent, 23% linked to cooperatives and 39% were integrated producers.

What we see is an investment by cooperatives and integrators in the qualification of personnel, processes and automation. So much so that there is a consensus in updating the installations of pregnant sows, with accommodation in collective pens, investing in automated feeders. In fact, there are cooperatives and integrators that have established deadlines for 100% of the sows to be housed in this system. Thinking in this case, first of all about wellbeing, but consequently, automation of food and the possibility of individual
adjustments in food consumption.

Independent producers are not far behind in these updates, where there is an equal investment in these types of shares. Another important fact is the constant search to tabulate routines in specific software. What used to be done in notebooks and spreadsheets, only now occurs in programs for this purpose. Where it is possible to register all information on farms: productive stock, performance, nutrition, medicines and, through this database, create scenarios, generate reports, prospect changes.

All these technological innovations create a scenario of qualification of the workforce, dealing with automation, software, specialized management, requires a qualification of personnel in the farms, whether they are family members or with a large group of employees. In conclusion, yes, pig farming in Brazil, is in a process of technification, even in the productions considered small. Although many of these processes require considerable investments, the return on productivity can be offset in the medium term.

Equipment, automation, technology and consulting firms already have a large presence in Brazil. Including
manufacturing sites in the country, which makes it easier for pig farmers to purchase products and services with local technical assistance, facilitating technical evolution in local pig farming.

Parasiticides and vaccines in the fight against diseases in animal production

“Estimated harvest of 250.9 million tons of grains in Brazil”: Exclusive interview with the Minister of Agriculture of Brazil, Tereza Cristina