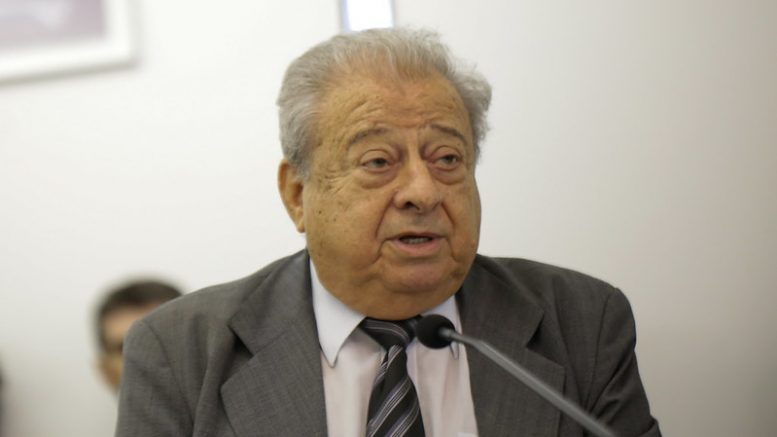 “…agriculture in tropical countries faced difficulties, as in the Brazilian Savanna. Technological developments were destined for the temperate climate zones, which until then had managed to supply the world’s needs…”

Alysson Paolinelli is the executive president of the Brazilian Association of Corn Farmers, a member of the board of directors of Verde AgriTech and an agronomist from the Federal University of Lavras. He was nominated a candidate for the Nobel Peace Prize.

Paolinelli was the president of the Bank of the State of Minas Gerais, of the National Confederation of Agriculture and minister of Agriculture between 1974 and 1979, when he led the modernization of the Brazilian Agricultural Research Corporation – Embrapa.

AgriBrasilis – What was the international scenario like before the Agricultural Revolution that took place in Brazil?

Alysson Paolinelli – Until the 1970s, agriculture in tropical countries faced difficulties. Technological developments were destined for temperate climate zones, which until then had managed to supply the world’s needs.

During World War II, there was a time when the US had enough food stocked to supply the Allies for three years. The last expansion of viable agricultural areas in the world took place in the Central American Plains (Great Plains), which dominated the international market for nearly a century.

There were problems, however. Since Malthus’ theories, it has been known that we should be concerned about population growth. These theories took on new proportions after the second half of the 20th century, when there was an unprecedented population explosion. The world population grows faster than the food supply.

In the 1960s, climate imbalance caused great losses in the Northern hemisphere. The US lost more than 20% of its crop; Europe lost 30% and Asia more than 50%. The US government enacted a “non-political” embargo, prohibiting exports of food, including food traded on stock exchanges. The US would only have food for another six months.

Food prices doubled worldwide at the time. Shipping and marine insurance values ​​tripled. The temperate regions were depleting their resources, with no new arable land, and no possibility of expanding production.

AgriBrasilis – How was the situation in Brazil in this context? What defined our agriculture?

Alysson Paolinelli – Brazil imported a third of what it consumed: almost 100% of the wheat, 50% of the milk, 30% of the meat. In several products, the country was a sporadic importer or exporter, without constant supply. The only product in which we had strong exportation was coffee, which came to represent 80% of our trade balance.

It was cheaper to import food than to cultivate it. Even so, the prices we paid were among the highest. This was not just due to food scarcity. Those that imported products, speculated with them here. We were eating expensive food and of poor quality. Milk, for example, was purchased from the US in powdered form, close to expiration. Brazilians bought milk, rehydrated it and sold it on the domestic market as if it were of good quality.

Another factor was the creation of OPEC. The Arabs harmonized around oil. On the date of the signing of OPEC, a barrel in Santos cost between US$ 2.5 and US$ 3. The following week, it cost US$ 11. At that time, Brazil imported 80% of what it consumed. Any economist who evaluated our trade balance knew that in a few years the country would be bankrupt. We would not have five years of credit in the international market.

We entered the Ministry of Agriculture in 1974 looking for a way out. The only possibility was through the agricultural sector, since it was not possible to create a new industrial model or discover oil.

AgriBrasilis – How did the process of Embrapa’s creation take place and how did it become a center for technological innovation?

Alysson Paolinelli – We had already created an efficient research system in Minas Gerais. The Minister of Agriculture Cirne Lima adopted the system, creating Embrapa along these lines, but soon left the government. The President invited me to assume the position, with the responsibility of making Embrapa coordinate a new national agricultural research system. We completed the reforms that the Institution needed and sought resources to integrate the scientific capacity that Brazil had.

There were no qualified professionals. When I authorized the first Embrapa public tender, for 1000 people, only 52 showed up with postgraduate degrees. We created a grant and sent the remaining 950 to the best science centers in the world. Through agreements with State institutes, we sent 462 researchers and over 100 university professors abroad. The idea was to adapt the knowledge about agriculture that existed abroad to the Brazilian reality.

There were only nine State research institutions at the time. Another eight governors made the decision to create institutions and we reached 17. Embrapa assumed the responsibility of helping these institutions with resources, technical guidance and qualified personnel.

Embrapa also started to coordinate a national research program with the participation of private capital. Back then, even the large cooperatives and companies that we see now were in their infancy. That was the year of the revolution.

AgriBrasilis – How did agriculture evolve in the Midwest Region? Did we really conquer the Cerrado?

Alysson Paolinelli – There were works that demonstrated the viability of the Cerrado (Brazilian biome much like the African Savanna), which made me sure that the region could be productive. We assembled an amazing team for the project. When the Government realized the quality, the Minister of Planning called the Institute for Applied Economic Research – IPEA to join.

The Cerrado was an extensive area, with degraded soils, a result of a millions of years of weathering, in addition to human actions, such as fires practiced by indigenous people. Animal trampling, torrential rains, leaching, erosion and flooding removed the biome’s fertility. It was a land of limited use, with almost no agricultural production. 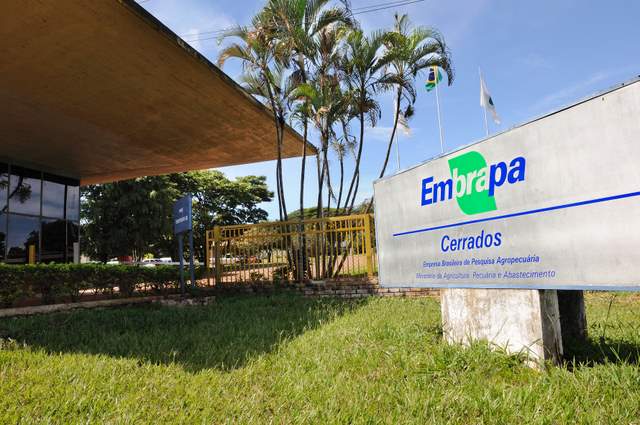 The first need was to correct the soil’s acidity. It was necessary to reconstitute a neutral soil, capable of exchange. There was not enough limestone and we had to struggle to get it. There were regions where we used up to 12 tonnes per hectare. The soil was impermeable, of poor quality. The first plowing had to be deep, often using subsoiler to break up layers that impeded the circulation of air, water and root growth.

We carried out the chemical recomposition through phosphorus, potassium and nitrogen. Farmers bought these fertilizers, supported by technical assistance and credit from banks, with government resources. We subsidized fertilizers in 1975, when the price increased fourfold on the international market. We offered a 40% subsidy to reduce the difference. Farmers used the input accompanied by permanent technical assistance, through Embrater, the Brazilian company dedicated to rural extension programs.

At that time, no-till was discovered. New ways of handling, fertilizing, of fighting pests and diseases were discovered. Improved soils began to perform equally to, or better than, the territories of the Central European Plain or the American Corn Belt. We started to farm competitively.

All the supposed advantages of temperate climate areas were being revised: because of the cold, they have only one crop per year. Here we have two and even three! Our product started to have quality and lowered prices, in addition to constant supply. This is what happened in Brazil between 1975 and 1980.