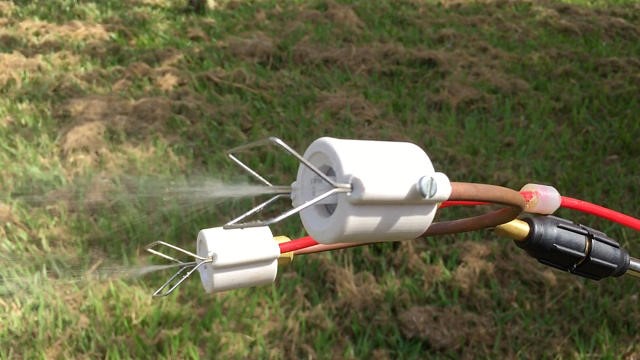 “The bioavailability of the droplets produced by the electrostatic nozzle is 125 times greater.” 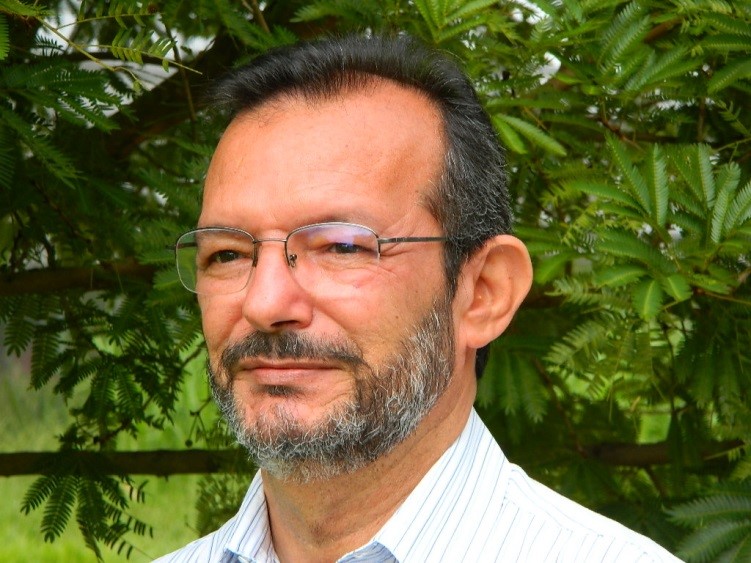 Aldemir Chaim is a researcher at Embrapa Meio Ambiente (Embrapa Environment), in the city of Jaguariúna, State of São Paulo. Chaim is an agronomist and holds a master’s degree in plant development from Universidade Estadual Paulista Júlio de Mesquita Filho.

The targets of pesticide applications are usually plant surfaces, which have a very large area. One hectare of soybean in the flowering stage can have a leaf área of between 40,000 and 60,000 m2 of leaves, considering only one side of the leaf.

Generally, when recommending pesticides, doses are only of a few grams or ml of formulated product per hectare. Thus, the recommended dose is diluted in a certain volume of water so that the product is evenly distributed in the leaf area of ​​the crop.

To achieve uniform distribution, the liquid needs to be transformed into droplets. The droplets must be dispersed over the surface of crops to ensure that phytosanitary problems are controlled using appropriate doses. Unfortunately, the efficiency of this process with conventional methods is very low.

In 1896, three categories of nozzles used in agriculture were already described:

1) nozzles with elliptical or rectangular holes, which emitted fan-shaped jets;

3) nozzles that promoted rotation of the liquid immediately before its exit through the orifice, producing a conical jet that is empty inside the cone.

These nozzles are still the most used in the application of pesticides. They can throw droplets over short distances (between 20 cm – 60 cm). In order for droplets to reach greater distances, it is necessary to use fans or increase the working pressure.

Several studies have shown that small droplets provide better results in phytosanitary management. However, droplets with small masses have little kinetic energy and suffer from drift, with low capture by targets.

The highest efficiency of using small droplets only occurs under special conditions. To ensure efficiency in their spraying, farmers use nozzles that produce large droplets (greater than 200 mm).

In order for small droplets to be collected by the target, free from drift, it is necessary to add forces to them. Electrical forces can be introduced to control their movements, even against gravity. For example, electrostatically charged droplets have the ability to settle on the bottom side of leaves during spraying.

Droplets from an electrified cloud next to a grounded body will move along lines of flow. Due to the curvilinear nature of these lines, droplets projected from a nozzle will be able to hit all sides of the target.

In addition, Droplets from an electrified cloud have the same polarity and repel each other, improving the uniformity of deposition on the target.

Embrapa Meio Ambiente has patented an electrostatic pneumatic nozzle that works with very low induction voltages, around 1,500 volts, with a charge of nine Microcoulombs per gram of sprayed liquid.

Each Microcoulomb of charge causes a 10% increase in droplet deposition. Droplets produced by the device have a size between 20 and 50 mm. If the pneumatic nozzle is producing 30 mm droplets, 70,735,365 droplets will be produced for each milliliter.

In the case of a hydraulic nozzle, which produces relatively fine droplets, only 565,883 droplets per milliliter would be produced, for example. The bioavailability of the droplets produced by the electrostatic nozzle is 125 times greater.

Hydraulic or pneumatic electrostatic sprays increase the deposition efficiency between 20 and 90% compared to conventional sprays, depending on the characteristics of the crop in which the application is carried out. 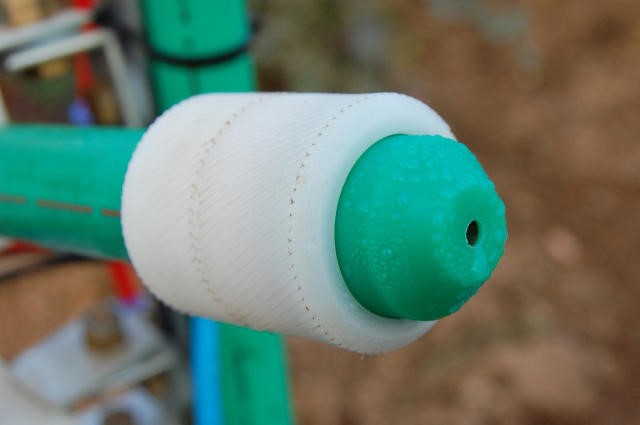 Embrapa Meio Ambiente and the company Socer are developing a droplet anti-evaporator. There is a great need in the market for a product that causes an 80 mm droplet to lose only 20 to 30% of its volume during the trajectory between the spray nozzle and the application target. It will certainly be extremely beneficial for the use of drones in spraying, allowing for a drastic reduction in application volume.

In addition, Embrapa Meio Ambiente is developing a calibration system for spraying liquid deposition. The equipment, very cheap, analyzes the degree of coverage of pesticide deposition on plants.

Finally, we have many new features regarding electrostatic nozzles. One of them is the simultaneous spraying of up to six products without tank mixing, stored separately in the machine, with potential for agricultural and industrial use.