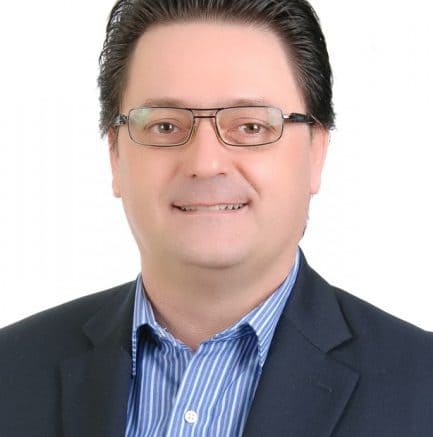 AgriBrasilis interviewed Luciano Stremel Barros, President of the Institute for Economic and Social Development of Borders (IDESF), about the illegal and smuggling pesticide market in Brazil.
Barros is President of IDESF, holds a degree in Economics from the State University of Ponta Grossa, a PhD in International Relations from the Autonomous University of Lisbon (UAL) and is specialist in Management, Strategy and Border Planning from ESIC.
IDESF is a non-profit organization, with the objective to create mechanisms to promote equality, integration and development of border regions.

What is the scenario of illegal entry of pesticides in Brazil, and what is the evolution in recent years?
Luciano Stremel Barros – The illegal market of pesticides in Brazil is composed of a criminal chain divided into smuggling, cargo theft, product counterfeiting and deviation of purpose in the use of imported active ingredients. These four categories make up the illegal market, which grows each year across Brazilian borders, mainly through Paraguay, Uruguay, and Bolivia, that are most important doors of entry into the national territory.

What are the amount and market value of pesticides seized and what is the estimate of the total smuggled?
Luciano Stremel Barros – If you consider the total illegal market, considering the 4 crimes I mentioned, it reaches 25% of the pesticide market. The estimate specifically related to the crime of smuggling is around 12% of the entire market volume and is around US$ 840 million per year.
What are the main reasons for smuggling pesticides?
Luciano Stremel Barros – As with any type of smuggling, the occurrence usually has many factors, but one of the main reasons is the lack of symmetry between the legislation of neighboring countries: legislation of Paraguay is different from those of Brazil, Argentina, Bolivia and so on. Mercosur1 has not yet listed this issue as a priority. In those countries where legislation is more lenient, regulation is quite different from the Brazilian rules and this happens that these products are imported by other countries with the objective to reach the Brazilian market through smuggling.
One of the examples shown in the Report2 carried out by IDESF is an import from Paraguay of 4 tons of emamectin benzoate at 95% concentration, that is allowed in Paraguay. In Brazil, only the 5% concentration is allowed. This makes it easier for gangs to work with this product and bring it to the Brazilian territory.
So, I would say that the main reason for smuggling is the asymmetry between the laws of the countries. Another relevant point is the price of these products. Due to the ease of importation and lack of inspection in these countries, there is under-invoicing and tax evasion, and this is reflected in the final price. If you analyze the “pathway” taken by these products until they enter into Brazil, you will see that there was no tax payment, from legal import to these countries until to smuggling into Brazil.

With the high dollar exchange rate, what are the trends in smuggling and customs control actions?
Luciano Stremel Barros – The rising dollar harms the formal market even more, as the products, when imported by neighboring countries in concentrations not allowed in Brazil, generate an increase in the price of the formal product for the informal one.
These products that enter by contraband rarely come through customs ports, but rather through the various border crossing points, along the 16,800 km of Brazilian borders. And even in these places of forest or rivers, we see an intense work by the security forces in the repression of crimes.

What are the most smuggled products and why?
Luciano Stremel Barros – Although law enforcement agencies to have an extensive list of contraband products, the three most common are emamectin benzoate, thiamethoxam and paraquat. They draw attention mainly because of these issues that I mentioned about import permits from Paraguay and because of the asymmetries of legislation.
In Brazil there is very thorough regulation, while in other countries not so much. And how do we move forward in this situation? We need to equalize these legislations. Mercosur needs to be able to understand what is good in world terms. What is good for Brazil will be good for other countries. Especially in neighboring countries where climate and soil are similar, there is the possibility of homogenizing legislation.

What are the different types of crimes identified in this illegal trade?
Luciano Stremel Barros – The illegal agriculture pesticide market is composed by 4 major types of crimes. The first is smuggling: the entry of these products without paying taxes and that is required the seal of health surveillance and the Ministry of Agriculture.
The second is cargo theft, which happens on the way from distributors to farmers, from factory to distributor and on rural properties, which brings violence in the countryside. These gangs are extremely armed and act with a lot of violence.
The third category is counterfeiting, from packaging to product handling.
The fourth criminal modality is the misuse of purpose. Some companies import an amount of product to develop household products, and take advantage of the fact that raw materials are very similar [to pesticides], and produce products for agriculture uses market.
What are the main routes for the circulation of illegal pesticides? The identification of these routes helps seizures?
Luciano Stremel Barros – The routes are the most varied, but the smuggling route is very clear: products are shipped from bordering countries in the South-West border, such as Uruguay, Argentina, Paraguay, Bolivia and eventually Peru. From there is BR-163 highway, that cross longitudinally across Brazil, from the North of the country to the West of Rio Grande do Sul State. Those are well-known routes, not only for pesticides, but for all other products.
On the other hand, the counterfeiting route, is concentrated in Northwestern of São Paulo, Southern Minas Gerais and Southwestern Goiás States. The identification of routes takes place through data provided by public sources and then they are georeferenced. Often security forces watch the events of which they were a part. When you have access to global data, you can establish a more general view, which helps security forces and governments in strategies to fight organized crime.