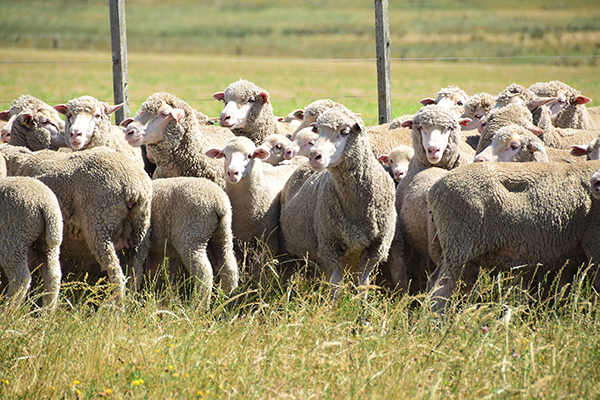 Sheep farming is traditional in Uruguay, and it’s products are mainly to exports.

After the export drop in 2020, due to the pandemic, the first quarter of 2021 exports of wool (dirty, washed and combed) totalized US$ 48.3 million.

Nowadays wool is a premium product in the market, more expensive than the synthetic fibers, and is distinguished because of it’s natural and biodegradable. 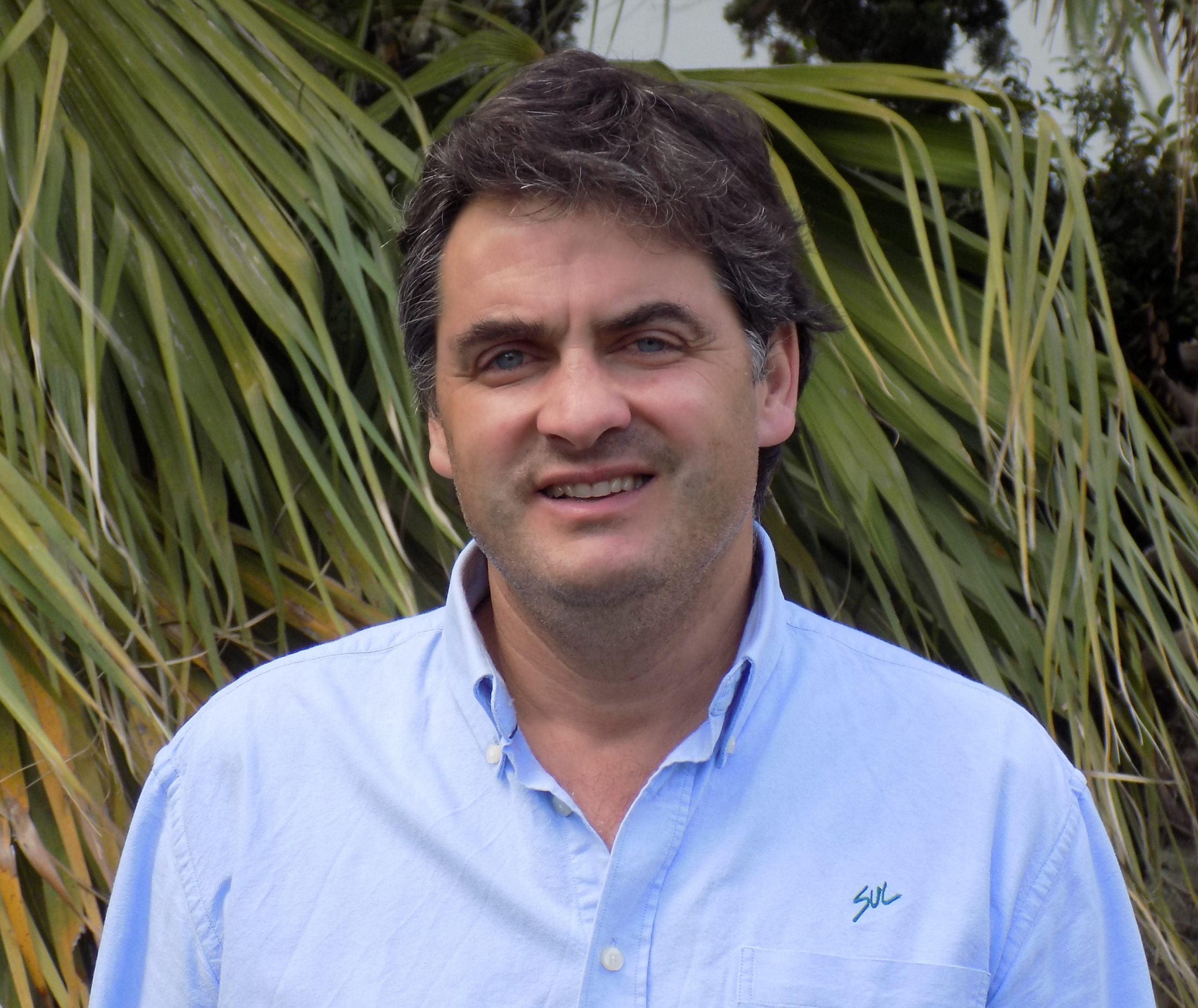 AgriBrasilis invited Ignacio Abella, Agronomist, with a masters at the University of New England, Australia, and member of Investigation and Development of SUL – Uruguayan Secretary of Wool, to talk about the wool production in Uruguay.

AgriBrasilis – How is sheep raising handled?

Ignacio Abella – Although there are a lot of sheep in Uruguay, they are mainly part of the livestock system with cattle meat producing breeds and based in forage formed by natural pastures. Because of the land competition with other crops, they are raised in extensive systems, with superficial soils. It’s a relevant area in the social sphere: there are more than 10,000 farmers with commercial flocks, involving 46,000 people in the first stage of the production chain.

AgriBrasilis – Can wool, milk and meat production be integrated?

Ignacio Abella – Most of the flocks produce wool and meat. Historically wool has been the main product of export but in the last years sheep meat has gained value, and today it contributes significantly to the sector’s revenue. The main raised breeds are called woodly or double purpose, those who generate revenue with wool and meat (heavy lamb, sheep or adult animals). Consequently, Uruguay is a good quality producer of wool, medium and thin microns, for clothing or interior fabrics. At the same time, the production of wool with less than 20 microns is consolidated. There is a milk farm with irrigated pasture that produces high quality cheese with sheep milk, but this is a specific example.

AgriBrasilis – How is the balance between tradition and new technologies?

Ignacio Abella – The sheep sector allies a secular tradition (incorporated by immigrants, mainly of european origin) with the incorporation of new technologies. There are many examples. For instance to choose the breeders, you can use a genetic merit estimation based on objective measures, mixed with traditional selection based on subjective aspects.

Depending on the goal of each farmer, you can find the one that fits better your demand. In the website “Ovinos Genetic ” there are genetic evaluations that each breed has and what are the main flocks involved. Parallel to that the wool presentation was improved with the adoption of Tally Hi fleece, the application of conditioning rules. At the same time, the use of objective measures has generalized in the wool lots: they are offered with basic information about the medium diameter of the fibers and the wash performance.

AgriBrasilis – How big is the wool market?

Ignacio Abella – Nowadays, wool is a “premium” product that stands out in a niche of the textile world market, dominated by synthetic fibers of lower cost. In this scenario, the challenge is reaching attractive and profitable prices for the farmers. This would be a consequence of a trend in the main consumer countries with high acquisitive power, that worship the natural and renewable, prioritizing the wool based product, for example. 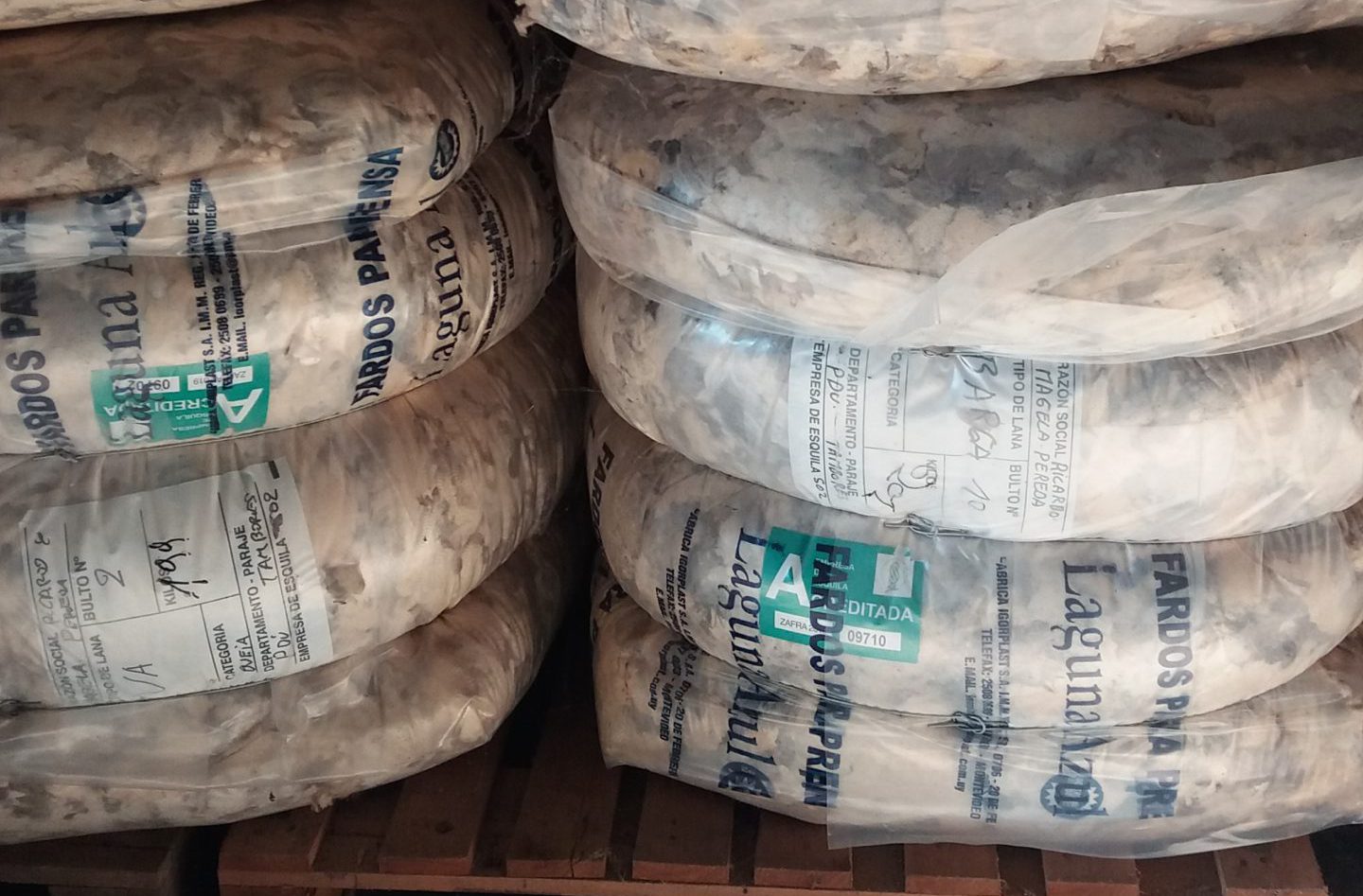 Wool is exported to more than 30 countries, China, German and Italy are the most relevant

AgriBrasilis – What are the differences between the sale of dirty, washed and combed wool?

Ignacio Abella – The textile process has a lot of stages from the beginning of sheep wool until the final product acquired by the consumer. In Uruguay, is where the primary stages of the production occur, completed in other regions (Asia and Europe). In this way, wool is exported in several ways: combed, washed or in its natural state. Bigger companies form an industrial world pole, that goes beyond the local wool, process and import from other countries (such as Brazil). 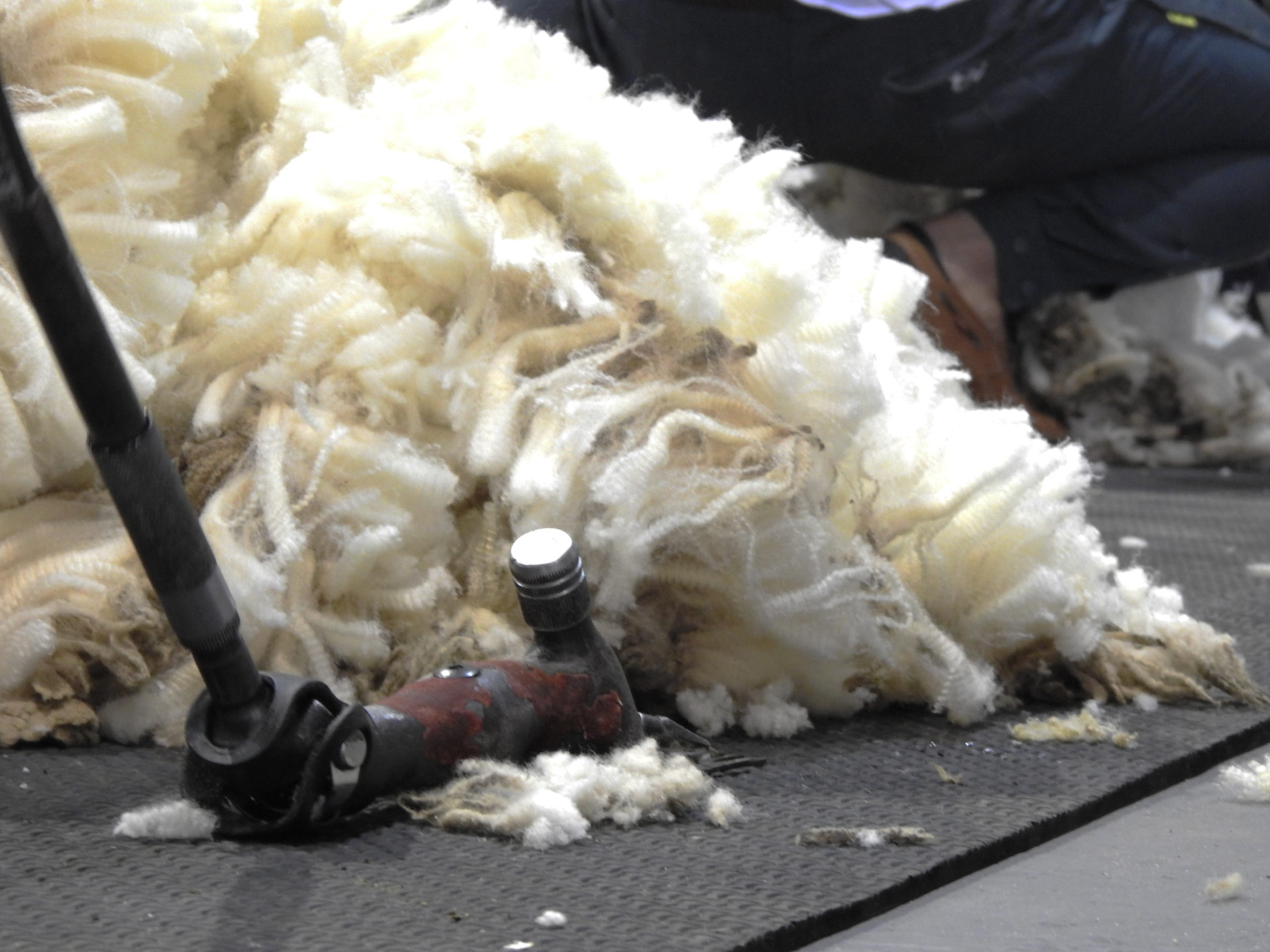 Lots of wool, packed with green marks and objective measures

AgriBrasilis – What are the benefits to the farmer?

Ignacio Abella – The existence of different commercial operators allows the Uruguayan farmer to count on several commercialization alternatives, amplifying their lots demand. Otherwise, to achieve best prices the wool must be of a good quality, well presented and count on laboratories analyses. In the last years, certifications in this sector have grown, such as RWS or GOTS that allow attending the demanding markets.

AgriBrasilis – What are the main markets?

Ignacio Abella – For wool and meat, international market is the most relevant, since the local consumption is low (despite the important work of designers and artisans and the local consumption of the meat). In the last 5 years, about US$ 268 million entered the country through exports. Uruguay exported a total of 19 millions of kilograms of wool in 2020 (54% combed, 24% washed and 22% dirty). It had more than 30 destinations, such as China, Germany, Italy, Turkey, Bulgaria and India, the most relevant. Talking about meat, 15.8 thousand tons were exported to China, Brazil and European Union. Although Uruguay has the status free of mouth-and-loss disease with vaccination, it’s necessary a sanititarty certificate for meat with bone to access some markets such as USA.

AgriBrasilis – Has the pandemic situation affected the production chain?

Ignacio Abella – The pandemic had a strong impact on the sector: during a presentation of the wool market, in the IWTO conference, the mention was that the magnitude was similar to the bankruptcy of Australian Wool Corporation and the disappearance of the support price system. A recovery of thin wool, reaching values similar to prepandemia occurred in 2021. Medium and thicker wool, several farmers still had to keep their production waiting for better prices. In the meat scenario, prices kept good values, because of a growing demand from China.