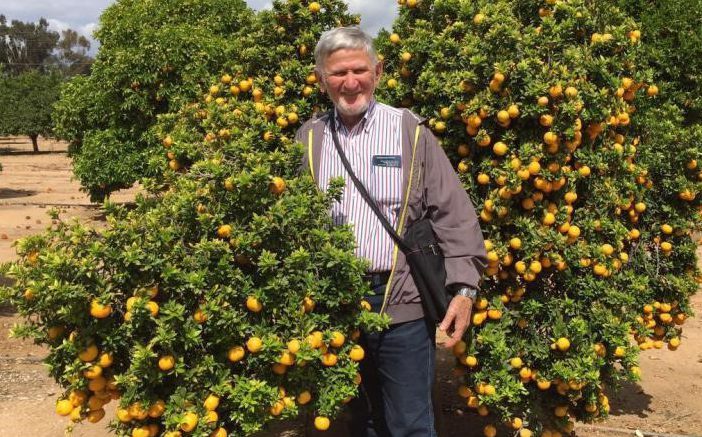 It is estimated that the 2020/21 orange harvest of the citrus belt in the state of São Paulo and Minas Gerais will be 286.72 million crates, 173.973.33 million productive trees in the belt’s orchards alone, responsible for 61% of the world juice production, with annual turnover of US$ 14 billion ¹.

However, a global problem limits citrus orchards, Greening, which was identified in Brazil in 2004 and according to the most current data raised by the same institution, currently 19.02% of trees in the southeast are contaminated by the disease, the only one of which solution is its removal and elimination to avoid contagion among other individuals in the orchard ¹.

Research has turned its attention to many areas of knowledge in order to solve this problem, one of which has been the biological control of the vector. In this context, estimates show that the world market for bioagents will generate more than US$ 5 billion this year, with more than US$ 800 million in Latin America, which is also driven by citrus ².

Santin Gravena is an agronomist graduated from Unesp, and holds a master’s and doctoral degree from ESALQ / USP. His postdoctoral title was granted by Texas A&M University, in the United States, and he is the founder of the Center for Integrated Pest Management at Unesp. He was Professor of Entomology at Unesp from 1986 until 1993, when he founded Gravena Manejo Ecológico de Pragas Ltda. He is also a current member and co-founder of the Group of Consultants in Citrus (GCONCI).
In order to address the new aspects of Integrated Pest Management, Santin Gravena wrote the following article to AgriBrasilis.

With the advent of technology for the benefit of agricultural activities and the sustained growth of the biopesticides segment in the world, and in particular in Brazil, the possibility for the farmer to adopt techniques recommended in the Ecological Pest Management system has increased. This system evolved from the Integrated Pest Management (IPM) system by focusing more on ecological tactics, anchoring itself in the strong sector of biodefensives added by biostimulants and in the restoration of soil microbiology. These are invaluable factors for sustainable, healthy, productive agriculture and under the ecological primacy so desired by humanity. It is clear that the balance in fertilization acts, at the same time, in order to increase or maintain yield, already implicit in the variety and to avoid pest outbreak. While chemical pesticides, biopesticides and biostimulants, act in the direct and indirect protection of the yield achieved by the former, generating all production costs.

The four principles of Ecological Pest Management (EPM) generated evolution in the IPM system, and why? Because IPM, despite having its concept registered as permanent in FAO, is understood by many as a combination of techniques. A stronger grip on ecological tactics was needed to make them more serious in practice. In the first place, it is not just a combination of techniques, because the integrated word supposes a technique that harmonizes with another. However, the focus had to be greater on ecological tactics and, therefore, we set out to issue four basic principles to better target intentions – making the system more environmentally friendly:

1. Every pest has natural enemies: protection and enhancement is the focus of EPM;

3. Every control can be selective in some way: physiological and ecological
selectivity;

4. Every environment can be manipulated against the plague and in favor of natural
enemies. 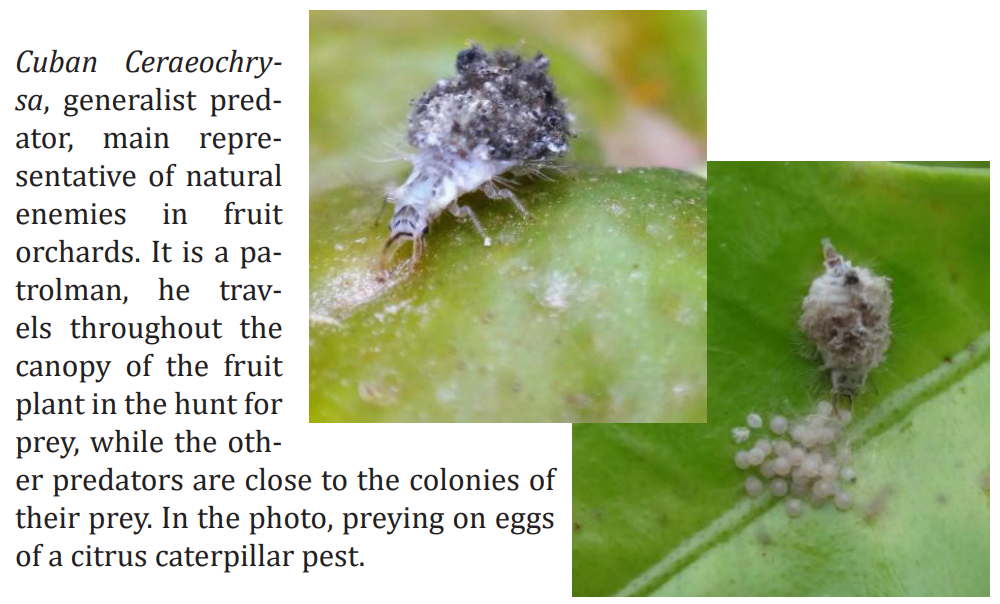 Therefore, in EPM, the emphasis is on principles 1 and 4, the second being supportive – bureaucratic, but important – because it is through him that we are able to adopt the so-called “level of non-action”. In other words, according to the population of the predator or key parasitoid of the target pest for management, we can decide whether to apply the chemical or biological pesticide, giving preference to the latter in sustainable agribusiness. By this second principle, we end up giving greater importance to the naturally occurring enemy (first principle) and the biopesticides, which is the artificial natural enemy.

Considering the situation of Citros in Brazil – an example of a culture in an extremely difficult situation in the face of this bacterial disease and a tremendous challenge for MEP to be fully realized – we will present possibilities to implement the technique despite the seemingly insurmountable obstacles to EPM.

The excellent yield of the citrus agribusiness is guaranteed in this harvest, despite the drought and at the expense of fixed calendars of wide-acting insecticide sprays for zero tolerance – the psyllid Diaphorina citri to avoid the bacteria Liberibacter asiaticus. Even so, the citrus park was reduced by 20% due to the disease. At the same time, there is a campaign to make citrus growing more sustainable.The suggestion we make at the beginning is to adopt the two management systems: Psyllid Management and Ecological Management of other pests. For this, an urgent measure is to rescue the function of the Pest Inspector (Pragueiro), to maintain regular inspection of the psyllid and other citrus pests in the orchards.

Resistance management should also be taken more seriously, both for psyllids and other pests – mainly citrus leprosis mites, Brevipalpus yothersi. For the first and fourth principles to be of greater weight in the EPM, it is necessary to lighten the load of highly toxic chemical pesticides to the natural enemies in the Management of the psyllid. At least in the monthly calendar, the 12 products in chemical groups should be alternated as different modes of action (if possible). Include biodefensives and growth regulators little by little, with guaranteed control [of the biological target] of at least 80%, as are the chemicals.

With Fundecitrus studies it is already possible, for new orchards, to use the Edge Banding technique (Cultura Bait). It consists of 14 streets sprayed with the tractor, which are necessary to surround the psyllids that would enter the orchard. These 14 streets act as a barrier to psyllids, and where the 12 chemical sprays would be made annually – one application per month – biweekly or weekly depending on the region and preserving the central area, where full EPM can be done, for medium orchards or higher.

Regarding the ecological techniques in use, in a seedless tangerine orchard, isolated from other citrus plantations – with hedges in the contours of a group of plots and windbreaks around unit plots – there is a controlled psyllid. However, using physiological management for normal production, despite some symptomatic Greening plants, with constant application of compounds of microorganisms to the soil and nutritional balance of nitrogen fertilizers, the EPM was performed.

1. Systematic release of the wasp, Trichogramma pretiosum, egg parasite of the lepidopteran Citrus Fruit Borer Gymnandrosoma aurantiana, via Drone. This release is made in such a way that the wasps emerge from where they fell and look for an isolated egg placed in isolated fruits, where they would penetrate and only appear in the harvest when someone, when peeling, came across the caterpillar between the buds. Many will be lost. The evolution of this technique is in the species, being studied at ESALQ / USP and can change from Pretiosum to Atopovirilia, even more efficiently.

2. Control of fruit flies Ceratitis capitata by mass attraction via nutritional substances with strong attractive power of the trade name CERATRAP. Implementation seems difficult, but the benefits outweigh the effort, in my view.

80 to 100 traps per hectare are installed, and then the substance is only replaced to continue attracting the flies and preventing them from attacking the fruits. It is an environmentally friendly control. Another biological control to be applied systematically against scale insects, white flies and mites with high efficiency, are the biopesticides based on beneficial fungi Metarhizium anisopliae, Beauveria bassiana and Isaria fumosorosea, with emphasis on the latter which is successful in the market.
Finally, the good old BT, Bacillus thuringiensis, well used for caterpillars, completes the citrus MEP, even with the terrible Greening barrier in front – which still involves zero tolerance to the vector of the Greening bacteria, a devastating disease that threatens still the Brazilian citrus groves.