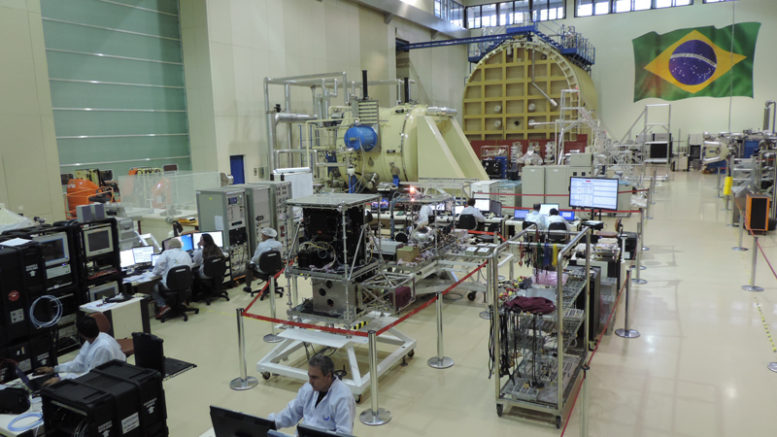 The National Institute for Space Research (INPE) is a world reference in remote sensing and has been monitoring deforestation in the Amazon since the late 1980’s, being a pioneer in satellite monitoring of
tropical forests. To address the issues related to deforestation and INPE’s activities, Luiz Aragão
granted the following interview to AgriBrasilis. 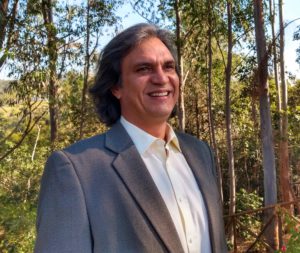 Luiz Aragão has a degree in Biosciences and Biotechnology from the Norte Fluminense University, interuniversity exchange doctorate in Remote Sensing from INPE and University of Edinburgh, as well as postdoctoral from University of Oxford. He serves as an Associate Professor at the University of Exeter-UK and is currently a Researcher at
INPE, Head of the Remote Sensing Division and chairman of the Scientific Committee for the LargeScale Biosphere-Atmosphere Program in the Amazon (LBA), coordinating the
TREES Research Group (Tropical Ecosystems and Environmental Sciences group).

AgriBrasilis – INPE has an artful monitoring program for the Amazon region. What is the ‘Mission Amazon’ about and what is expected from this work?
Luiz Aragão – In order for Brazil to achieve national autonomy in monitoring the Amazon, in 1988 a partnership was initiated with China for the development of satellites, known as the CBERS ¹ Program. At the end of last year, we launched the CBERS 04A satellite into space. The images generated by these satellites have been used to monitor deforestation in the Amazon and other biomes, in addition to being used for applications in agriculture, forest resources, and territorial planning.

With the knowledge acquired, Brazil was committed to developing a 100% national satellite. The ‘Mission Amazon’ had a budget of approximately US$ 73.5 million (R$ 300 million) for the development of the Amazônia-1 satellite, and an additional cost of about US$ 26.9 million (R$ 110 million) to send it into space. This satellite, scheduled for launch in 2020, will provide remote sensing data to monitor deforestation, especially in the Amazon region, as well as to monitor diversified agriculture throughout Brazil, with a high revisit time, subsidizing existing environmental programs in INPE.

AgriBrasilis – Based on the monitoring carried out by INPE, how has deforestation rates in the Amazon rainforest evolved?
Luiz Aragão – Historically, on average, between 1996 and 2005, the Amazon suffered an annual deforestation of 19,500 km², an area equivalent to more than two Tokyo cities deforested per year.
Deforestation rates in Brazil have declined by more than 70% since 2004, the year in which the DETER²
program was created. The decay trend continued until 2012, when the lowest rate of deforestation since
the monitoring rate was reached, with about 4,500 km² deforested, which can be attributed to factors such as: the creation of the deforestation warning system (DETER), which helps inspection actions against illegal deforestation; the implementation of environmental conservation policies; and the regulation of the commodities market with certifications of its products.

Since 2012, however, deforestation has been accelerating, reaching a rate of 9,760 km² in 2019, according to PRODES³ data. This fact is worrying because the commodities market has evolved to demand products
that comply with the law and have reduced environmental damage. Mainly, I highlight products from the Amazon, the largest tropical forest in the world and a provider of ecosystem services, such as mitigating the effects of climate change, guaranteeing water for the population and for agriculture, ensuring food, health and well-being of the population from all over the planet.

The monitoring and control of deforestation has become, due to the market’s need, an indispensable tool for Brazilian and global agribusiness. This year, if emergency actions are not taken, we will probably exceed 9,000 km² of deforested area.

AgriBrasilis – What is the situation on the agricultural frontier in the region of the Amazon  biome?
Luiz Aragão – There is already an extensive area of this consolidated border. Since 2012, we have again detected the expansion of this border with more than 6,000 km² deforested between August 2019 and May 2020, according to the DETER system. These deforestation activities that we see are mostly criminal, aimed at speculating the land market and illegal exploitation of natural resources. The proof of this reality is based on the fact that we have thousands of square kilometers of deforested areas in the Amazon and the Cerrado, without agricultural use and being continuously degraded.

I prefer to call this region the Arc of Deforestation. Actions in this region are concentrated in Pará, Mato Grosso and Rondônia, respectively, with approximately 2,600 km², 1,400 km² and 900 km² deforested between August 2019 and May 2020. These three states account for 79% of all deforestation alerts of the period stipulated above. We detected about 50% of deforestation in just 21 Amazonian municipalities, which should be the focus of inspection actions this year.

AgriBrasilis – How can the data generated by INPE assist existing environmental programs in order to achieve a level of sustainability?
Luiz Aragão – These monitoring systems are essential to contain illegal deforestation activities. Success in reducing deforestation is the starting point for sustainability. Firstly, it is necessary to understand that we can develop even without growing economically. If deforestation were reduced and stabilized, we would already be a more developed and sustainable nation.

Removing the forest cover prevents the Amazon from contributing to maintaining the humidity of the air
masses, which irrigate the fields cultivated in the south and east of the region. Without part of this forest,
rain can be reduced by up to 40% in these areas, which are one of the most productive in the country. A well-founded assessment of the impact of deforestation makes us understand that this process can jeopardize the nation’s long-term economic growth and degrade the well-being of the global population.

Regarding deforestation, we have already met several goals of the UN Sustainable Development Goals, in addition to other international goals, such as the reduction of greenhouse gas emissions, of the Paris Agreement in 2015, and those of the Biodiversity Convention.

AgriBrasilis – What is the connexion between deforestation and imbalance in the Amazon biome? Is it possible to measure socio-economic impacts?
Luiz Aragão – Deforestation activities generate a cascade of negative processes that affect the Amazon’s functioning. If we lose the Amazon, the implications will be disastrous. An amount approximately equal to
10 years of global carbon dioxide emissions will be emitted into the atmosphere. This is the amount of carbon that is stored in the trees.

The climate will become drier, with this the supremacy of Brazilian agribusiness, or even global, may decline. The result would be a huge food insecurity in the world and for Brazil, specifically, a break in its trade balance. This is because about 40-50% of Brazilian exports are based on agricultural commodities and derived products.

If we think coherently, we quickly conclude that illegal deforestation, both current and future, will not bring development to Brazil and may still risk the stability of planet Earth. Deforestation not only causes enormous environmental damage, with very high costs for the country and the world, but it also weakens us in terms of our competitiveness in the foreign market.

We must focus on development aimed at increasing our productive capacity, which requires investments in technology, to increase production per unit area, and the stability of ecosystem processes, which provide the essential elements for agricultural productivity, to ensure that advances in agriculture are not lost in the long term.

Why foreign investors are willing to stop investing in Latin American agribusiness?