“When it comes to the Brazilian economy, the adverse international scenario discourages growth, which is aggravated by the domestic conditions.”

Paulo Paiva is a former Minister of Labor, Planning and Budget and a professor at Fundação Dom Cabral. He has a degree in geography from Federal University of Juíz de Fora, and a master’s degree in economic demography from the University of Pennsylvania.
Paiva was president of the National Privatization Council, a member of the National Monetary Council, secretary of planning and general coordination and of transport and public works in the State of Minas Gerais, vice president of planning and administration of the Inter-American Development Bank and president of the Development Bank of Minas Gerais. 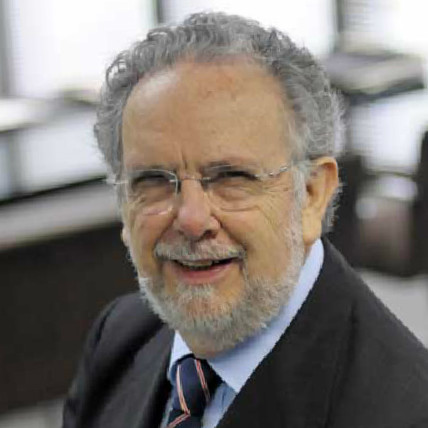 AgriBrasilis – What is the perspective for the economy and the probability of a global recession? Why is that?
Paulo Paiva – The future of the post-pandemic and post-invasion of Ukraine world economy is uncertain.
There are two vulnerabilities in the global economic scenario. One is the expansion of inflation, caused by the stimulus measures to protect the economy, mainly in the United States and Europe, including the United Kingdom, but not only in these countries. Monetary authorities in these regions are taking restrictive measures, such as raising interest rates to contain inflation. These measures increase the growth of the economy.
The other vulnerability is the consequences of the invasion of Ukraine, mainly its effects on the supply by Russia and Ukraine of food and fertilizers to the world and of gas from Russia to Europe, mainly to Germany if the conflict continues in the period of winter in the northern hemisphere. If these conditions continue, the chance of a global recession will be higher.

AgriBrasilis – In this context, what can be expected regarding to the economic growth of Brazil and the world?
Paulo Paiva – Regarding the Brazilian economy, the adverse international scenario discourages growth, being aggravated by domestic conditions.
Brazil will have to deal with adverse post-election conditions. Whichever president is elected, he will have to implement a fiscal adjustment program that aims to reduce the public deficit and, as a consequence, the trajectory of the public debt/GDP ratio. This adjustment will still have to adapt to the needs of maintaining an income transfer program, given the high level of vulnerability of the Brazilian population. Credibility and leadership will be keys to the economy’s success for years to come.

AgriBrasilis – How is the inflation, interest and exchange rates associated with the performance of the national economy?
Paulo Paiva – The growth of the economy depends on at least two factors: macroeconomic balance and productivity growth.
About the macroeconomic balance side: as the Brazilian economy is opened, mainly in its commodity producing sector, such as in agribusiness, energy and mining, and maintains an open exchange rate policy, exchange rate volatility affects the domestic prices. For example, recent increases in the prices of oil products have both affected the exchange rate, which indirectly affected other prices, such as diesel and gasoline prices, spreading to the prices of other products, causing inflation. The fall in the prices of oil products and the reduction in the exchange rate took away their upward pressure on inflation.
When inflation increases, the Central Bank uses its monetary policy (increase in the Selic rate, the basic interest rate of the Brazilian economy) for price expansion and the implementation of the price center by the National Monetary Council. This is essential to give predictability and confidence to the market.
Here I introduce the fiscal issue: if the primary result (tax revenues – budget expenditures, excluding interest payments) were in surplus, the Central Bank would have more degrees of freedom to establish a lower basic interest rate. As the government does not respect the fiscal limits adopted, the Central Bank maintains the Selic rate higher than the tax would be if the budget was kept. Higher interest rates represent lower growth.

AgriBrasilis – How is the foreign investment flow in Brazil? Are the prospects favorable? Why?
Paulo Paiva – According to the Central Bank’s Focus report, published on August 29th, estimates for the inflow of Foreign Direct Investment for the coming years are US$ 58 billion in 2022; US$ 65.50 billion in 2023; US$70 billion in 2024; and US$75 billion by 2025.
The values mentioned reflect the historical level when the economy is growing and the foreign market’s confidence in the strength of the Brazilian economy in the long term (overcoming the crisis during the course of the new government, regardless of who is elected). They also correspond to the geographic position of Brazil, which is far from the poles of geopolitical tension (Eastern Europe, Middle East and East Asia). Finally, they are in line with the view that Brazil does not present external risk in its balance of payments. Its foreign exchange reserves, above US$ 350 billion, are comfortable.

AgriBrasilis – Do you consider that Brazil still depends on opening up to the private sector?
Paulo Paiva – Absolutely. There are not enough public resources to develop physical infrastructure in Brazil. The rate of public investment as a proportion of GDP is insignificant for the size of the Brazilian economy. Therefore, it is essential to continue and deepen the concession and privatization programs in infrastructure (transport, energy, sanitation, etc.).

AgriBrasilis – How is it possible to increase productivity in Brazil? What is the relationship between productivity and population growth?
Paulo Paiva – Productivity in Brazil has been stagnant for decades. FGV’s Regis Bonelli Productivity Observatory, which estimates productivity data for Brazil, shows that between 1980 and 2021 the per capita income grew only 0.8% per year, while productivity per hour worked increased by 0.6%. Demographic growth was important for per capita income to maintain, even if modestly, its growth over the last fifty years.
But the future will be different. In the space of one generation, the Brazilian Institute of Geography and Statistics informs us that population will stop growing; by 2047, it will stabilize at around 230 million people. In this short period, however, the working age population (20 to 69 years old) will increase by 12 %; however, their age structure will undergo profound change. By 2050, compared to the current situation, the 20 to 49 year old segment will have a net loss of 26.812 million people, while the 50 to 69 year old segment will have an expansion of over 43.425 million. In this way, between 2022 and 2050, for every 100 people aged 20-49, the number of people aged 50-69 will rise from 43 to 120!
In the field of labor productivity, it is necessary to improve the quality of secondary education, use flexibility in the new curricular structure to reconcile formal service with the professionalization of new workers. As the number of new entrants to the labor market will be smaller, compared to today, it will also be necessary to retrain the elderly population, for example, from 50 to 60 years old, so that it can also contribute to increase productivity.
We must take care of the new economy, with the advances of the digital revolution, so that this transformation is able to positively impact the increase in productivity, without increasing the exclusion of the population from paid activity.
Finally, we must pay attention to the conditions that allow a better business environment, such as greater legal certainty, tax reform and administrative reform, and also encourage the expansion and improvement of the physical infrastructure network in the country.

AgriBrasilis – How can the increase of tensions between China and the US affect economies?
Paulo Paiva – This is part of the geopolitical uncertainties that dominate the world in the first half of this century. I would say that to the extent that these tensions affect the growth of the global economy, they will negatively affect the Brazilian economy.
However, tensions can become opportunities for the Brazilian economy. For example, replacing the imports that the United States and Western Europe currently make from China, also taking the opportunity to replace China in value chains that will be closer to Western economies.
The Brazilian economy has an excellent opportunity to expand its exports of vegetable and animal protein to feed the world and become an example of a green economy, considering its special conditions, with its biomes, its hydrographic basins and its climate. Reconciling a low carbon economy with an increase in agricultural and livestock production can create the conditions for a new Brazilian miracle.

“Brazilian agribusiness has grown at Chinese rates” Interview with Sylvia Brasil Coutinho, CEO of the UBS Bank in Brazil