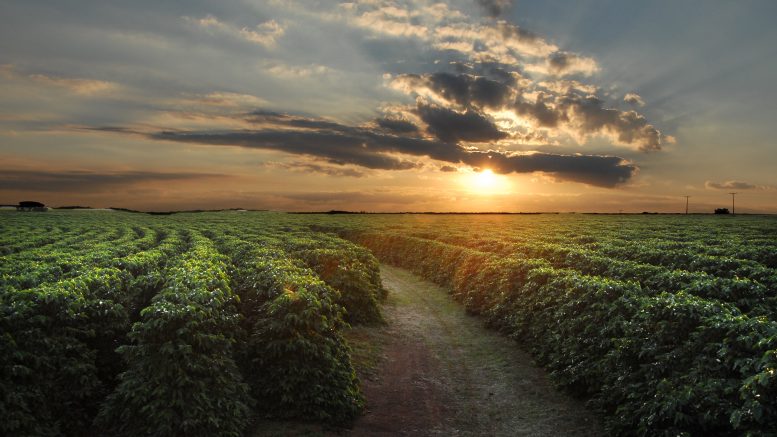 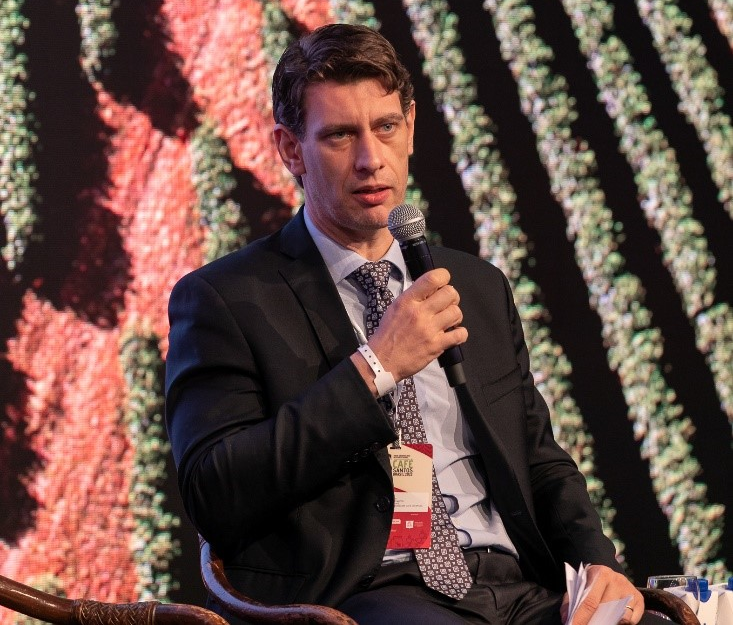 Matos is an agronomist and holds a master’s degree in agronomy from the University of São Paulo (USP), School of Agriculture “Luiz de Queiroz”.

AgriBrasilis – What is the Cecafé label? What guidelines does Cecafé follow to ensure sustainability in the coffee production chain? What is the importance of respecting ESG criteria?
Marcos Matos – Cecafé, with its 122 associates, represents approximately 96% of Brazil coffee exports to more than 120 countries. The Council is always alert to the regulatory trend, new demands and opportunities in times of ESG.

For more than two decades Cecafé has invested in sustainability, in all its fundamental pillars. In the social area, with the programs “Coffee Kids at School” and “Collective Action for Social Welfare”. In the environmental area, the training programs “Informed Producer” and “Safe Coffee”, which include multi-residue monitoring of Brazilian coffee farmers.

Also noteworthy in the environmental field is the coffee carbon balance project in the producing regions of Minas Gerais State, which demonstrated that coffee is carbon negative, that represents potential climate change mitigation and opportunities for Brazilian coffee growers.

Thus, as an endorsement of all these actions and in line with Cecafé’s Strategic Planning, the organization has a Code of Ethics and Conduct, in which members expand the ethical precepts and current laws to the entire production chain. To represent all these actions Cecafé has the Seal of Sustainability, which strengthens sustainability actions and the commitment to the ESG precepts and criteria.

AgriBrasilis – In the face of rising commodity prices, extreme weather events, and fertilizer shortages, how can we support our associated farmers? What are the main challenges for the consistent production of quality coffee?

Marcos Matos – Cecafé represents the commercial flow, both to supply the internal industry (Brazil being the second largest coffee beverage consumer) and the external one. There are national, global and cooperative companies among Cecafé’s members.

Given the scenario of high input prices, we have promoted sustainable practices, such as the use of bio-inputs in the coffee industrial park. Such action demonstrates even more impact on the dynamics of negative carbon and promotes soil conditioning, since there is an improvement in the physical-chemical and biological characteristics, as well as, due to the organic fraction, a gradual availability of nutrients for the plants.

About 80% of the fertilizers Brazil uses are 95% potassium, 80% nitrogenous, and 55% phosphate. In coffee, there are important sources of nutrients generated on the farms themselves. For example, coffee husk and straw can come from the wet coffee processing and the beneficiation stage, generated in large volume in the coffee areas themselves.

Good agricultural practices, including the use of biomass between the rows, always mentioned in Cecafé’s training programs, result in the mitigation of climate adversities. Through innovation and new technologies, Cecafé supports the expansion of Rural Insurance in Brazil as a mechanism to professionalize coffee growers in the face of climatic anomalies.

On the economic side, Cecafé, in partnership with Serasa Experian, launched a platform for the management of coffee futures contract risks. With this project, the defense and management of the contracts is pursued as a long-term market instrument, which adds liquidity and sustainability to the Brazilian coffee agribusiness. For growers, it means sustainability, by means of liquidity, income, predictability, and investments. For exporters and cooperatives, it represents origination with risk management and long-term planning.

In addition to this, Cecafé supports the Coffee Research Consortium, coordinated by Embrapa Café, encompassing the 95 lines of research in progress. Among them, the genetic improvement, considering resilience to climate anomalies, resistance to pests and diseases, higher productivity and quality of the drink. 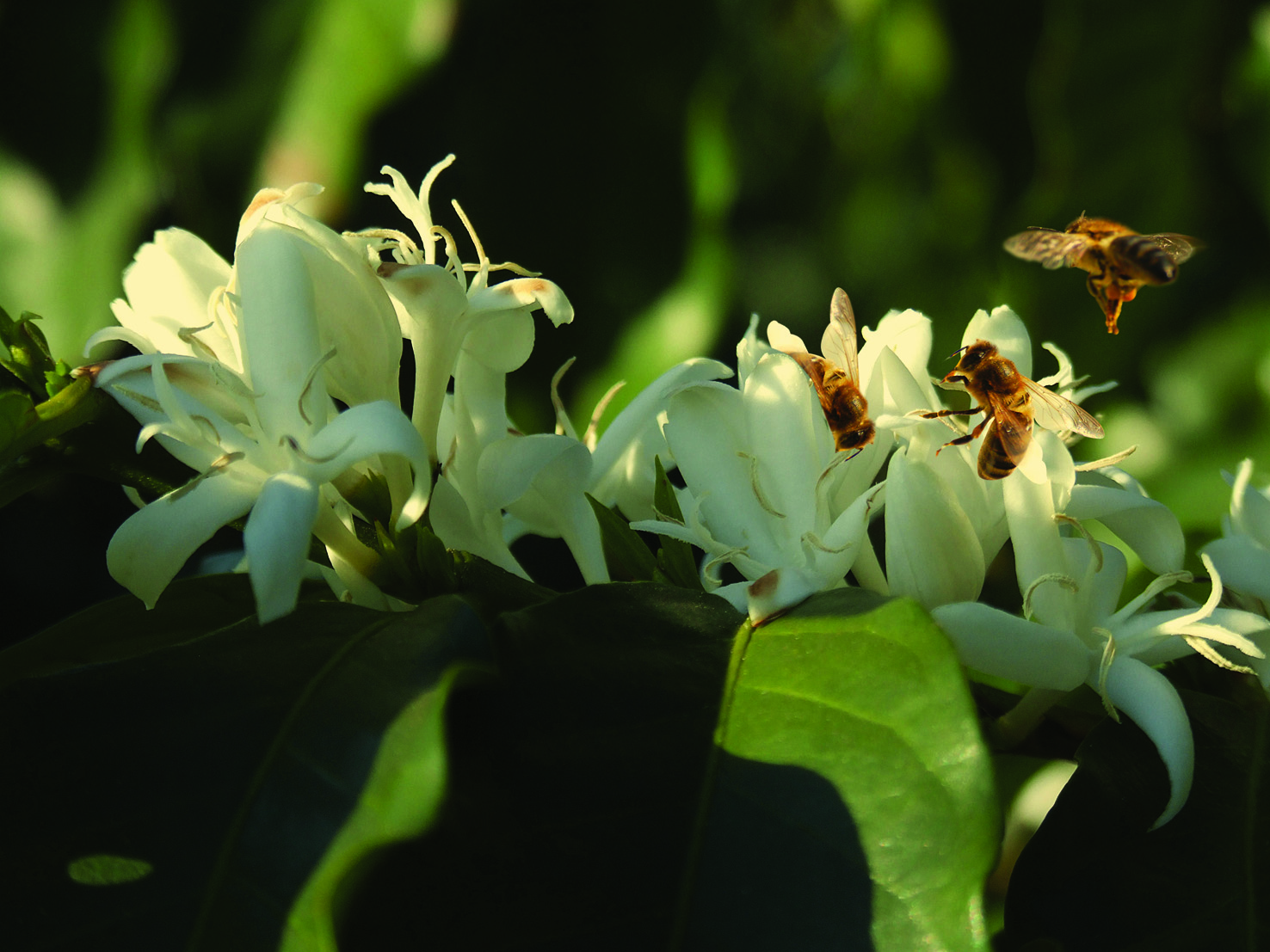 AgriBrasilis – What could be improved in the coffee production chain, and what is needed to make this happen?

Marcos Matos – For the strengthening and expansion of Brazilian leadership, some points need to be highlighted:

a) Greater support for research, development and innovation, with emphasis on the Consortium and Coffee Research and other regional research organizations. To do so, it is necessary to increase investments and professionalize the management of the entire research network. Such action results in more productive coffees, with higher quality and resistance to pests, diseases and climate change;

b) Expansion of Rural Insurance. Brazil is a continental country, exposed to climatic anomalies. Thus, with the use of new technologies, it will be possible to expand the areas of insurance coverage in coffee, with lower cost, greater agility, adapting to the new realities in the field;

c) Improvement of production statistics. It is necessary to increase efforts to improve the accuracy of harvest statistics, both for Arabica and Conilon coffee, which would reduce speculation in the face of an equated supply and demand picture;

d) Infrastructure: an issue of fundamental importance, not only for coffee, but for the whole Brazilian agribusiness. Expansion of the railroad modal, greater action by the regulatory agencies ANTT and Antaq to prevent abuses, concessions and privatizations in the sector, with greater investment in port terminals to reduce costs.

AgriBrasilis – What are the main differences between the two species of coffee cultivated in Brazil? Which is more accepted in the domestic market and why? 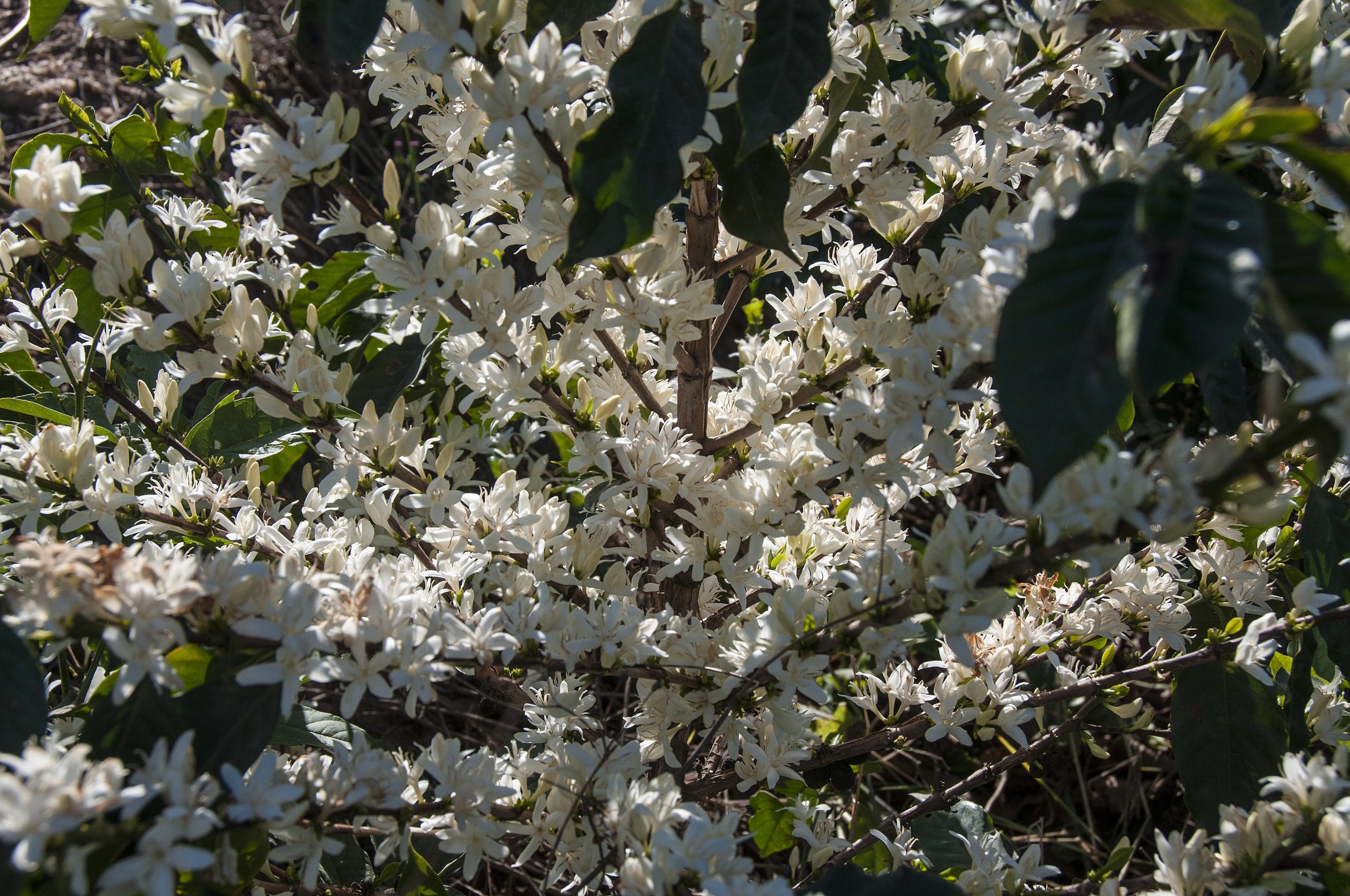 Marcos Matos – The coffee tree belongs to the Rubiaceae family, Coffea genus, and the two most widely cultivated species of this genus are: Coffea arabica (L.) (Arabica coffee) and Coffea canephora (L.) (robusta or conilon coffee).

The Arabica coffee originated in Ethiopia (Africa), growing in the understory of tropical forests, altitudes of 1,600 to 2,800 m, average annual temperature of 20º C, rainfall of 1,600 to more than 2,000 mm, and the caffeine content of the beans is less than 1.5%. It is appreciated for the quality of its beverage, so it is used in the industry of roasted and ground coffee.

Canephora coffee is originally from Congo (Africa). This species originates from dense understory of equatorial forests, altitude of up to 1,200 m, average annual temperatures between 24º and 26º C, rainfall greater than 2,000 mm, distributed over nine months of the year, and high relative humidity, close to saturation. It is consumed in blends with Arabica coffee, with up to 50% or more of its composition, thanks to the quality work was developed in Brazil, observing the improvement of the variety and the conilon coffee post-harvest operations.

Conilon coffee has been widely used in espressos, contributing with “body” and density. It has also been used as a valuable source of favorable alleles for resistance to pests, diseases, and nematodes in breeding programs using both species.

AgriBrasilis – What new markets can still be explored?

Marcos Matos – Coffee consumption has evolved significantly around the world, including in traditional and new markets. About the new markets, we highlight:

a) Arab countries: imported 1.6 million bags in 2021, representing about 4% of Brazilian coffee sales.

b) Producing countries: 3.2 million bags in 2021, representing 7.9% of Brazilian coffee sales. Among the producer countries, Colombia is the third largest coffee producer in the world and was the seventh main destination of Brazilian exports of the product. The neighboring country bought 1.158 million bags, showing the highest growth in volume in the period, 289,561 bags, equivalent to a percentage increase of 33.4 points.

c) Asian countries: imported 6.6 million bags in 2021, representing around 16.5% of Brazilian coffee sales. Growth observed in the Chinese market is noteworthy. China was the second largest buyer of Brazilian coffee in 2021, behind Colombia, increasing its imports by 132,003 bags (+65%) compared to 2020. In the 12 months of last year, the Chinese purchased 333,648 bags of the Brazilian product.