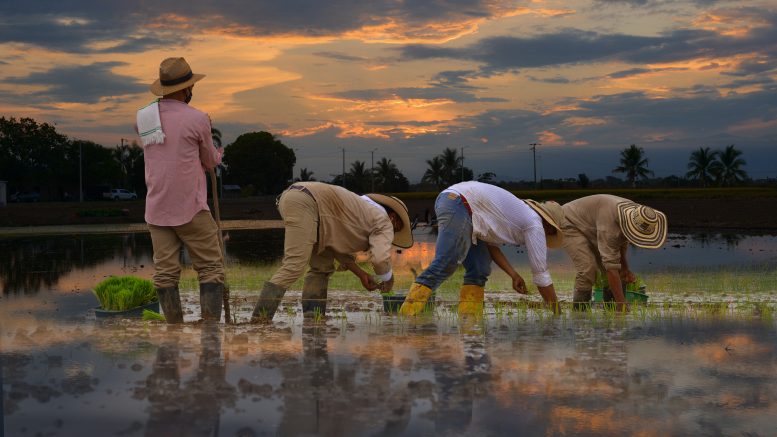 “There is uncertainty because of the new Government, but potential is there. We have access to two oceans and many ports with infrastructure around them that is only getting better.  The professional talent that we have in Colombia is amazing. We have a lot of foreign investment…”

Jorge Enrique Bedoya is the president of the Colombian Farmers Society. He is a master of public policy by the Harvard Kennedy School of Government, having directed the National Poultry and Egg Industry Association of Colombia.

Bedoya was vice minister of defense for policy and international affairs of Colombia and director of the Bavaria Foundation, an important nonprofit organization in the country. 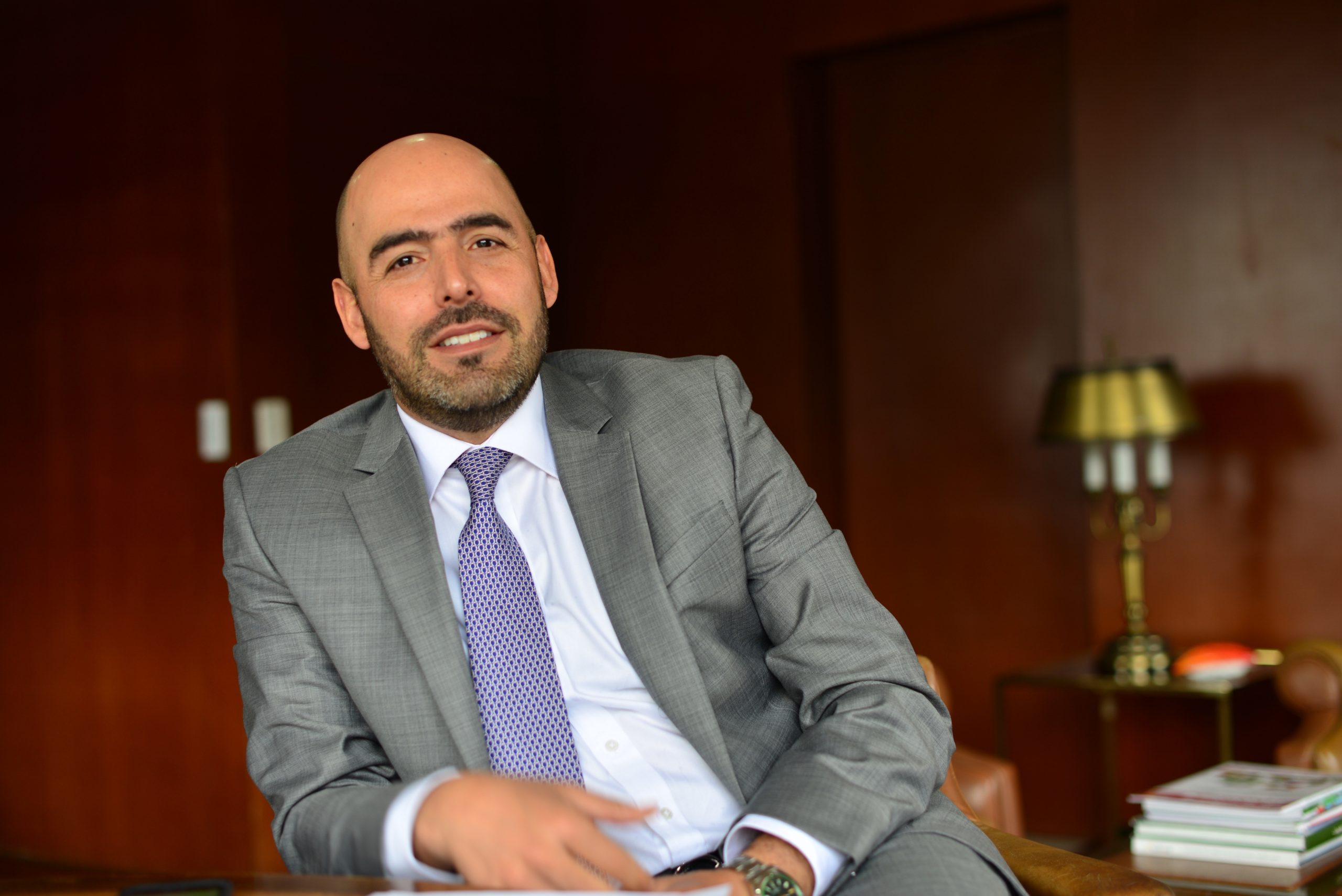 AgriBrasilis – Who does the Colombian Farmers Society represent and what are its activities?

Jorge Bedoya – The Colombian Farmers Society was founded 150 years ago. We represent the agribusiness sector in Colombia. More than 75% of the Colombian agricultural GDP is represented by the association, including the poultry, swine and aquaculture sectors, for example.

We present agricultural policy matters to the Government, Congress, at the international stage and before the public opinion.

AgriBrasilis – What are the main difficulties faced by the agricultural sector and how are the links in this chain overcoming them? What is the role of the State?

Jorge Bedoya – During the last two years we have suffered four major problems. First was the crisis in the global supply chain. Second were the pandemic and the effects of isolation measures: with the outbreak of Covid-19, household consumption plummeted and created a major problem in terms of profitability for farmers. Third challenge was faced a year ago, when Colombia suffered 25 days of more than 3.000 road blockades all over the country. It impacted our economy and agriculture, causing inflation of food prices for consumers. Finally, starting on February 24th of 2022, there was the Russian invasion of Ukraine.

The role of the Government is critical in terms of providing support and measures that could alleviate this burden, although at least three of the problems mentioned are external, which makes them more difficult to solve. Inflation has skyrocketed in the last year. In the first six months of 2022, the Government created mechanisms to provide more resources to consumers, especially for the poorest population.

The Government also tried to define some specific measures to compensate for the high costs of production caused by input prices, like tariff reductions, or by trying to find money to subsidize fertilizers. But the crisis is so big that no amount of resources will be able to solve it.

We have to wait for the market to adjust itself. We are lucky that most of our products that are exported to international markets, like coffee, palm oil, sugar and avocado, with their prices in a high rate right now. Exchange rate is also high. For exporters this is a good scenario. But for the domestic market conditions are challenging.

In less than a week we will have a new president, so we rely on the measures of this new Government. Hopefully those measures will be technical and not only political.

AgriBrasilis – What is the SISAC (Colombian Agricultural Sector Information System) and what is its importance?

Jorge Bedoya – Having real time information is critical for farmers to make their decisions. Factors such as climate change or impacts of international markets in the domestic scenario make information necessary.

The Government and private associations need to create information systems that provide tools and solutions for farmers to make their own decisions. Colombia has a lot of space to grow in that regard, but information must be a public good for all involved in agribusiness.

Colombia has suffered more than 50 years of terrorism and internal conflict. That has delayed the possibility of achieving the competitiveness that other countries have. Because of this matter, we don’t have the roads that Brazil has. This has delayed our role in the international markets.

We are building from scratch. Moving forward in terms of information, it is critical now that some of our sectors are making their first steps, entering international markets. For us to be able to access South Korea, Japan, or European countries, we need to have very good information systems.

AgriBrasilis – How has the terrorism you mentioned delayed advances in agriculture in Colombia?

Jorge Bedoya – When you have violence in a country, be it the FARC, the ELN, criminal gangs, the presence of narcotics or of illicit mining, development is delayed.

Colombia has more than 39 million hectares of what we call our agricultural borderline, which is land where farming is possible. Out of those, we are just using 7 million hectares. We only have 175,000 km of rural roads, being that only 10% of those are in good shape.

Why is it that the State has not been able to build roads in rural areas? At least for the last 50 years, most of those areas were involved in a battle between Colombian military forces and outlaw groups. One of them demobilized during the Government of President Santos (the FARC ended in 2017), but we still have the ELN, who are dissidents of the FARC. It’s difficult for the State to act where you have criminals moving around.

The country is not in a complete mess, of course. We have places where domestic and foreign investment is happening. We are moving forward, but if we really want to compete in international markets, we need more security, less violence, stable rules of engagement and so on.

AgriBrasilis – What are the highlights of family agricultural production in Colombia and what actions are carried out to encourage and support the segment?

Jorge Bedoya – We have half a million families dedicated to coffee farming while also growing their own food. The role of family agriculture is very important here.

In the past, the State has made efforts to provide financial inclusiveness through subsidies for loans and credit lines oriented to specific populations like women farmers or black and indigenous communities.

There was also a program trying to guarantee land property ownership for small farmers so that they could access financial systems, for example. During the pandemic, efforts regarding education and technical assistance were very important.

When you have more than 3.5 million people employed in agriculture, you need a sound commitment in terms of resources from the Government to support those areas. There should be investments in research, infrastructure, public goods, and other areas to support family agriculture.

In a globalized market there is competition from other countries. It is necessary to achieve an economy of scale, to achieve vertical integration; you need to know about branding, marketing, to get closer to the consumer, and so on.

We still have much to do to support family agriculture in Colombia, so that they can survive and compete in the domestic market and hopefully reach international markets, but that requires bigger production scale.

AgriBrasilis – What is the relevance of ESG in agribusiness in Colombia and what is the level of commitment of the links in the agricultural production chain?

Jorge Bedoya – ESG is critical for any country. We need to take care of our natural resources and think of future generations. This is a responsibility for companies and farmers, but also for consumers.

Implementing good practices can impact on costs of production. When you are supplying food to poor consumers, you don’t have the luxury of increasing costs. International markets could probably pay more for organic products, for example, or for more sustainable packaging, etc.

It’s the role of Government to create mechanisms to make sustainable practices possible for international and domestic markets. I would say that ESG is an ongoing challenge for the entire agribusiness sector. There are different levels of implementation, depending on the financial possibilities of each participant.

We are trying to build awareness for everyone linked to the food system. This has to be a jointed approach. It can’t be a single effort from the farmers, consumers or retailers.

AgriBrasilis – Is there technological cooperation between Colombia and other countries from Latin America to improve agriculture?

Jorge Bedoya – There are some examples: there is strong cooperation with Brazilian research institutions, like Embrapa.

In the past, the palm oil industry has had cooperation with Ecuador through technical assistance and research programs. 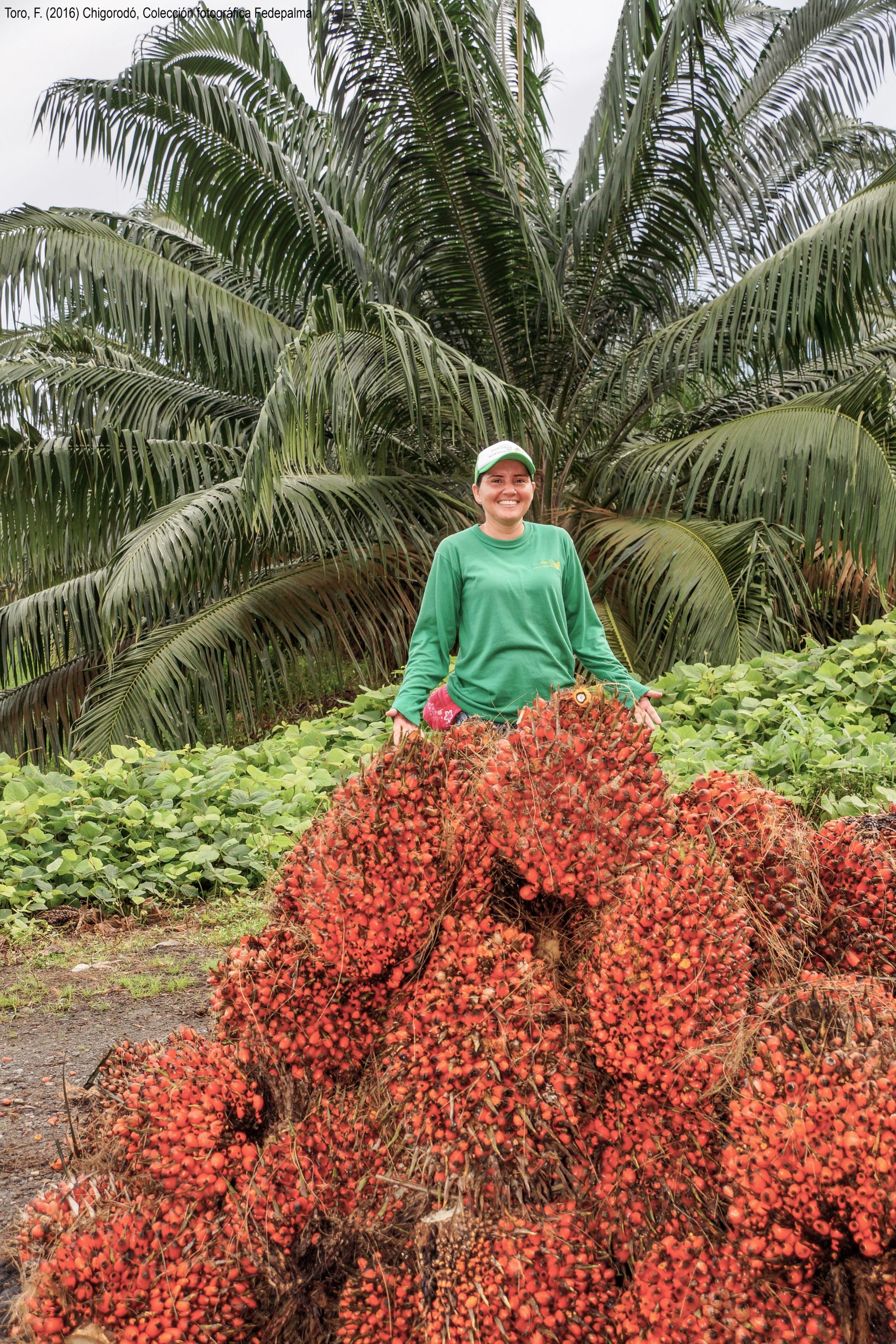 AgriBrasilis – What measures do you plan to take in the face of the new tax reform proposal and possible taxation of Colombian food?

Jorge Bedoya – For now there is no official text or draft of this reform because the new Government has not started.  I rather not speculate in terms of the content, but the elected president has said that they will not tax food and they are not modifying the VAT tax that we have in the agricultural sector, which is good news. Right now, it’s better to wait and read the draft that they are going to submit for Congress.

This reform is happening because the new Government has the intention to undertake and carry on multiple social programs. This was their political platform during their campaign, so they have to fulfill their promises. They have to provide for the poorest people, they want to create jobs, and they need resources. Every Government in Colombia brings forth this idea to have a structural tax reform, but it never has been approved by the Congress.

In terms of progressive taxes, the wealthiest have to pay, which is understandable. It is the right way to do it, but the problem is: how do you make sure not to hinder creation of employment? How to actually foster the creation of new companies, small and medium enterprises, and so on? We also need a clear environment for investors.

We need a stable country in terms of taxes and finance and also in the signals that are given to the private initiative.

AgriBrasilis – What are the country’s prospects for the agricultural market in the medium term?

Jorge Bedoya – We have huge potential. Colombian agriculture borderline is still to be explored, as I’ve mentioned. Our domestic market is solid, even after the pandemic. There were good initiatives by the Government in terms of the vaccination program to control the pandemic. Our economy is vibrant now.

We are entering more international markets, which is good. We need to make sure that rules and policies that the new Government is going to dictate and implement are propellers for agricultural production and profitability.

There is uncertainty because of the new Government, but potential is there. We have access to two oceans and many ports with infrastructure around them that is only getting better.  The professional talent that we have in Colombia is amazing. We have a lot of foreign investment. Our democracy is one of the most stable in the continent. It all depends on the measures the new Government implements.