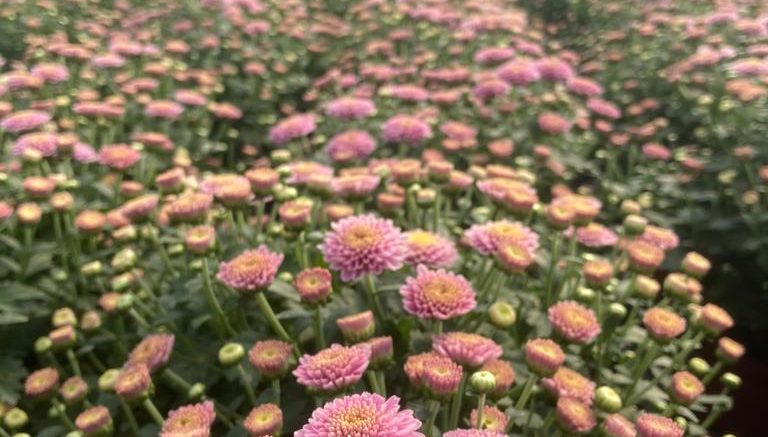 Cinara Libéria Pereira Neves is a professor at Holambra Agribusiness College and the Adventist University Center. She is an agronomist with a master’s and doctorate in phytotechnology from the Federal University of Lavras. 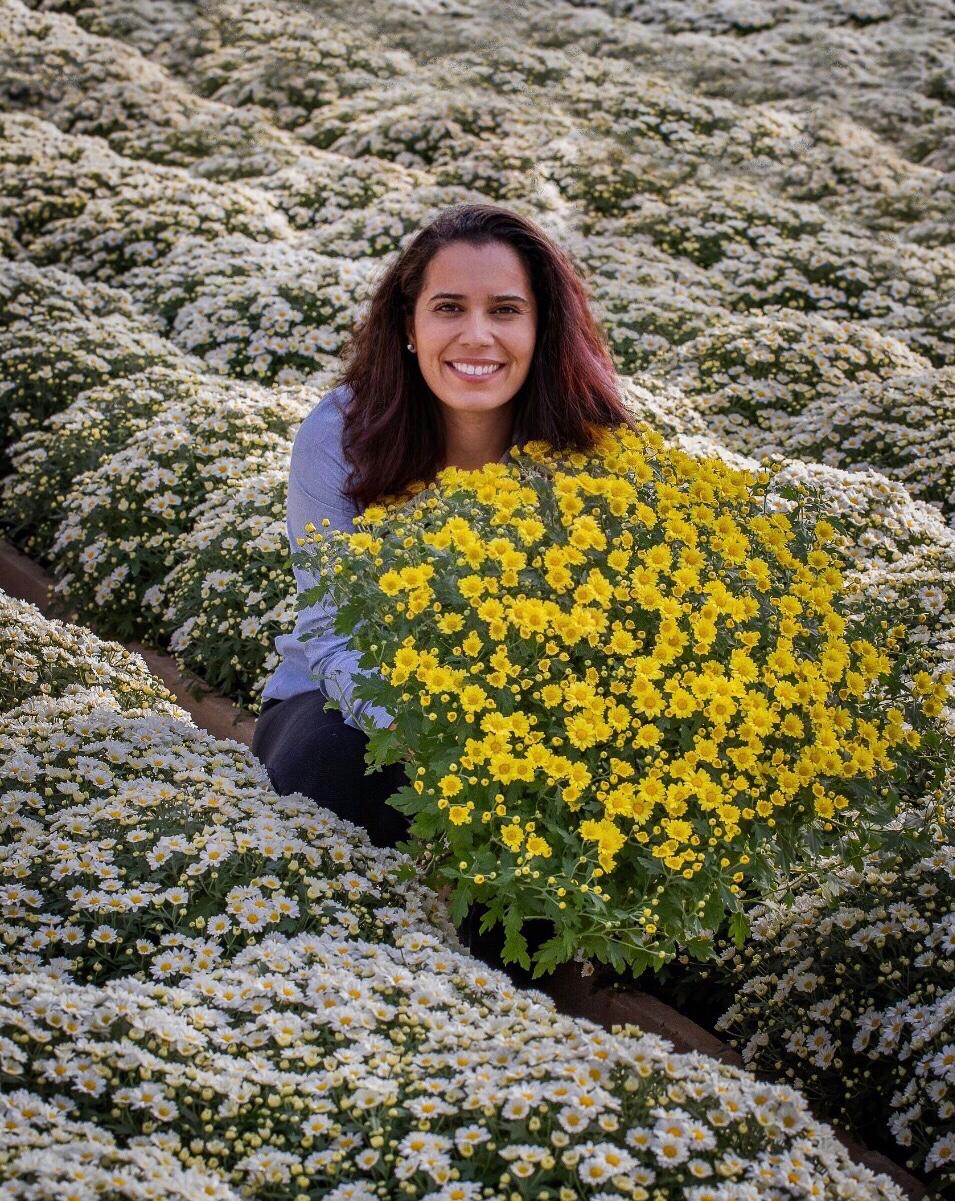 Cinara Neves, one of the 100 most powerful women in agribusiness in Brazil.

Neves is the owner of CN Soluções Inteligentes em Plantas Ornamentais e Floricultura and of Tenda Escola, and was recognized by Forbes as one of the 100 most powerful women in agribusiness in Brazil.

AgriBrasilis – What is the market for flowers and ornamental plants and its growth potential in Brazil?

Cinara Neves – Brazil currently has a market of 2,500 commercial species, with about 17,500 varieties, produced by almost eight thousand growers located in production centers spread throughout the country.

The cities of Holambra (national flower capital) and Atibaia in São Paulo State, Andradas in the state of Minas Gerais and São Benedito in the state of Ceará stand out. There are other flower production poles in the states of Rio Grande do Sul, Paraná, Santa Catarina, Rio de Janeiro, Goiás, and the Federal District.

The flower and ornamental plants sector creates more than 200 thousand direct jobs and 800 thousand indirect jobs. The market is growing nonstop for the last seven years. For 2022, a growth of 12% is foreseen.

AgriBrasilis – The activity is capable of providing high profitability per cultivated area, even on small properties. What are the actions that allow for this profitability to be reached?

Cinara Neves – The sector is mostly composed of small farmers, on properties of around five hectares.

The volume of plants grown per square meter can be represented by harvested stems or planted pots. These plants have undergone genetic improvement, providing fast cycles, with products of extreme quality, not to mention that the work is done in protected environments, which provide for an easy handling of the plants, leaving them ready to be sold in a shorter period of time and at any time of the year.

AgriBrasilis – What are the main researches with flowers and ornamental plants nowadays and how has the research evolved in the last years in Brazil?

Cinara Neves – Current research is based on the life cycles of the species, fertilization, and post-harvest. Brazil, for being very extensive, has different farming poles. The logistics of distribution throughout the national territory has encouraged this kind of research, because they complement each other and are directly linked to the quality of the plants delivered to the final consumer.

Cinara Neves – The flowers and ornamental plants sector employs several management technologies, such as: biological control, use of micropropagated seedlings, high precision fertilization, use of specific formulated substrates for each type of plant, flower dyeing with color options that do not exist naturally, etc.

Not to mention that we have machinery to serve the sector as seedling selectors, pot fillers with substrates, planters, plant classifiers and for packing.

Biofactories are important suppliers of micropropagated seedlings for agricultural production in Brazil, growing several kinds of plants, such as sugarcane, banana, and strawberry. For our sector, plants of the class Liliopsida are the most micropropagated. The main plants produced in this system are the orchids: Phalaenopsis, Maranta, Philodendron, Syngonium, and Alocasia.

AgriBrasilis – How relevant is the Brazilian flower export? What are the main species destined for export?

Cinara Neves – Brazil is still not a very big exporter of flowers in the world, like Holland, Colombia, Kenya, and Ecuador.

Due to the pandemic, the situation has changed, and with the difficulties imposed by sanitary barriers and even the availability of ships and airplanes, we have had a major impact on the world flower exports.

The Brazilian exportation is composed of bulbs, tubers, rhizomes, cut flowers and foliage, besides seedlings and ornamental plants, having as main destinations Uruguay, the United States and Holland, with species of violets, dahlias, gladioli, roses and Alstroemeria. 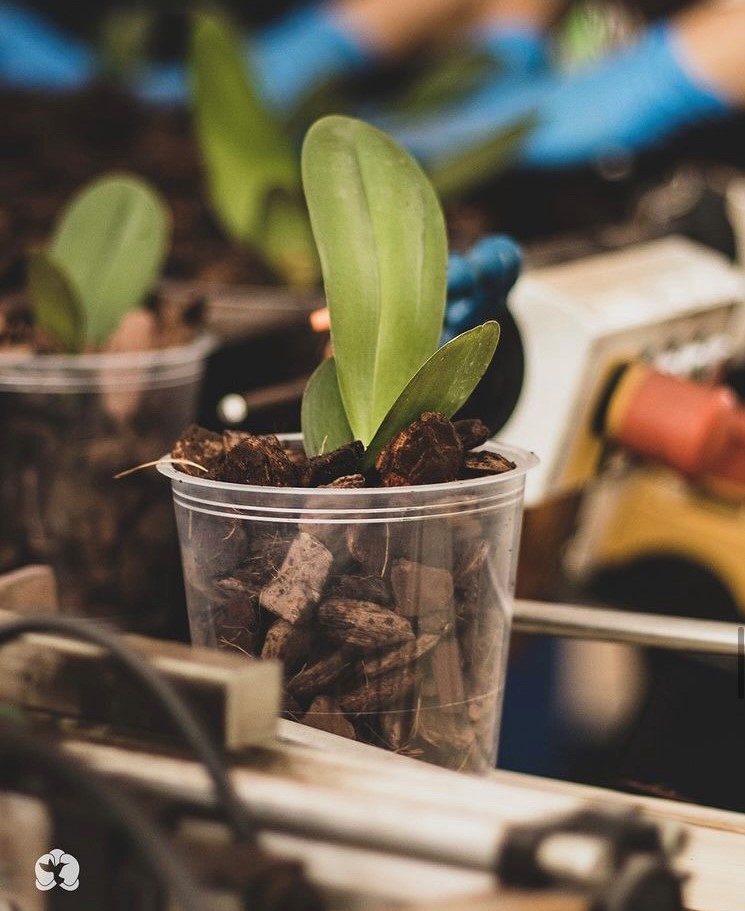