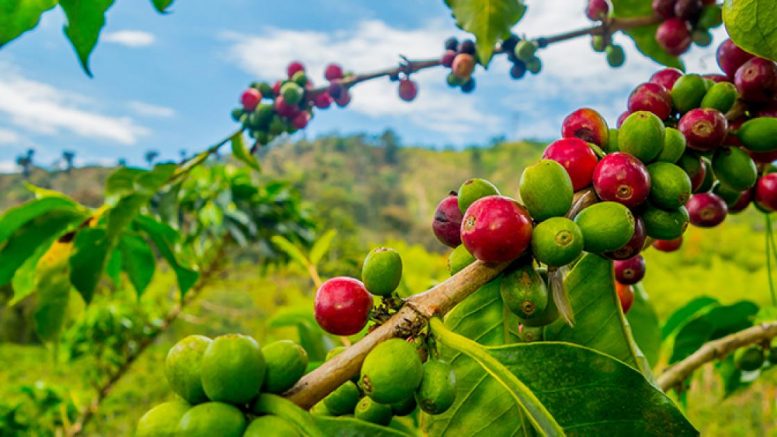 “…development of varieties with high yields and good granulometry; high quality of the beverage; resistance against coffee-rust…”

María Del Pilar Moncada Botero is an agronomist from Universidad de Caldas, has a master’s degree in plant breeding from University of Wisconsin, and a Ph.D. and postdoctoral degree from Cornell University.

Pilar Moncada is a plant breeding consultant, having worked as a researcher at Centro Nacional de Investigaciones de Café (Cenicafé) for over 30 years. 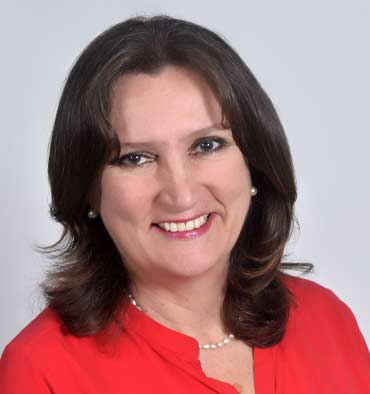 AgriBrasilis – What is most sought after in the genetic improvement of coffee in Colombia?

A serious potential problem is CBD (Coffee Berry Disease), a disease caused by Colletotrichum kahawae, which currently does not occur in the country.

On the other hand, quality of the coffee beverage is currently the characteristic that most contributes to the international prices of coffee.

Therefore, coffee breeding in Colombia focuses on developing varieties with high yields and good granulometry; high quality of the beverage; resistance against coffee-rust and CBD; tolerance against the borer beetle; and adaptation to the coffee-growing areas of the country.

Development of varieties allowed a 400% increase in productivity. Regarding bean size, there was a change from varieties that had 50-55% of beans classified as supreme (name for the highest quality bean in Colombia) to varieties with a percentage greater than 90%.

AgriBrasilis – How long does it take to develop a new coffee variety? How can this be reduced?

Pilar Moncada – Development of a variety takes a long time, approximately 25 years. It starts with the parents that provide the desired characteristics in the new variety. Beans from this harvest make up the first generation (F1).

First generation plants must be kept in the field until they bear fruit to obtain the second filial generation (F2). To reach this generation and obtain its fruits, it takes at least 6 years.

Subsequently, the selection and advancement to the F5 generation must be made. In each generation, it takes a minimum of 6 years from planting to evaluation and selection to advance to the next generation. This is because the productivity assessment must be done with data from at least 3 annual crops.

To reach the fifth generation and carry out its evaluation and selection, it takes about 25 years.

The time to obtain a new variety can be reduced by using tools such as SAM (marker-assisted selection). Thus, it is possible to carry out evaluations on seedlings of 6-8 months of age in each generation.

When the trait is determined by a single gene, identification of associated markers is relatively simple and, once identified, their use allows for a reliable selection.

When the trait is determined by the cumulative actions of many genes and the environment (quantitative), the identification of associated markers is a more complex process.

We identified some markers associated with coffee production. However, it is necessary to validate them before, to select the most productive genotypes.

Currently in Colombia there are markers linked to the different genes reported for resistance to CBD. An advantage of these markers is that they allow us to assess resistance without the plants being affected by the disease.

AgriBrasilis – What are the main researches in progress and what are the expectations?

Pilar Moncada – Varieties are currently being developed with the following objectives:

The breeding program aims to reduce use of agrochemicals to control pests and diseases, using varieties resistant to the main pests and diseases in Colombia, respecting the environment, in addition to reducing production costs for the farmer.

The C. arabica species is recognized for its beverage. There are other critical factors to obtain good quality coffee such as climate, altitude, agricultural management, harvesting, processing, roasting. The breeding program can contribute to the genetic factor.

Use of genetic material from top quality Ethiopian coffees will make it possible to obtain a variety that is unparalleled in quality.

AgriBrasilis – What is the importance of a germplasm collection like that of Cenicafé (National Center for Coffee Research)?

Pilar Moncada – In Colombia, the species C. arabica, originally from Ethiopia, is cultivated. Some seeds of this species reached the American continent, containing part of the genetic variation of its ancestral population. This so-called “founder” effect, as well as the fact that it is a self-pollinating species, unlike the other species of coffee, results in a narrow genetic variation.

The Colombian Coffee Collection has genetic material from Ethiopia collected in two missions carried out in the country in the 1960s, one carried out by FAO and other by ORSTOM (France). The genetic variability present in the species is represented in this collection.

The germplasm collection is of great importance as the gene pool. It can be said that it is the raw material for the development of varieties in any breeding program.

For example, when the objective is to develop a drought tolerant variety, the first step is to have a source that provides the drought resistance gene(s). To identify this source of genes, it is necessary to evaluate the germplasm.