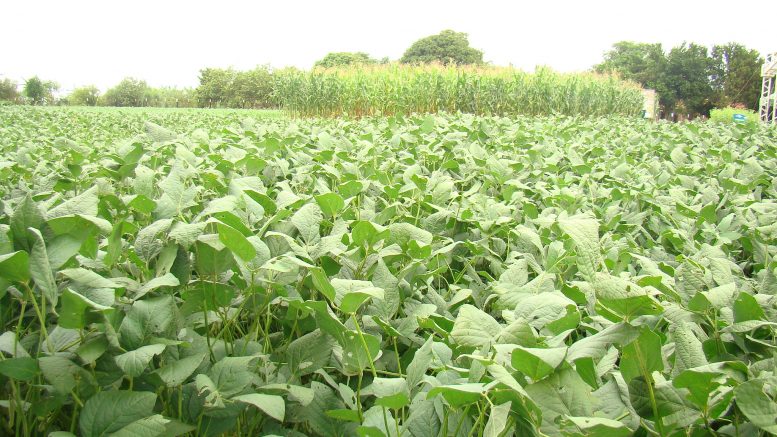 The pattern of occurrence and distribution of the anomaly leads us to consider abiotic causes, resulting from the interaction of genotype and environment.”

Solange Maria Bonaldo has a PhD in phytopathology from the University of São Paulo. She is a professor at Federal University of Mato Grosso, with emphasis on disease diagnosis in the State of Mato Grosso and research focused on agricultural systems. 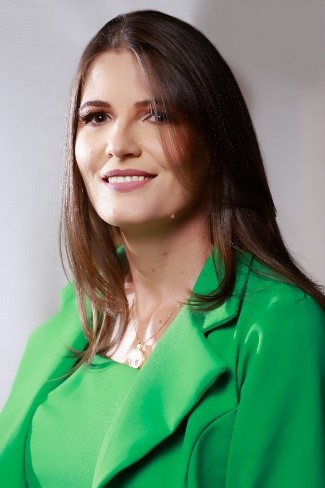 AgriBrasilis – What is the anomaly occurring in soybean plants and what are its symptoms?

Solange Bonaldo – Anomalies observed in the mid-northern region of the State of Mato Grosso since the 2019/2020 harvest had as symptoms the abortion of pods and seeds, a fact that usually occurs due to an imbalance in the source/drain ratio. There is no pattern, and it can occur in seeds in any position in the pods or on the plant, in high humidity and in mild temperatures. After abortion, fungal growth begins to occur.

In the Middle North of the State of Mato Grosso, in November and December of 2021, rainfall with more than 800 mm accumulated and long periods of cloudiness occurred, which favored the incidence of phytopathogens that cause rotting on pods and seeds.

Malformed roots were observed in the plants, indicating symptoms of soil compaction, necrosis caused by nematodes and presence of fungi of several species. Macrophomina infection may occur when cultivation is established, as some regions had poorly distributed rainfall in September. In Sorriso, State of Mato Grosso, for example, data collected indicate precipitation of 64.6 mm in September, with high temperatures and long periods of cloudiness during the day.

In this season, it was possible to observe a disproportionate diameter in the stem of some plants in relation to other tissues, probably due to a higher rate of cell division. Central parenchyma tissue showed an aspect of cell death, making it impossible to determine whether it occurred at the beginning of vegetative growth or with flowering and fruiting. Impairment of roots and stem probably caused a reduction in absorption and transport of water and nutrients, predisposing the plant to anomalies.

AgriBrasilis – What is the scope of the occurrence of the anomaly?

Solange Bonaldo – It is estimated that 3 million hectares of the mid-North region of the State of Mato Grosso suffered from high precipitation and periods of cloudiness in the 2021/2022 harvest. There is no official data from areas affected by anomalies and pod rot. UFMT Plant Disease Diagnosis Clinic received symptomatic samples from the cities of Guarantã do Norte, Lucas do Rio Verde, Marcelândia, Nova Mutum, Nova Ubiratã, Nova Maringá, Porto dos Gaúchos, Santa Carmem, Sinop, Sorriso, Tapurah and Campo Novo dos Parecis.

AgriBrasilis – Do you already have an estimate of losses and which regions are most affected?

Solange Bonaldo – According to information provided by farmers who sent symptomatic samples, losses in the rainfed areas ranged from 20% to 50% when compared to the 2020/2021 harvest. These data refer to samples analyzed by the Plant Disease Diagnose Clinic/UFMT, Campus of Sinop.

AgriBrasilis – What are the possible measures to minimize its effects?

Solange Bonaldo – It is necessary to survey and diagnose the physical, chemical and biological conditions of soil; observing presence of compaction, both physical and chemical and soil pH, since the presence of Fusarium indicates acidity in the soil, which harms the plant and the availability of nutrients.

It is necessary to adopt measures that benefit the development of the plant, such as: 1) Improvement of  soil profile to avoid flooding, greater water infiltration and aeration in periods of high precipitation; 2) Successive cultivation; 3) Reduction of plant population aiming at greater ventilation and presence of light, as well as adaptation to the fertility level of its area; 4) Proper soil chemical correction; 5) Selection of cultivars best adapted to the property, as well as providing greater diversity of cultivars; 6) Planting in soils with adequate humidity and temperature; 7) Covering soil to favor the microbiota.

Solange Bonaldo – Pattern of occurrence and distribution of the anomaly leads us to consider abiotic causes, resulting from the interaction of genotype and environment. In many samples analyzed, genera of fungi considered opportunistic were found.

Foliar fungicides can contribute to control of Colletotrichum truncatum found in pods, for example. However, the farmer needs to have a correct diagnosis of which species occurs in his area. Registered fungicides are only for anthracnose caused by C. truncatum.

Many farmers, even after 4 applications of fungicides, observed a high incidence of pod rot, with losses of 25%. Fungicides must be associated with other management practices to mitigate the problem. 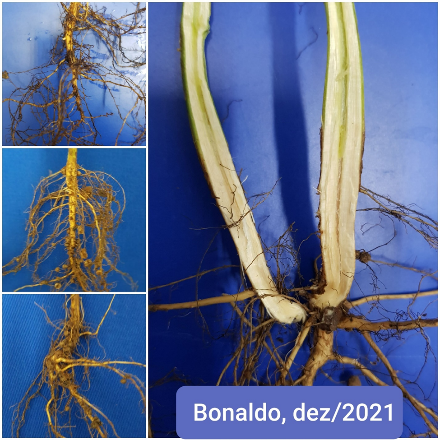 Root system showing symptoms of necrosis and cutting of the stem of a soybean plant with symptoms of anomalies in the pods. 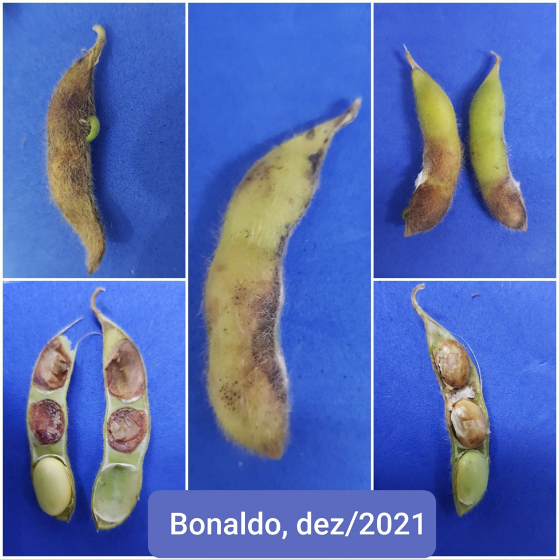 Symptoms of seed abortion in pods and signs (mycelial growth) of phytopathogens.