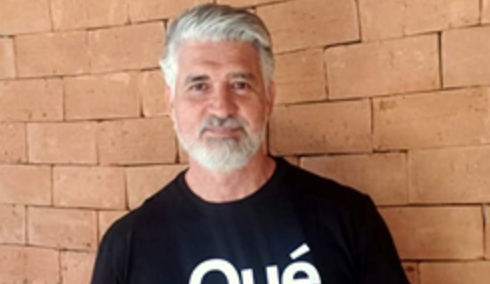 passing on the smallest possible readjustment to the consumer …”

Celírio Inácio is executive director of the Brazilian Coffee Industry Association (ABIC), an association that represents the Brazilian coffee roasting and grinding industries. Inácio has worked for 24 years in the commercial and administrative area of the coffee industry.

AgriBrasilis – Besides the climate issues, what reasons contributed to the increase in coffee production costs?
Celírio Inácio – The rise of coffee prices is directly related to climate issues, such as frost and drought, but is also influenced by exchange rate variation. Coffee is a commodity and its price has always been indexed to the dollar. The expectation of low supply raises speculation and price variation upwards.

AgriBrasilis – Does the increase in coffee exports threaten the domestic market?
Celírio Inácio – Domestic prices are directly linked to stock market prices. The biggest consumers are out of stock. The possibility of low production and the return of consumption, with the control of the pandemic, indicates that there will be an appreciation of the raw material and a fiercer dispute, both in the domestic and foreign markets.

AgriBrasilis – What are the differences in the impacts of price fluctuations between different types of coffee?
Celírio Inácio – The price of the Arabica coffee has its highest price. It is the most wanted and consumed due to its drink characteristics. And, as it is a species more vulnerable to climatic factors, it leads to more production insecurity. It is traded on the NY Stock Exchange. In the other hand, the Canéfora coffee is gradually becoming independent, but it is still used to compose the Blend due to its neutrality and body capacity. It is traded on the London Stock Exchange.

AgriBrasilis – How long will the impacts of the 2021 last? What are the effects on the biannual cycle of coffee plants in this context?
Celírio Inácio – In 2021, it was already known that we would have a lower production because it is a negative biennial, that is, a year of lower production. And, at the end of the year, the survey showed that we produced 47.71 million bags. Despite all the inconveniences during 2021, it was considered a good crop. We had a drop of 24.36% when compared to 2020. Even with Conab&#39;s first harvest expectation for 2022, of 55.7 million bags, the market remains alert with the expectation of the minimum necessary for domestic and foreign consumption. It is worth remembering that the 2023 crop will be of low productivity. I think the market will return to normal in 2024.

AgriBrasilis – What are your expectations regarding coffee supply and prices this year?
Celírio Inácio – Gradually, the industry has been absorbing the 140% increase in raw materials in 2021 and has been passing on the smallest possible readjustment to the consumer, very carefully. But, depending on the stocks of each industry, market supply and information on the volume of the 2022 crop, there is a great possibility of upward adjustment in shelf prices.