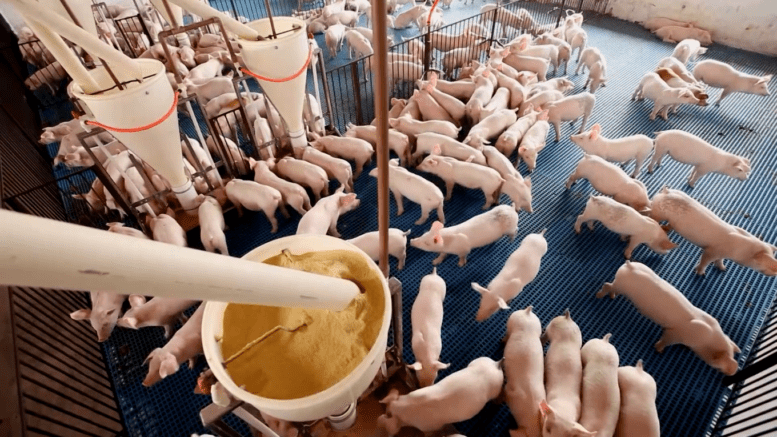 “… waste is transformed into energy and fertilizer, reducing financial and environmental costs …”

Brazil is the 4th largest producer and exporter of pork, with the main export destination being the Asian continent.

Exclusive interview with Paulo Lucion, CEO of Nutribras Alimentos. Lucion started the business in Mato Grosso State in 2000, looking for reduction of production costs, when a crisis in pork farming affected the southern region of the country. The company was pioneer in introducing self-sustainable pig farming model in Brazil. Today, Nutribras operates in the production of grains, raising pigs, slaughtering, processing and distributing meat, with the capacity to slaughter and process three thousand hogs per day, with revenues of US$ 103 million in 2020. 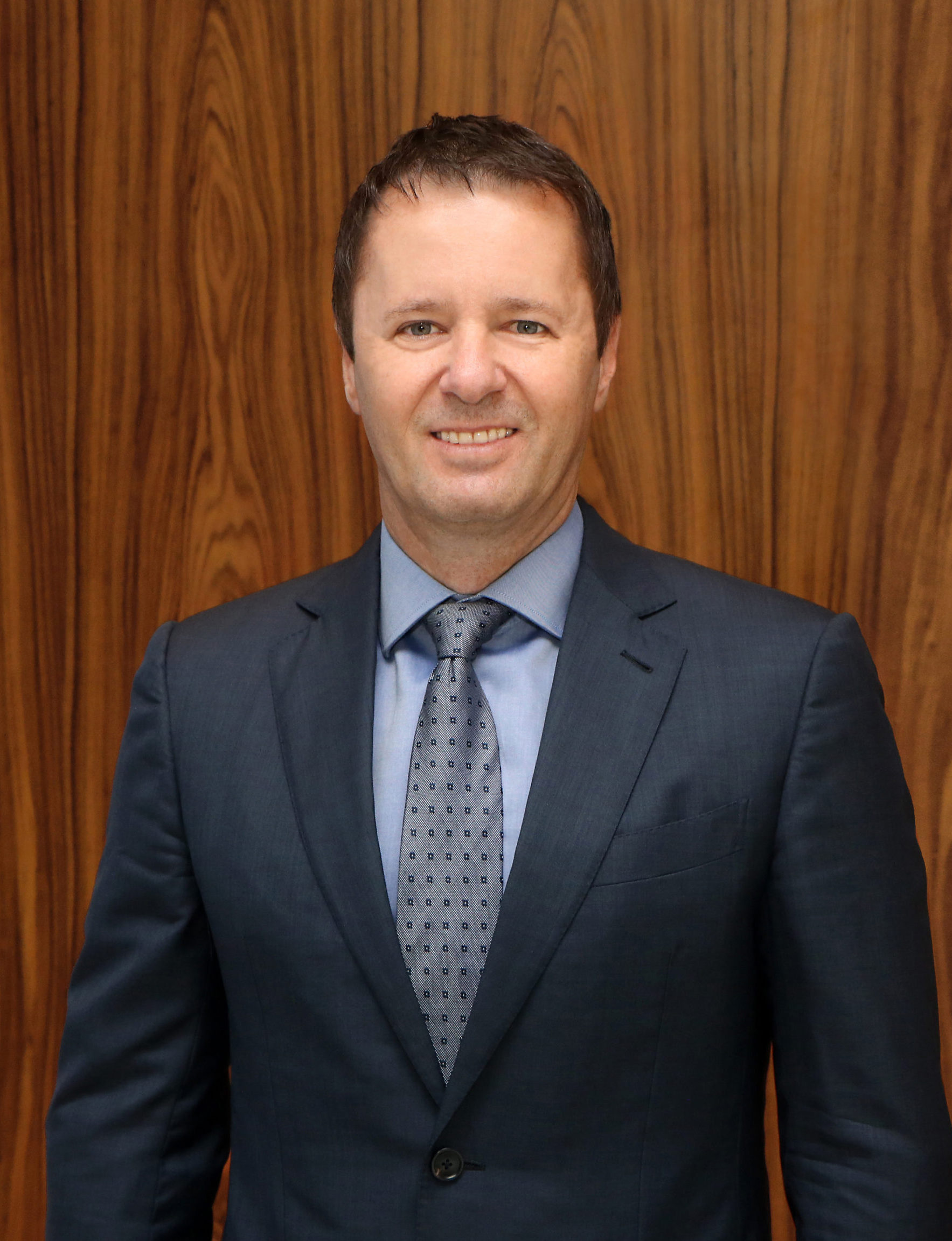 AgriBrasilis – How is the sustainable system in swine farming and what are the differences in relation to conventional breeding?
Paulo Lucion – Pig farming has a unique versatility to enhance the sustainability of a farm. The first decision is to implement an effluent treatment system with a biodigester. From the biodigester, two products are generated, biofertilizer and biogas. Biofertilizer (organic fertilizer) interacts sustainably with agriculture, as it replaces chemical fertilizer, and in this way it improves the performance of agriculture and contributes to soil fertility without leaving chemical residues, thus enhancing yields and contributing to biodiversity of the environment.

Biogas is used as fuel for engines that drive electric energy generators, so each pig farm equipped with a biodigester and power generator is like a small plant generating renewable energy. Thus, the generation completes the sustainability cycle in the farm. Among the pillars of sustainability, respect for the environment appears as one of the most importants, in addition to animal welfare and the selective separation and destination of garbage. In relation to animal welfare, the climate of swine facilities is a good example of synergy, it is only feasible if the farm generates their own electricity that in this case is generated by biogas. Regarding garbage, selective collection is carried out and the bottles of vaccines and medicines are collected by a specialized service company and sent to a center that carries out safe procedures to carry out recycling. The recycled garbage is also collected by a specialized company and the organic waste is sent for composting, which is also the destination of dead animals, and after the compost is ready, it also used as organic fertilizer.

Conventional swine farming is represented in the property thatdoes not carry out this cycle of sustainability, that is, it does not enhance other segments of the economy.

AgriBrasilis – What are the steps in the system for transforming waste into energy?
Paulo Lucion – The effluents (rich in organic matter) from the farms enter the biodigester, where there is a large population of bacteria that feed on organic matter. These bacteria, when digesting organic matter, produce gas (biogas), rich in methane gas that has a high potential for combustion. This biogas is used as fuel in engines, which drive electric power generators.

AgriBrasilis – What are the benefits of transforming waste into energy? What does this represent in numerical values?
Paulo Lucion – Power generation is very viable. The value of the Kilowatt of energy here in Mato Grosso varies between US$ 0.085 to US$ 0.17. Nutribras’ demand reaches 2,000 Kw/h and the generated energy in all farms is approximately 2,500 Kw/h. 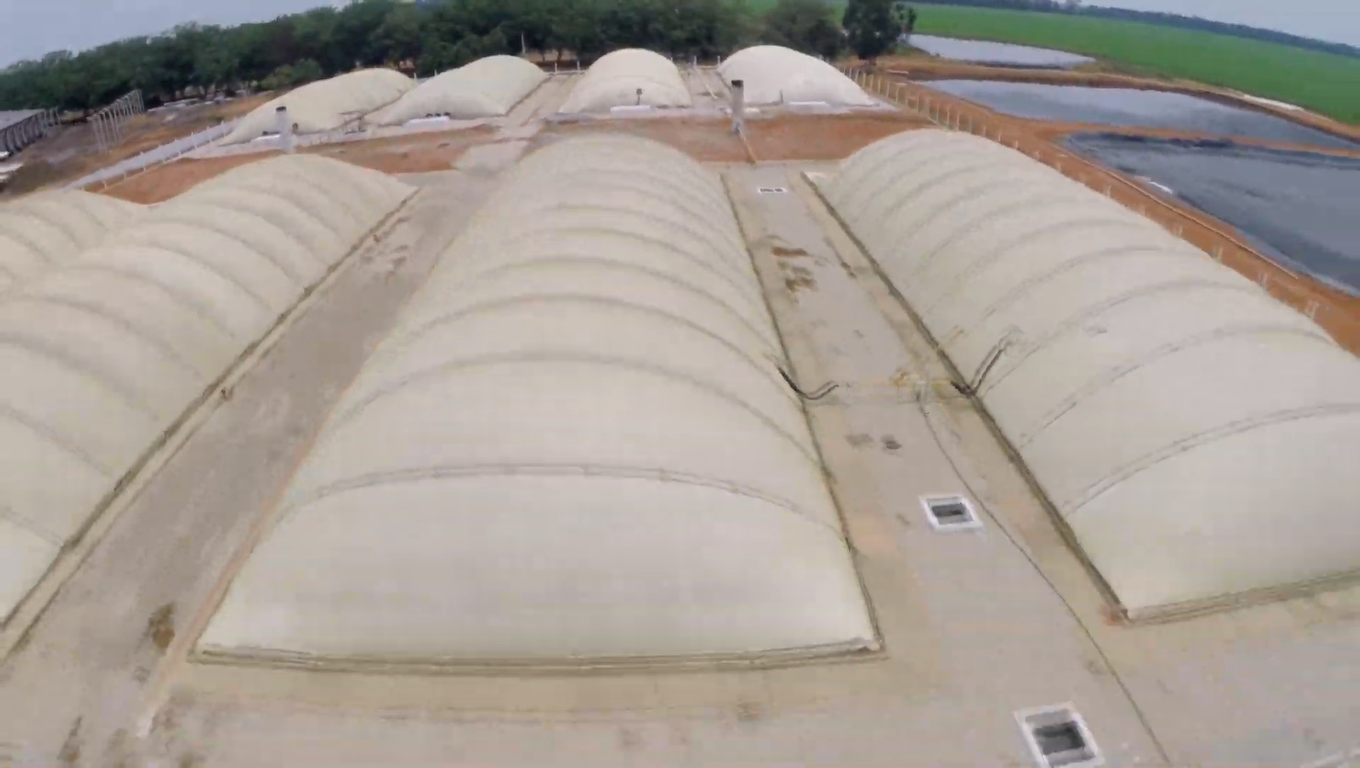 Biodigesters that transform waste into energy and fertilizer

AgriBrasilis – What is the potential of Latin America in power generation from the residues of swine raising?
Paulo Lucion – Theoretically, every 2,000 sows in full cycle has the potential to generate 5,000 KW per day. USDA data shows that in 2019 Latin America produced 5.85 million tons of pork, of which Brazil was responsible for 4 million tons and ended the year with an estimated herd of 1,931,000 breeders housed, which means that Latin America ended 2019 with an approximate herd of 2,825,000 arrays housed, where we can estimate a potential to generate 7,062 Megawatts of energy per day.

AgriBrasilis – Besides energy, Nutribras also produces feed for its farms. What measures are taken to ensure that this step in the process is more sustainable?
Paulo Lucion – Nutribras Alimentos has invested to increase the agricultural area with organic fertilization of biofertilizer, the goal is to be self-sufficient in the production of soybean and corn, so the more corn we use in feeds from areas with organic fertilization, the more we contribute to sustainability. However, working with “precision nutrition” avoids waste and reduces the use of natural resources. The demand for electricity is also met with the generated power by the company’s biogas.

AgriBrasilis – What are the characteristics of the biofertilizer generated through the biodigesters? What is its value?
Paulo Lucion – This organic fertilizer is rich in nitrogen, phosphorus and potassium. Its application in agriculture reduces farming costs and boosts productivity since it improves soil organic matter. Considering its composition, we can say that today it would reduce the cost of conventional chemical fertilization by US$ 250 / hectare of corn. 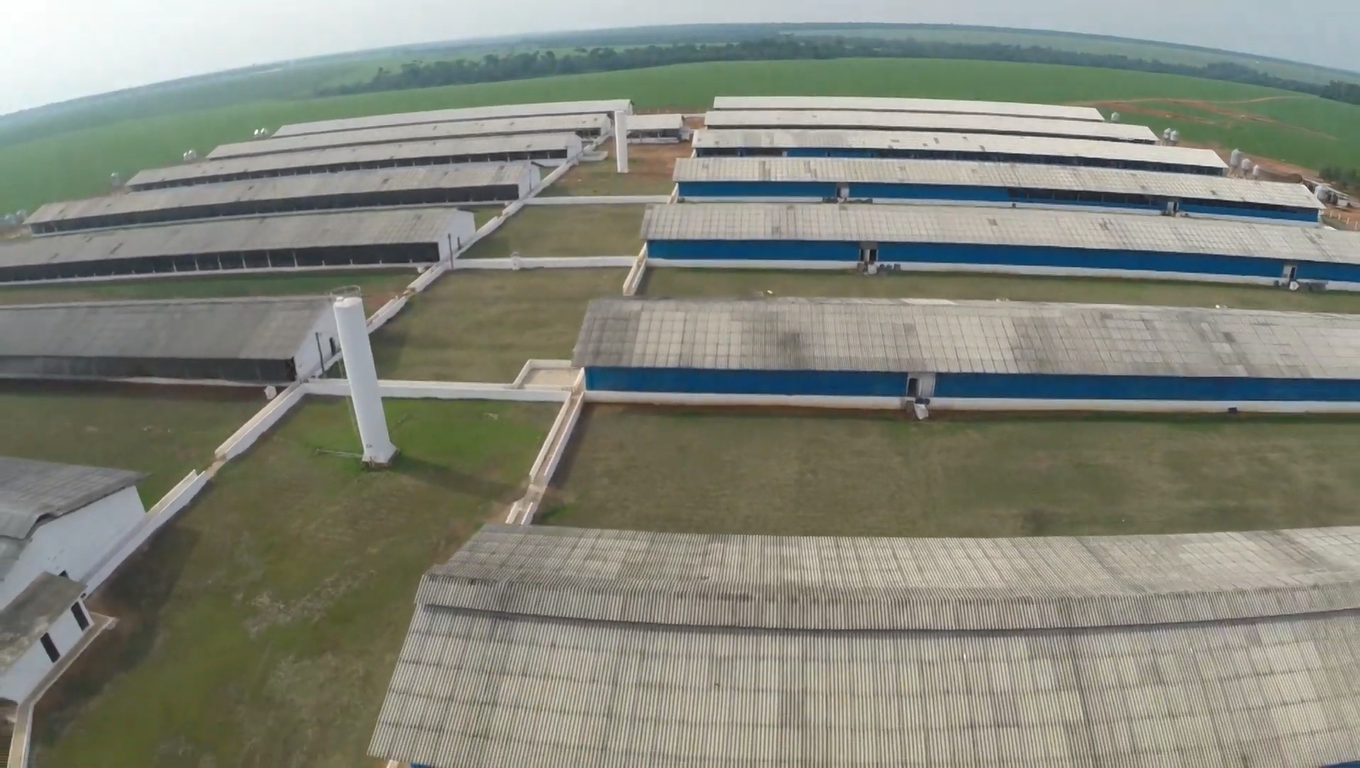 AgriBrasilis – What are the prospects for these innovations in Latin American countries?
Paulo Lucion – This response is very peculiar to each country, as it depends a lot on environmental legislation, government incentives and development policies. In Brazil that is the largest pig breeder in Latin America, these technologies are very widespread, and pig farmers are aware of their benefits. I believe that if they have access to credit with offsetting costs in a few years, almost the entire Brazilian swine industry will have sustainability as the foundation of farms.