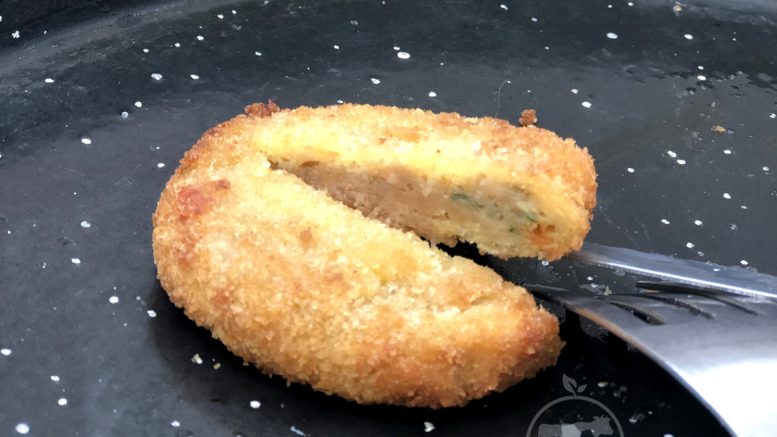 “Cultivated meat” is new:  no more than 50 companies in 19 countries, most of them in the United States and Europe. Only one in South America, B.I.F.E. (Bio Engineering in the Manufacturing of Preparations), in Argentina. The startup was born in 2016, by the Craveri Laboratories’ Bioengineering Division, focused on cell culture techniques to develop a substitute for traditional meat.

AgriBrasilis invited Laura Correa, Director of Bio Engineering at B.I.F.E, to explain about the production of alternative protein.

Laura has a degree in Biological Sciences from the Faculty of Exact and Natural Sciences at UBA and, since 2004, she has been Coordinator of the Bioengineering Division of the Craveri S.A.I.C Laboratory.

AgriBrasilis – What is “cultivated meat”?

The process consists on isolating progenitor cells from a small sample of an animal’s muscle, multiplying them in vitro (reproducing the cells) and differentiating them into muscle fiber that would be the main component of meat. Progenitor cells are found in the muscle and, in case of injury (or appropriate stimulus), are activated to regenerate or repair tissue damage (in vivo, the cells multiply and differentiate into muscle fibers to replace those damaged). This same process is carried out outside the animal’s body to obtain muscle.

Combining the two tissues (muscle and fat), we were able to generate a product very similar to traditional meat. 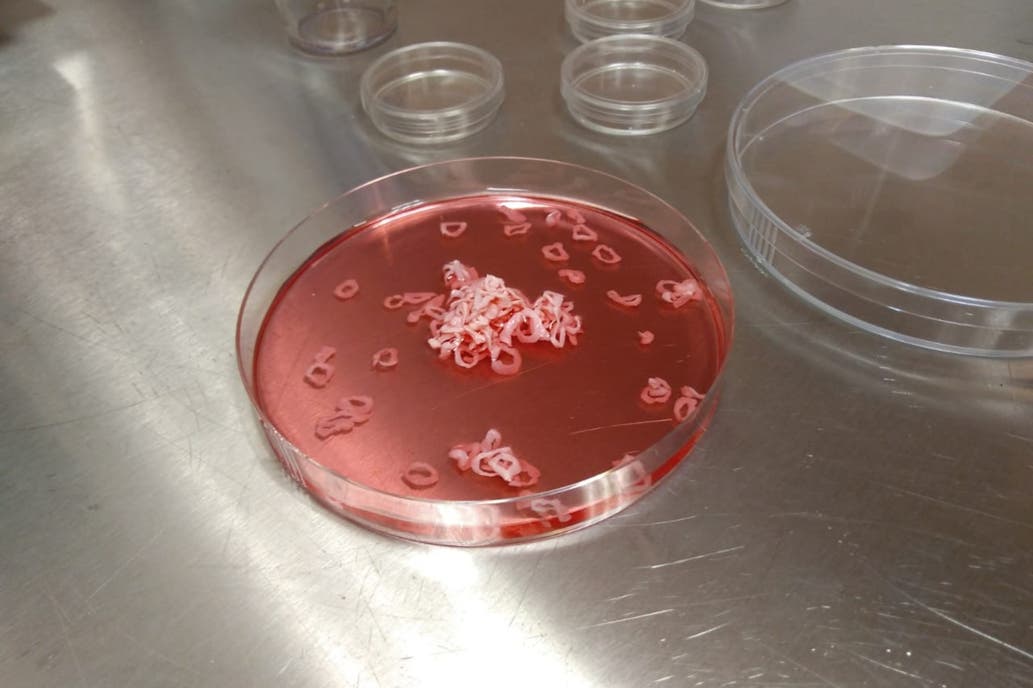 AgriBrasilis – What are the advantages and benefits of cultivated meat for the consumer and the environment?

Laura Correa – Farmed meat has the potential to significantly reduce animal suffering and the environmental impact of livestock, while meeting all nutritional requirements that meat provides.

The first major advantage of cultivated meat production is to have better control over meat composition and quality, by manipulating flavor, fatty acid composition, fat content and ratio of saturated to polyunsaturated fatty acids through composition of culture medium or co-culture with other cell types.

By adding factors to the culture medium that can benefit health, such as vitamins, the nutritional contribution of farmed meat can be improved and surpass that of traditional meat. Thus, by growing meat under controlled and manageable conditions, we can obtain an adequate nutritional profile.

Regarding the environment, it is postulated that “Cultivated Meat” could generate a reduction in water use, greenhouse gas emissions, eutrophication potential and land use compared to conventional meat production. This has been evaluated in hypothetical models of how laboratory meat production could be compared to conventional beef, sheep, pork and poultry production, finding that it involves 78-96% less greenhouse gas emissions, 99% less land use, 82–96% less water use and 7–45% less energy use, depending on the product (poultry use less energy). In turn, reducing human and animal interactions will reduce the incidence of epidemic zoonosis and other emerging diseases.

AgriBrasilis – In short, what is the in vitro meat manufacturing process like?

Laura Correa – The process begins with taking a muscle sample from an animal (it can be of any species. We work with cattle). To collect it, a small incision must be made in the animal (3-5 cm) under local anesthesia.

Once obtained, the sample is placed in a nutrient medium to transport it to the laboratory (we work with a field located in Tándil, in Buenos Aires, so it must travel 500 km to reach the processing place).

Decontamination is performed in the laboratory to eliminate microorganisms. Then, digestion is started with an enzyme to isolate the muscle progenitor cells. Isolated cells are placed in culture vessels with nutrient medium and, thus, cell multiplication begins.

Over the next few days, we add new nutrient media to them and increase the growing surface as they multiply. Once we have millions of millions of cells, we combine them with a biomaterial and give them the signals to start differentiating into muscle cells (different biological processes take place which include the fusion of cells between them to form the characteristic microtubules of muscle tissue). In this way we get the cultivated meat.

AgriBrasilis – How is consumer market acceptance of this product?

Laura Correa – A lot of research was done globally to evaluate consumer’s acceptance of this type of product. Evidence suggests most people see this technology as generating a social benefit rather than a personal benefit and are willing to accept it.

Many consumers have negative feelings about traditional meat production and see cultivated meat as a benefit to animal welfare and the environment. However, some consumers perceive this as unnatural, generating distrust due to a lack of understanding of the production process. It is possible that, with the advancement of technology, this perception will diminish.

Taste and price will become the most important factors for the market success of cultured meat. Although some consumers are willing to pay a higher price for this, most are not, so consumption will depend on prices that reach the market.

AgriBrasilis – Comparing to conventional meat, what are the nutritional values?

Laura Correa – Nutritional values are similar for both.

AgriBrasilis – How can this technology revolutionize the future of meat?

Laura Correa – I believe cell cultivation is an evolutionary leap in our diet. Analyzing the history of the human species, the way we eat is fundamental for evolution and adaptation. Over the years, we’ve developed more efficient methods of generating protein-rich foods (we went from scavengers to predators, and then reared animals).

Cellular agriculture is the technology that will allow us to generate food in a more selective, efficient and sustainable way. 60% of the biomass of mammals inhabiting our planet are farm animals (introduced and maintained by man) while only 4% of that is composed of wild mammal species. The remaining 36% correspond to human beings.

If we think about a future where food is based on cellular agriculture, we will have balance on our planet again. It will no longer be necessary to slaughter millions of cattle a year to feed ourselves. Risks of transmitting zoonotic diseases that can generate a pandemic like we are experiencing will significantly decrease, and access to animal proteins will be egalitarian.