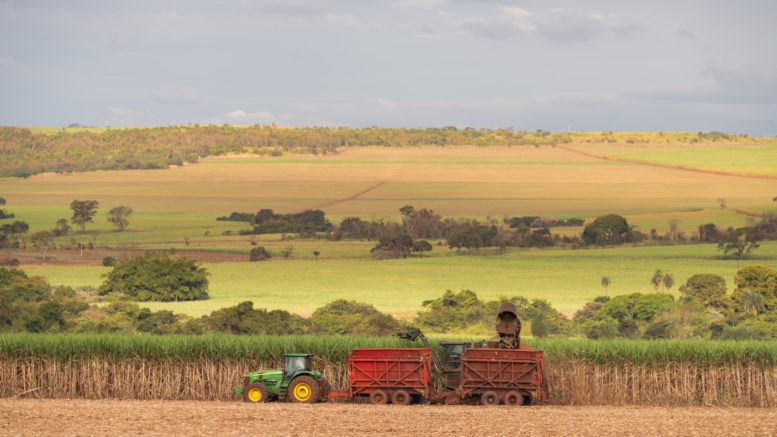 Sugar-energy sector products are ranked fourth in Brazilian agriculture exports I the first half of 2021, totaling US$ 5.75 billion dollars, approximately 7% of the total amount of US$ 72 billion exports. 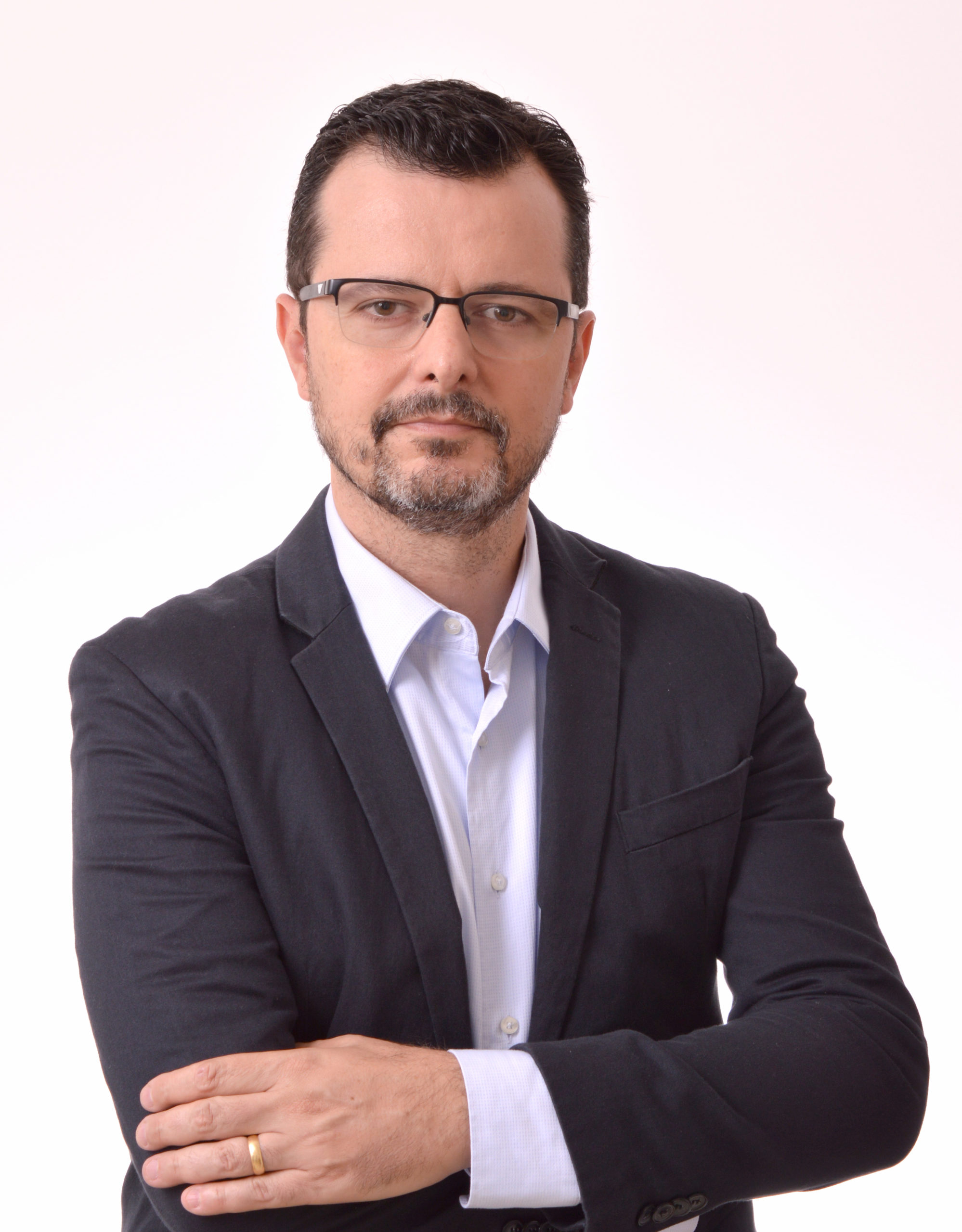 In last months, however, sugarcane fields have suffered from bad weather, first drought and then frost.

AgriBrasilis interviewed Denis Arroyo Alves, Executive Director of ORPLANA – Organization of Associations of Sugarcane Producers, which represents approximately 11 thousand sugarcane suppliers in the Center-South Region of Brazil, to discuss scenarios and trends in the sector.

AgriBrasilis – What is the impact of drought and cold (frost) on sugarcane fields?

Denis Alves – We’ve come from a very dry period in the last harvest, that didn’t seriously affect it, but already caused expectation of a smaller harvest this year. Initial estimative was 605 million tons of sugarcane in the Center-South region, then dropped to 570 million tons, and 530 million tons in a catastrophic scenario. Then another unexpected very dry summer near to the end of the season affected sugarcane plants in the harvest beginning and under development, and thus, brought an even lower expectation compared to when it started.

There were several frost episodes. In some locations it happened 7 times. About 3 of those: the first was not so intense, but with wide range, from Paraná to Goiás states, affecting mainly Mato Grosso do Sul and Mato Grosso states, where damages were slight due to the drought.

Weeks later, a second frost, much stronger, but more restricted to regions in São Paulo state, such as Ribeirão Preto, Piracicaba, Jaú, Assis (which locations were not affected before), close to the second half of the harvest, hitting part of ripped sugarcane – for which we say it is somehow beneficial as it has a “maturation effect”, concentrating sugar, but it damages growing plants. At the end of the harvest, frosts hit some planting and welling up areas where sugarcane plants were developing.

This led to a change in harvest plans, the need to harvest ripe sugarcane as soon as possible to avoid that it rots in the field. Under these circumstances are also harvested not so ripped plants with lower purity, resulting in lower sugar content and an issue to sugarcane millers.

Finally, there was a third episode that made all bad. Most of the farmers will harvest sugarcane affected by frost until the end of the season, which tends to be shorter. We estimate 530 million tons, with the risk for even less. This might be a long off season, costly for farmers, who might choose to not reinvest.

Important to remember, despite high prices, 85% of costs are fixed. Farmers need volume and price to dilute these. For millers there might be equilibrium, but for farmers it is not enough. Our organization is communicating with the Ministry of Agriculture to try and get stimulus or help, different from what we can get from the industry, in order not to allow aging of sugarcane next year, not having a lower cycle for 4 or 5 years caused by bad renewal.

AgriBrasilis – How is the market reacting to these?

Denis Alves – Slowly. Prices raised a lot due to signs of breakage. Many people look for us every day to talk about it. The market is beginning to notice a scarcity stronger than imagined. It is a risk for sugar, because we have internal commitments with the energy matrix to maintain enough anhydrous ethanol for the Brazilian fleet. We have to shift to a more alcohol-producing harvest, causing the offered sugar volume to be reasonably reduced.

When harvest ends too early, carryover stocks may be lower and put more pressure. Considering 70 million tons of production decrease, no player in the world can replace it. Brazil is the first producer, with a lot of advantage in volume. The world is starting to think that the carryover stocks shall not be enough. There is pressure on sugar prices that pressure ethanol prices. Ethanol has limits, linked to the price of gasoline. When it increases to a certain level, 70% parity restriction, there is market adjustment.

In conclusion, it is still a high level prices this year, and probably next year too.

AgriBrasilis – New technologies are enabling the development of “green plastic” from sugarcane. Should this stimulate the production?

Denis Alves – Not for the sugarcane farmer. We are paid through Consecana. Payments are based on sugar and alcohol market. For example, in the case of bioelectricity, farmers do not participate. We have been discussing this a lot. Consecana had an important role developing the sugar-energy sector, but it needs an overhaul to incorporate other products, otherwise it stays out of market conditions, and when a market value crop comes near us, sometimes it ends up shifting areas to this crop. An example is soybean, mainly in São Paulo. Soybean has extremely remunerative prices. Even in a year of peak sugarcane prices, soybean has a surplus on top of that. Thus, if farmers do not participate in these other crops and this does not bring price pressure to the business, farmers don’t have stimulus, but are reacting only to the sugar and ethanol market.

AgriBrasilis – What are the opportunities in the bioelectricity market?

Denis Alves – It is a poorly explored market. Brazil has huge potential. I was agricultural director of a plant not long ago. We explored cogeneration a lot. It was perhaps the main product in terms of results. The plant is above all a thermoelectric plant, and they are all over the country.  It’s decentralized generation. You don’t need to invest in long-distance networks, and it gives the network immense stability, thanks to constant production.

We are always looking for new things, but sometimes we turn our back on something that is ready. Obviously photovoltaic and wind energy are interesting, but biomass is ready and we see little stimulus. An auction just came out with a discount of more than 30 %, with prices below normal remuneration capacity. This ends up bringing little attractiveness for companies that not yet co-generate energy or co-generate in the spot market.

That’s a waste. We only remember bioelectricity in years of great drought. Besides everything, it has a complementary intelligence: plants co-generate mainly in the dry season, when water reservoirs levels are low.

Denis Alves – Similar to other products already mentioned, it’s law. The world is looking for this type of regulation, but sugarcane farmers were left out of that. They are not clearly mentioned in it, although a little common sense is enough to understand that in biofuel there is no way the bio part is not present. Biomass production part in general, not only ethanol but biodiesel as well. It was a very interesting first year, the second with a larger volume too, very remunerative.

Now it’s already in a lower year. The market is learning how to deal with it. This is normal for new regulation.

However, there is an important discussion: whether the farmer receives the right to carbon credit, the CBio, and whether the miller will only pay 50%. We want this right, since agriculture is the reference for generation of this policy. Sugarcane offsets all the emission of ethanol generated, so how could farmers not be paid for it?

Despite that, it’s a fantastic program. I think it’s a matter of time, adjustment. More than environmentally correct, is to have sustainability. Today we like the acronym ESG so much; we can’t leave farmers out of it, they are the social part of this business.