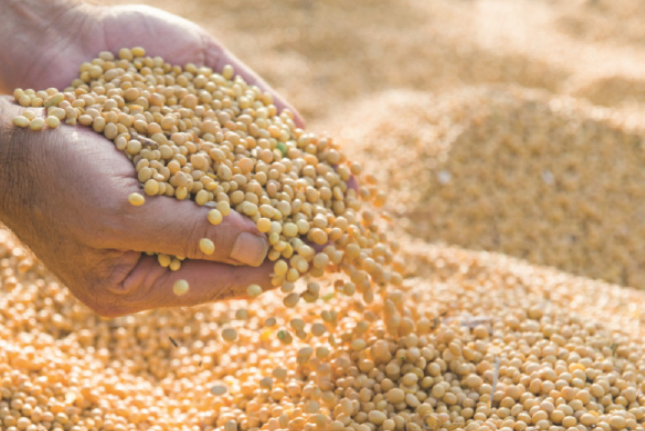 CESB’s Marketing Director comments on the Brazilian soybean productivity. In an interview for AgriBrasilis, Nilson Caldas comments on the role of CESB in national soybean and how technology has contributed to raise the productivity of oilseeds in the country. He is an agronomist engineer at the Federal University of Mato Grosso, with an MBA in Finance and Business Management From the State University of Mato Grosso and an MBA in Marketing from Administration Institute Foundation. Volunteer member of the Brazil Soybean Strategic Committee (CESB), and currently holds the position of Marketing Director.

AgriBrasilis – In what context was the Committee created?
Nilson Caldas – CESB was created with the objective of helping soybean farmers to increase productivity and also the quality of the final product, contributing to the strengthening of the agribusiness production chain. At the beginning of CESB, soybean productivity in Brazil had been stagnant for several years and Committee members discussed exhaustively alternatives on how to contribute to productivity growth. Several notables from the soy chain, formed by professionals from different areas, met and created CESB (Strategic Committee for Soy Brazil).

AgriBrasilis – After obtaining the data for the 12 editions of the National Soybean Maximum Productivity Challenge, what can be concluded?
Nilson Caldas – It is possible to conclude that we have evolved a lot in productivity in the areas mapped by the Challenge. The first champion, for example, produced 82 bags / ha and the last Challenge champions produced over 100 bags / ha. This excellence is spread throughout Brazil. Several producers, from different cities, are producing more than twice the national average of soy in the same area unit, associating high productivity to the attractive financial return, that is, each real invested has returned an average of R$ 2.5. 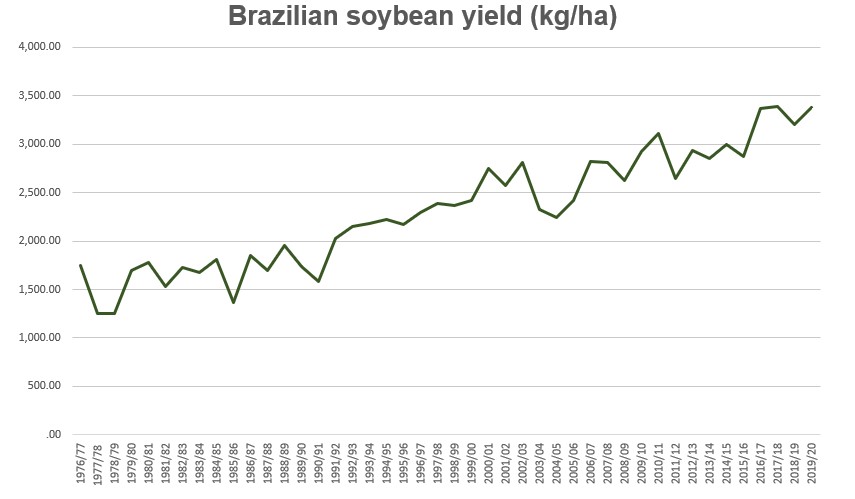 AgriBrasilis – The Brazilian harvest of 2019/20 was a record with approximately 125 million tons, what are the impacts of the harvest on the economy?
Nilson Caldas – The impacts are very positive, commodity prices are favorable. And the soy chain, according to the Sectorial Chamber of Soy, is responsible for about 7 million direct and indirect jobs, having high social relevance and being the basis for the emergence, development and economic support of more than 2,000 Brazilian municipalities.

In addition, soy represents about 34% of all Brazilian exports, helping to balance our trade balance. These figures show that producers are discovering and associating the best techniques to produce more using fewer resources.

AgriBrasilis – What is the importance of conservation and correct soil management for agriculture and especially for soybean crops?
Nilson Caldas – We found that crop rotation and the use of cover crops benefit the construction of soil physics. These practices help producers participating in the Challenge to achieve high productivity.

AgriBrasilis – What are the prospects for the next harvest?
Nilson Caldas – The price of a sack of soybeans is very attractive to farmers. In this scenario, they prepare themselves with a good investment in high technology, which suggests that we will have a good harvest. Due to lack of rain, an important point is the delay in planting, which is taking place in some regions, such as the states of Minas Gerais and part of Paraná. In relation to this scenario, it is important for the producer to be alert.