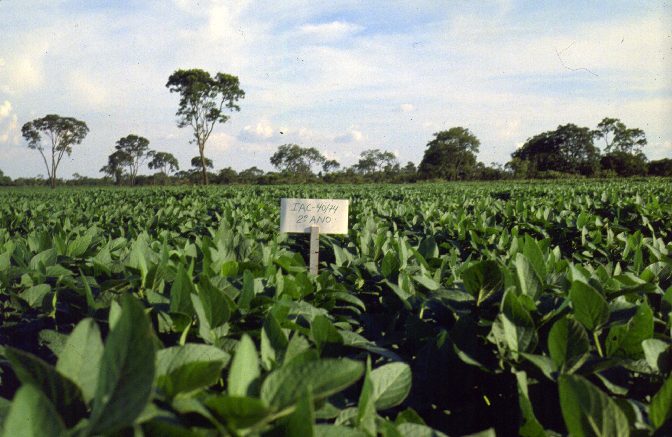 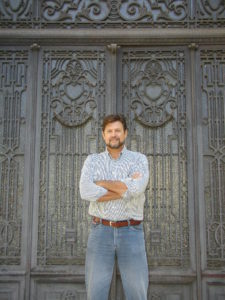 IAC researchers illustrate how science can contribute to the profitability of infertile soils.

José Antonio Quaggio, already retired, was a researcher at the Campinas Agronomic Institute (IAC) and at the Secretariat of Agriculture and Supply of the State of São Paulo, a position today held also by Heitor Cantarella. They gave AgriBrasilis an interview on the unknown history of soil exploration of the Brazilian Cerrado that led to a more sustainable development of agriculture.

AgriBrasilis – Considering the unfavorable conditions for the beginning of Cerrado’s agricultural exploration, which tools made possible its opening for agriculture, making the Cerrado the largest agricultural region in the country?

Dr. Quaggio and Dr. Cantarella – A little bit of history is important to disseminate the pioneering research that allowed the rational and sustainable agricultural exploration of the areas in Central Brazil, originally covered by Cerrado’s vegetation.

These researches started in the early fifties and extended until the mid-seventies, through joint-research projects between the Campinas Agronomic Institute and the International Research Institute (IBEC-IRI), maintained with resources from the International Rockefeller Foundation.

IBEC-IRI was installed on the premises of Cambuhy Farm, headquartered in the city of Matão (São Paulo State), which also had a strong financial and infrastructure support from the family that owns the farm.

The main initial objectives of this project were to study the decline of coffee farming in the region of the municipality of Araraquara (São Paulo State), and then extended to other crops and regions with tropical soils with low natural fertility and most of the time with Cerrado vegetation.

IAC’s leadership in agricultural research in the country and the soil analysis laboratory infrastructure, which have existed since 1889, were the main attractions for the installation of IBEC-IRI in the State of São Paulo, which brought a small team to Brazil competent scientists who started to work with their Brazilian companions.

This partnership allowed the installation of the first leaf analysis and plant tissue laboratory in Brazil, which still exists today, on the IAC premises, which was very useful in characterizing micronutrient deficiencies in coffee leaves and also in other crops such as rice, corn, beans, cotton and soybeans, since at that time, soil analysis methods were not available for micronutrients.

These crops were cultivated in experiments installed on the soils in the north of the State of São Paulo and Minas Gerais State region, with extensive areas of cerrados native vegetation, and in the old Experimental Station of the Ministry of Agriculture in Planaltina (Federal District), where today is located Embrapa research center for Cerrado.

Since that time, researchers have identified that this type of vegetation, characterized by the tortuous shape of the plants, with thick barks and more resistant to frequent natural burnings, was due to adaptation to the lack of nutrients and excessive acidity of the soils, in addition to dry periods in the winter.

These projects generated a lot of scientific knowledge that were the basis for large-scale agricultural production in the Brazilian Cerrado and are now considered the most efficient agriculture in the world.

The reward for this achievement, fundamental for Brazilian agribusiness and for the world food supply, guaranteed the leading researcher of this team, Dr Andrew C. McClung, PhD in Soil Fertility, the most important international agriculture award, the “World Food Prize” award created by Dr. Norman Borlaug, considered the “Father of modern agriculture”.

It is worth noting that, despite the international scientific recognition of the true pioneering spirit of these institutions such as IAC and IBEC-IRI in the exploration of the Brazilian Cerrados, this recognition occurred in a timid manner internally in Brazil, in my opinion due to the lack of disclosure of Brazilian media.

AgriBrasilis – The natural burnings in the biome act as an ecological agent. What differentiates natural fires and those caused by human action? How do anthropogenic fires unbalance the Cerrado’s biodiversity and impact the environment?

Dr. Quaggio and Dr. Cantarella – Natural fires are rare events, while man-made fires are practices of the past when growers did not cultivate the cerrado and set vegetation on fire during the dry season to force vegetation of the lowland species and grow a little forage to feed the animals.

Currently, no one else does this and all farmers are looking to grow as much soil coverture as possible to improve the planting system.

Burnings are always harmful to the environment, regardless of their origin.

Biopesticides: a rising market in Brazil