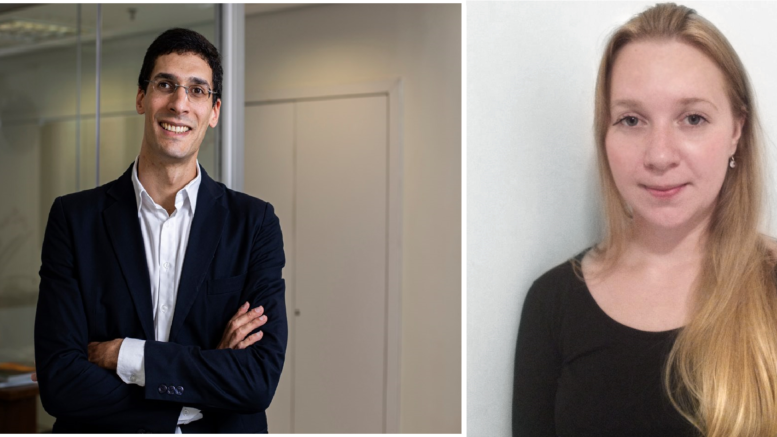 Due to the pandemic of COVID-19, Brazil began to adopt, in mid-March 2020, a series of restrictive measures for the circulation of people and the functioning of economic activities in order to reduce the spread of the disease in the country. As a consequence, the agroindustrial sector was already affected in March, even though the measures were concentrated only in the second half of the month.

To understand how the Agroindustry was impacted by the quarantine, data from the Agroindustrial
Production Index (PIMAgro) will be used, released monthly by the Agribusiness Studies Center (FGV Agro). These data are based on the Monthly Industrial Survey – Physical Production (PIMPF) of the Brazilian Institute of Geography and Statistics (IBGE).

Given this context, the physical production of the Agroindustry contracted by 5.6% in March 2020 compared to the same period of the previous year. It is important to highlight that the intensity of this contraction was significant in such a way that it offset the growth recorded in January (0.3%) and February (1.9%) in 2020. Thus, with the retraction of March, the agroindustrial production of the the first quarter of the year was “pushed” into a negative field, registering a drop of 1.2% compared to the same quarter of 2019.

Above all, the segment that pulled Agroindustry down was Non-Food Products, which contracted by 9.4% in the month. To understand the magnitude of this contraction, just compare it with the year-onyear decline observed in May 2018 (-8.2%), the month in which one of the main crises for the agro-industrial sector occurred, the truckers’ strike. In other words, the March 2020 contraction was more intense than that suffered in the May 2018 shutdown.

Within the Non-Food Products segment, with the exception of the Agricultural Inputs (0.8%) and Biofuels (5.9%) sectors, all registered a contraction in their physical production, with the negative highlight being the sector of Textile Products, which decreased 22.0%. It is worth noting that the fall suffered by the Textile Products sector was the largest in the entire historical series, which started in January 2003.

The drop in physical production in this sector was more expressive than that observed in May 2018 (-13.3%), the month in which the truckers’ strike in Brazil occurred. In addition, the retraction was not restricted to one type of product, that is, both alcoholic beverages (-20.9%) and non-alcoholic beverages
(-16.1%) registered a strong contraction in the period. In fact, the Food Products sector has been unharmed by the pandemic effects, which expanded 3.4% in March 2020 compared to the same period last year, with this being the biggest growth for the sector (for this same basis of comparison) since October 2019 (13.3%).

Within the Food Products sector, Food of Vegetable Origin registered a growth of 7.2%, while that of Food of Animal Origin, expanded 1.4% in the month. Therefore, in general terms, what was observed in the
data for March 2020, was that, on the one hand, the agroindustry sectors that managed to sustain the
growth of their production were those that (i) are considered essential and (ii) whose demand it is associated with domestic consumption; such as the Food Products sector.

On the other hand, those non-essential sectors or that demand is related to the service sector (such
as restaurants, bars, snack bars and bakeries) already suffered, in March, the impact of the quarantine in an intense way; in this group, the Beverages sector deserves to be highlighted, whose production contracted 18.7%, and the non-food products segment as a whole, which registered a 9.4% contraction.

Finally, these were the results of March, a time when restrictions on the movement of people and the functioning of the economy were still concentrated in a few regions, and only reached the last half of the month. Now it remains to be seen how the Agroindustry behaved from April, the month in which the limitations became more severe and more dispersed throughout the country.

The analysis of the next data from PIMAgro will be essential to know how the Brazilian Agroindustry was impacted with the stricter measures adopted in April, and in the months to come. 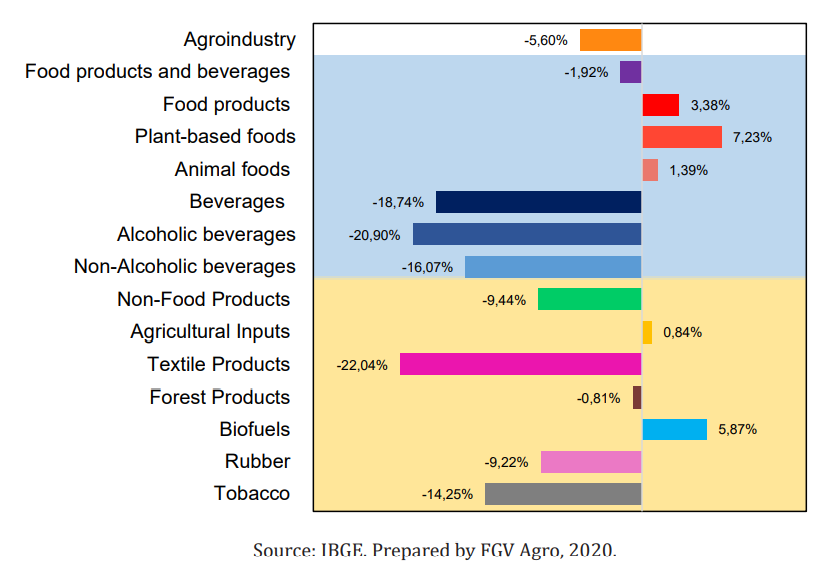 Felippe Cauê Serigatti holds a PhD in Economics from the School of Economics of São Paulo (EESP / FGV), is Professor and researcher at the FGV Agribusiness Center (FGV Agro) – left.

Roberta Possamai has master’s degree in Agricultural Economics from the School of Economics of São Paulo (EESP / FGV) and is a researcher at the FGV Agribusiness Center (FGV Agro) – right.