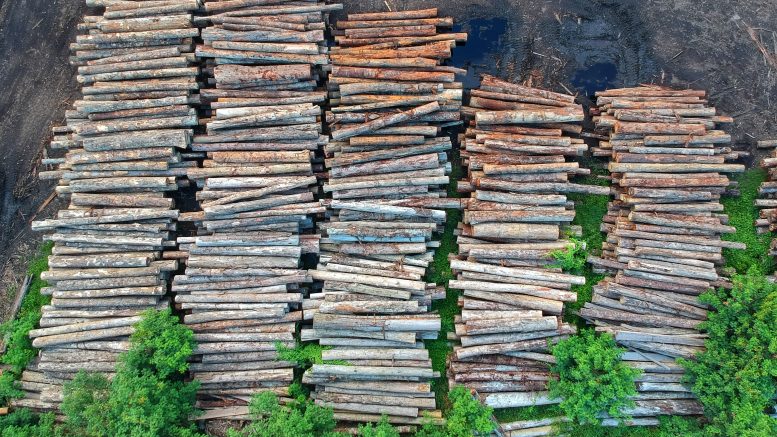 Fernando Sampaio is the executive director of the Estratégia Produzir, Conservar, Incluir (Produce, Conserve and Include Strategy) and an agronomist graduated from the Escola Superior de Agricultura “Luiz de Queiroz”, with a specialization in the meat and milk sector from the École Supérieure d’Agriculture d’Angers.
Sampaio worked in the international meat market in France, at Société des Viandes Bretagne Anjou – Soviba, and at Meat Import Zandbergen Brothers BV. He was executive director of the Brazilian Association of Meat Export Industries, president of the Working Group on Sustainable Livestock and on the board of the Global Roundtable for Sustainable Beef.

AgriBrasilis – What is the Produce, Conserve and Include Strategy? Who are the participants in this initiative?

Fernando Sampaio – The PCI Strategy was presented in 2015 at the Paris COP as a commitment to the sustainable development of the State of Mato Grosso, focused on mitigating climate change.

PCI is a jurisdictional sustainability initiative. The idea is to achieve a balance between production and conservation through efficient land use and to promote the socio-productive inclusion of small farmers, indigenous peoples and traditional communities.

It is not about achieving sustainability in productive chains such as soybean or livestock, but about working towards sustainability throughout the territory of a jurisdiction. A coalition of multiple actors including government, private sector, civil society and farmers defines long-term goals for these three axes: produce, conserve and include.

PCI is climate commitment of the State of Mato Grosso; it is a big public-private collaboration, where the idea is to articulate actions in all sectors of society to support sustainable development. PCI has also started to act as a financial mechanism to attract and channel investments in priority agendas linked to low carbon agriculture, forests and inclusion. For this, the PCI Institute is being created.

AgriBrasilis – Is it possible to achieve “zero illegal deforestation”?

Most of the current deforestation is illegal. A 2021 study conducted by UFMG, ICV and Imaflora showed that in the Amazon, illegal deforestation reaches 94% of the entire deforested area.

In the State of Mato Grosso, the legal opening of areas reached 38% of the deforestation recorded in the state this year. This index was around 5% in 2018.

There are no miracles, investment and planning are needed to tackle illegal deforestation. The State of Mato Grosso invested resources from the REM Program (international resources raised via the REDD system with the reduction of emissions from deforestation) in a satellite early warning system, and invested heavily in enforcement.

The State of Mato Grosso has a Plan for the Prevention and Control of Deforestation and Forest Fires, the PPCDIF, and a Strategic Committee to combat deforestation lead by the governor himself, integrating State and Federal agencies that work on this agenda, including the Secretaries of Environment, Public Security, Firefighters, Ibama and Public Ministry.

As a result, deforestation in the last PRODES of 2022 fell by almost 14% compared to the previous year.

AgriBrasilis – How to include farmers in the low carbon agenda?

Fernando Sampaio – No country in the world has the capacity that Brazil has to have an agriculture that, while becoming more efficient and productive, reduces its emissions. Low carbon farming techniques allow it.

It is not necessary to “convince” farmers to adhere to these techniques, as they improve production profitability. The big challenge is that a very large number of farmers do not have technical assistance or access to investments, either because of document problems or because of the risk they pose.

We are developing investment models that can combine different sources of funds, reimbursable and non-reimbursable, to address bottlenecks such as land and environmental regularization, technical assistance, and adequate credit lines for the challenges in each production chain.

It is necessary to bring value to the reduction of emissions in agriculture. When a farmer recovers degraded areas, restores forests, improves pastures, does integration or no-till farming, he contributes to reducing the emission of greenhouse gases. This emission reduction has value, and this needs to reach the farmer, either through the market, embedded in the value of what he produces, or through carbon credits. Different companies are understanding this and creating mechanisms to attract this farmer, since they also need to reduce emissions.

AgriBrasilis – How can environmental conservation reflect on greater economic development? What are the possible costs involved in the search for a more sustainable production?

Fernando Sampaio – The world is entering a new economy: carbon, biodiversity and water will have ever greater value. Brazil has the largest tropical forest and the greatest biodiversity on the planet. It is not right to think of development as it was thought a century ago, based on occupation, allotment, deforestation, cattle, wood, mining, as if resources were infinite.

We have everything to lead this new model of bioeconomy, based on biomass, biodiversity and biotechnology. We don’t need more area to farm, we are fully capable of serving the domestic and international market by improving efficiency in areas already cleared and developing a forestry economy. It is obvious that this requires investments, but the cost of not doing so will be much higher due to the impact we will cause. And agriculture will be the main sector to suffer from climate change.

AgriBrasilis – What is your assessment of Brazil’s participation in COP27 and the promises made by the country?

Fernando Sampaio – Brazil had a fragmented participation between a government that ignored the issue of forests, which is the big issue facing Brazil, an organized civil society demanding changes and the governors of the Amazon, who want to be heard.

Now is the time to build a common agenda that interests everyone, and especially the populations that live in the Amazon.

Brazil has everything to lead a new model of economic development. This is done by building consensus, intelligence and investment, not polarization.

AgriBrasilis – Why do you consider that the demands of the European and Asian markets will increase? What are the impacts for the Brazilian agricultural sector?

Fernando Sampaio – The climate agenda is the great transversal agenda in the world today. It involves governments and the private sector in all countries. Everyone has to contribute. Governments have their commitments represented in their NDCs, but so does the private sector. More than 4,000 companies and financial institutions are part of the Science Based Targets Initiative, with commitments to reduce emissions.

The impact for Brazilian agriculture, especially in the commodities sector, is obvious. Whoever buys our products wants to unlink their production chains from deforestation. This is not just a “European thing”.

In addition to the European Union, the United Kingdom, the United States, Japan and others are working on legislation that acts against imported deforestation. China is also interested in this. And private companies and investors also have their policies to reduce this risk.

The Brazilian agricultural sector has two very valuable instruments in its hands to guarantee its access to any market: the Forestry Code and ABC+. This has to be shown and negotiated.

It is necessary to invest internally in ending illegal deforestation and in implementing the forest code, in addition to creating incentives and payment programs for environmental services to deal with legal deforestation. This is what the State of Mato Grosso is working on.

REDD: Reducing Emissions from Deforestation and Forest Degradation. International initiative that aims to reduce carbon emissions generated by deforestation and forest degradation, promoting conservation practices and sustainable use of forests.

REM: program that seeks to raise international funds via the REDD system with the reduction of emissions from deforestation.

IBAMA's deliberations in the area of pesticide registration

Why foreign investors are willing to stop investing in Latin American agribusiness?