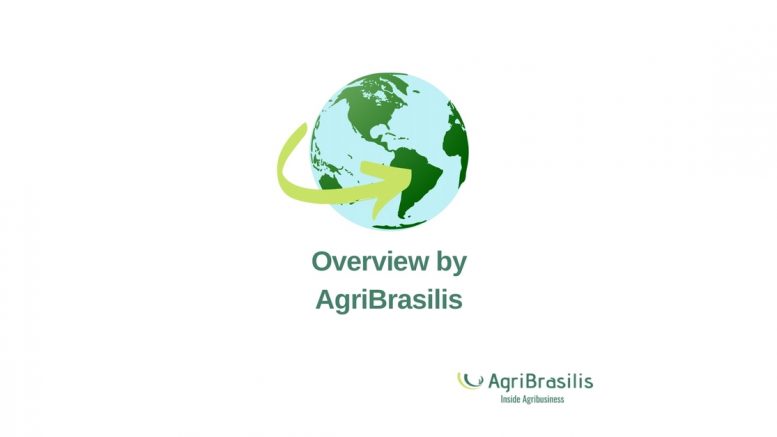 Unusual purchases of soybeans from Brazil were made because of low inventories at the peak of the off-season. 200 to 300 thousand tonnes will be delivered between February and March. “… bran prices are very high, so crushing margins go up, allowing this type of operation”, explained Fernando Muraro, analyst at AgRural. (National Association of Cereal Exporters; AgRural)

The worsening of the drought and the higher tax burden make farming profitability unfeasible. Of every 100 pesos generated in farms, 67.2% remain with the government. “It would be expected that, if production drops, whether because of drought or any other adversity, the tax pressure would also decrease. However, because of the tax structure that weighs on agricultural production, adverse events such as droughts, rather than decrease the tax burden, increase it,” said David Miazzo, chief economist at the Agricultural Foundation for Development of Argentina (FADA)

11 slaughterhouses were authorized to export beef to Indonesia. According to the Ministry of Agriculture, there is also the possibility of overturning the suspension of the export of three slaughterhouses to China. Brazil has not enabled new facilities to export to China since 2019. The possibility of opening is for one cattle and two chicken slaughtering companies. (Ministry of Agriculture and Livestock)

Excessive rainfall damaged mainly the production of coffee and pepper in the State of Espírito Santo. The amount of rain far exceeded the infiltration capacity of the soil. “The losses were very large, as some crops such as black pepper and papaya cannot withstand excessive rainfall,” explains Wellington Secundino, a consultant for Senar-ES. (Senar-ES)

Minister of Agriculture, Carlos Fávaro, says that processes for exporting products of animal origin will be simplified. The objective is to increase Brazilian agribusiness exports. (Ministry of Agriculture and Livestock)

Abundance, a Brazilian climatech that trades tree tokens from new forests, announced that it should create 100,000 “green” jobs by 2030. (Abundance)

Lindsay, a manufacturer and distributor of irrigation pivots, announced that it is expanding its operations in Latin America. The company predicts that irrigated agriculture could grow by 45% in Brazil until 2030. (Lindsay)

Summer harvest will exceed the capacity of Brazilian warehouses for the first time in 20 years. There is a possibility of more pronounced impacts during the winter harvest, especially for corn. Brazil will harvest 189.5 million tonnes of the main products in the first harvest (soybeans, corn, and rice). Total storage capacity is 187.9 million tonnes. (Conab)

Asian soybean rust outbreaks increased by 220% compared to the same period of the previous harvest. According to the Consórcio Antiferrugem, the first spores of the fungus were detected in November 2022 in the State of Rio Grande do Sul, in volunteer soybean areas. Today, forty-eight occurrences have already been registered, while most soybeans areas are in the grain filling phase. (Consórcio Antiferrugem)

Eighteen solar power plants will be created to serve 20 Embrapa units. With the creation of the new power plants, Embrapa will have a total of 29 solar units. It is estimated that the solar park will provide savings of US$ 1.55 million per year. (Embrapa)

Antimicrobial packaging is being developed to encourage fruit exports and reduce the production of plastic waste. The Catholic University of Maule and the Foundation for Agrarian Innovation are developing bioplastics from agro-industrial waste. Estimate for completion of the project is by the end of 2023. (FIA)

Ministry of Agriculture asks farmers to comply with the new European Union rules on the use of chemical pesticides in production chains. The Minister of Agriculture, Cecilia López, says that “in order to increase exports and be an agri-food powerhouse, it is necessary to understand that the demand for food has changed. This obliges us to generate a supply that respects environmental standards”. (Ministry of Agriculture)

Country approves genetically modified soybeans developed in Brazil. The variety edited by GDM has a low presence of raffinose and stachyose sugars, that aims at greater weight gain when used as animal feed. (GDM)

Governments of Mexico, USA and Canada have committed to strengthening the regulation of crop protection products through a coordinated work plan based on the exchange of scientific information. The announcement was made by the Secretary of Agriculture of Mexico, that highlighted that regulatory authorities, exporters, agricultural sector producers and industry representatives reiterate their interest in strengthening regulatory measures for agricultural pesticides. (Sader)

A new temporary tax on the export of white corn was created, at a rate of 50%. The objective is to guarantee local supply and price stability. “The supply and production of white corn in our country are important factors in determining its price and, therefore, the price of various products made from it”, states a decree published in the Official Gazette of Mexico. Only 238,000 tonnes of white corn were exported between January and October 2022 and 614,000 tonnes were imported during the period. Mexico is self-sufficient in white corn, but depends on imports of yellow corn, used for animal feed and purchased mainly from the US. (Sader)

Cotton and olives boost the agricultural sector, that grew by 3.9% between January and November 2022. Cotton production increased by 168%, with the largest planted areas in the regions of Piura, Ica and Lambayeque; olive farming grew 56.6%, with bigger production in Tacna and Arequipa. Also noteworthy is the 30.3% increase in blueberry production, concentrated in the regions of La Libertad, Lambayeque and Ica. (Midagri)