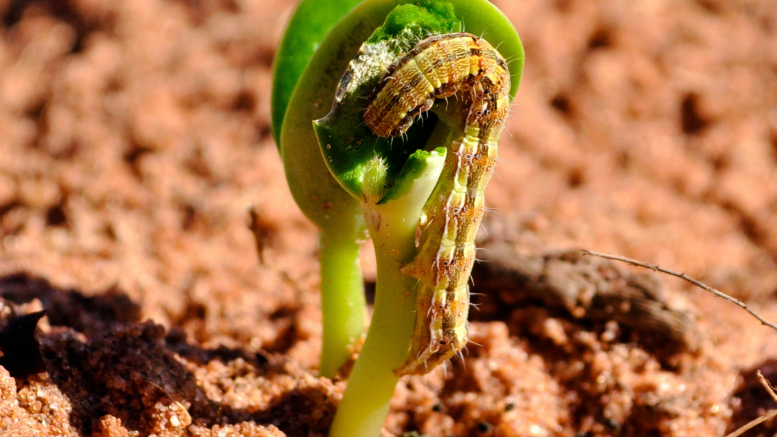 “…semiochemicals are applied to less than 1% of the surface of the crop, at points that modify the behavior of insects in the area…” 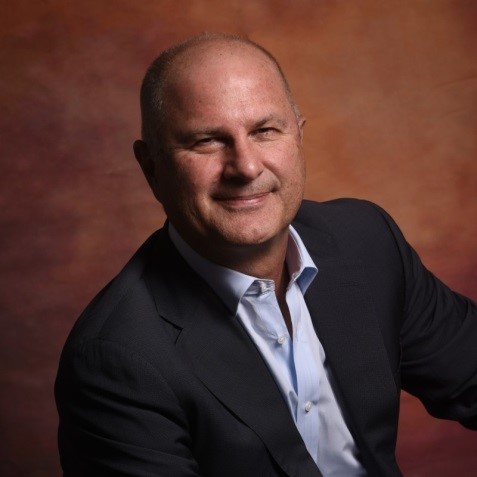 Agenor Mafra-Neto is CEO and co-founder of ISCA Inc., a manufacturer of semiochemical products for agricultural pest control.

AgriBrasilis – What are semiochemical products for?

Agenor Mafra-Neto – Semiochemicals are natural chemicals that modulate communication between organisms, such as between insects and plants.

We use semiochemicals to manipulate insect behavior in agriculture, in agricultural pest control, by luring the target into a trap that contains the semiochemical and small amounts of insecticide, which can weaken or kill the pest. Another way is through sex pheromones, to interrupt the mating of adults, preventing the creation of caterpillars. Semiochemicals can also repel insect pests. These forms of pest management correspond to attract-and-kill, mating interruption and repellency mechanisms, respectively.

Our company brings semiochemical products that compete with the cost of using conventional insecticides in pest management, but with numerous benefits: they are extremely effective and increase harvest results; they do not create risks either for the environment or for beneficial insects, such as pollinating bees and wasps that parasitize pests. Semiochemicals also protect the consumer, as they do not leave residues in the agricultural product.

AgriBrasilis – Can the semiochemicals be used in extensive crops as well?

Agenor Mafra-Neto – Historically, semiochemical products have been used in high value-added crops, such as fruits, nuts and vegetables. The high cost per hectare and the need to manually apply them in the field prevented their adoption in extensive crops. That’s changing.

Today there are mechanically applied semiochemical formulations. Without these new formulations, it would be impossible to apply in large areas of the Brazilian Savanna (Cerrado). Another factor is the reduction of costs of the active’s synthesis, through better chemical routes, or through the bio-production of these compounds. With the decrease in cost per hectare and with mechanical application, farmers have been adopting these new sustainable techniques in the management of soybean, cotton and corn pests. Today, attract-and-kill formulations are being used in extensive cultivation of the Brazilian Savanna.

AgriBrasilis – How is it possible to reduce the use of insecticides for fall armyworm by 90% using semiochemicals? Are there similar results for other pests?

Agenor Mafra-Neto – The attract-and-kill formulations are adjuvants that enhance the action of insecticides. In this case, the farmer uses only 2% of the insecticide that he would use in a conventional covering application, and controls not only the armyworm moth (Spodoptera frugiperda), but also other caterpillars, such as Helicoverpa armigera, Chrysodeixis includens, and others.

If a farmer has 100 L of insecticide and intends to apply it in a conventional way with 1L/ha, he will be able to protect 100 hectares. With the help of an attract-and-kill adjuvant, such as Noctovi, which we sell in Brazil, it will be able to protect 5000 ha. The farmer maintains the same control effectiveness in these 5000 ha and does not use 4900 liters of poison.

AgriBrasilis – How can pheromones be produced on a large scale?

Even pheromones sold on the world market, in higher volumes, cannot reduce the price sufficiently to compete directly with other pesticides used in pest control. This has changed with the development of pheromone molecules produced from biological processes. For example, ISCA produces various pheromones from plants modified to synthesize these molecules. These innovative processes reduce the cost of pheromone synthesis to acceptable levels for pest management inputs for extensive agricultural crops.

AgriBrasilis – ISCA operates in Argentina and Brazil. What products and solutions does the company develop in these countries? Does the company plan to operate in other Latin American countries?

Agenor Mafra-Neto – In Argentina, we participated in the control of the grape moth (Lobesia botrana), an insect that promotes the entry of phytopathogenic microorganisms, which cause diseases and impair the quality of wine. Our Splat Lobesia technology uses a fluid pheromone formulation, which allows aerial application, enabling the execution of a government-supported program that applies our product over all Mendoza wine production. We have just received the registration from Splat Lobesia and now we are going to take this solution to other wineries that do not participate in the Mendoza consortium. 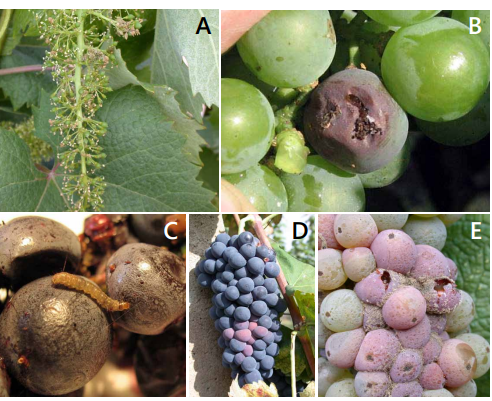 Lobesia botrana damage on vine inflorescences (A); damage to green berries (B); damage to ripe berries. (Source: adapted from “Prioritization of Quarantine Pests Absent in Brazil”, by Embrapa and Department of Plant Health at MAPA. Photos: Andrea Lucchi)

We are opening several other fronts in Latin America, including controlling fruit flies, caterpillars and bed bugs in large crops, and increasing pollination in crops. In Brazil, our history has been developing since we founded the company in 1997. We have already done a lot: we help apple and peach farmers to control their main pests and eliminate residues in the fruit; we help tomato farmers control Tuta absoluta, a tomato-boring moth; we work with cabbage and broccoli farmers to control the Plutella xylostella caterpillar, and with coffee, grape and mango growers to control the fruit fly, and to increase productivity and quality by increasing fruit pollination.

One of our company’s first commercial projects in Brazil was the Cydia pomonella (apple caterpillar) eradication program, together with Luís Borges, leader of Brazilian apple farmers, establishing a semiochemical-based system to monitor and control pests of the apple without residue in the fruit.

Today, ISCA is very well positioned, operating in 30 countries, and protecting some of the largest agricultural markets in the world. Our great challenge and ambition is to take the semiochemical to extensive agriculture in the Brazilian Savanna. We are doing this very successfully and in a sustainable way.

From the beginning, my vision was that with the rational use of semiochemicals we could reverse the risk scenario that the unsustainable use of pesticides was bringing to the world. Agriculture in Brazil has always been central to my vision of the future, especially when I decided to start a business, which is why we simultaneously opened ISCA in Brazil and the USA.

Semiochemicals Can Reduce Insecticide Use by up to 90%

Present and future of precision agriculture in Brazil