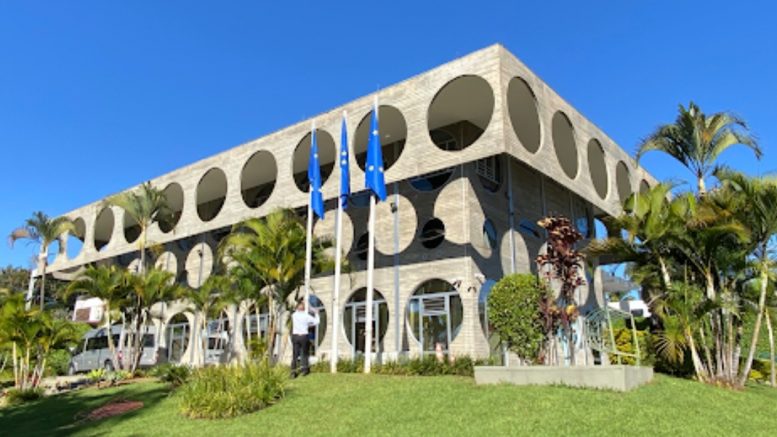 “More must be done to preserve the environment. We observed with great interest the declarations and commitments signed by Brazil at the last COP 26, that took place in Glasgow.”

AgriBrasilis – How would you define the economic relationship between Brazil and the European Union, especially regarding agriculture?

Ignacio Ybáñez – Brazil and the European Union (EU) are strategic partners, which already defines the intensity of our relationship from a political and economic point of view.

The EU is Brazil’s second main trading partner and the first partner in services and in foreign investment. We represent 45% of foreign investments in Brazil, taking into account all the countries in the bloc as a whole. Our relationship is very strong.

Regarding agriculture, Brazil and the USA are the biggest exporters of agricultural products to the EU. Those are products like soybean and meat, for example, among many others essential for our relationship.

AgriBrasilis – How is the agricultural export agenda established between Brazil and the EU and what is its trend for the future?

Ignacio Ybáñez – European imports of Brazilian products mainly include soybean and its derivatives, coffee beans, meat, alcoholic beverages, iron ores and tobacco, for example. Agricultural products are the most relevant in our trade balance, with emphasis on vegetable products.

The present situation is defined by the export of commodities to Europe and the import of industrial products by Brazil, but the commercial flow and relations will evolve as our diplomacy evolves. I believe that Brazil and Europe have a lot of potential to jointly develop their exporting agendas.

AgriBrasilis – What factors will define bilateral relations between Brazil and the European Union in the coming years?

Ignacio Ybáñez – The main element will be the new trade agreement between the EU and Mercosur, part of an even bigger “package”, which is our association agreement. Mercosur countries are the only ones in Latin America that still do not have a defined association or trade agreement with the European Union. It is curious because the relationship with the EU is very strong on several points.

The markets of countries members of Mercosur are very protected and the EU has always been interested in carrying out an agreement like the one that is underway.

After 20 years of negotiations, in 2019 we reached an agreement that will be the propellant of our future relations, opening up possibilities for European and Brazilian companies, not only in the agricultural sphere, but also in the industrial and service spheres.

Another defining issue is that we are experiencing a global conflict between Russia and Ukraine. Europe, along with the rest of the world, is faced with a trading partner like Russia, which has shown itself to be unreliable and is using the energy issue as a diplomatic weapon. This situation opens up possibilities for partners that are more reliable, as it’s been demonstrated in the past, which are the Mercosur countries.

Therefore, the main defining elements of bilateral relations between the EU and Brazil are currently the agreement between the European Union and Mercosur and the global situation of conflict. This can be taken advantage of by Mercosur countries in general, but especially by Brazil.

In the case of Brazil, the country needs to be more clearly incorporated into international value chains. The country is very present in the agricultural sector, being a great power in the area, but in areas such as industrial, services and energy, there is still much to be improved. We want this path to be followed together with the European Union.

AgriBrasilis – Still on the agreement between the European Union and Mercosur, would you say that one of the main obstacles to its ratification is the issue of sustainability and the environment?

Ignacio Ybáñez – It is good to remember that the agreement between the EU and Mercosur is not only commercial, but is also an association agreement with a political component, based on values ​​that we share on both sides of the Atlantic: the defense of democracy and respect for human rights, for example. We value the importance of a system based on rules, in addition to investor safety, and have confidence in the market economy. It is different from the case of China, for example, which is a major trading partner of Europe, but which does not believe in these values.

On the trade side, our agreement will establish possibilities for liberalization, establishing adequate periods and protecting more sensitive sectors on both sides. For the future, preferential access between markets is sought.

We want to introduce products from Mercosur countries, particularly Brazil. The market constituted by the Mercosur countries is very large, comprising of 450 million consumers and it is of high demand. It is one of the most important markets in the world.

The agreement will allow access to products at much more economical prices for consumers on both sides of the Atlantic. Brazilian agricultural products will be able to reach our market in much better conditions.

Now, on to the issue of sustainability: there is a very important chapter in the agreement, which is the Chapter on Trade and Sustainable Development. This chapter is based on some basic principles. First on is that trade is obviously a very good thing. Trade between nations has proved to be one of the ways to achieve economic development for many regions, but logically there must be limits. Products cannot come from slave or child labor, for example.

Trade must respect international agreements, such as the Paris Agreement on climate change, or other agreements on protecting biodiversity. This is a fundamental element of what was signed in 2019. There is no need to re-elaborate this topic, because it has already been accepted among the countries.

In 2019, when we closed the agreement, many EU countries raised concerns about the situation of illegal deforestation that was taking place in the Amazon. This remains an element of concern.

There is no doubt on the European side about Brazilian sovereignty over the part of the Amazon that is in its territory, just as there is no doubt about the sovereignty of Colombia or Bolivia, for example. In addition, we recognize the importance of Brazilian legislation, especially the Forest Code, which is a modern instrument. The problematic issue is in the fulfillment of these laws.

Compliance with agreements and legislation is in the interests of Brazil itself, which needs to preserve its wealth. Deforestation already has effects on rainfall, for example, which is an essential resource for agricultural development.

More must be done to preserve the environment. We observed with great interest the declarations and commitments signed by Brazil at the last COP 26, which took place in Glasgow. The Brazilian commitment to zero deforestation by 2028 is very welcome news, but we need results.

The European Union offers its cooperation. We want to work with this government and with the next one. We want to work together so that Brazil’s commitments are fulfilled. We can use our experience, for example, in fighting forest fires. During the last summer, everyone noticed that fires are also a reality in Europe. When fires break out in France, the French ask other EU countries for help. This effort that we have is not only within the EU, but also with our neighboring countries and with other countries in the world. We offer this same cooperation to Brazil.

Recently, I was in a meeting with Ibama and other institutions to discuss the possibilities of cooperation, exchanging experiences and knowledge about the reality of forest fires in Brazil. If it is necessary to bring in international experts, for example, this can be done. We have regular conversations with the Minister of the Environment to find out in what areas we can contribute.

There is a clear request from the European Union: it is very important to have results in the field of environmental preservation so that we can reach a final signature. But it’s not just a request. I reiterate that it is also an offer of cooperation.

AgriBrasilis – Is there excessive protectionism on the part of member countries of the European Union, or even a boycott of Brazilian products? Why?

Ignacio Ybáñez – I believe that defining the EU as protectionist, given the history of its internal and external evolution, is a bit exaggerated. The construction of the block was carried out precisely through openings.

We created a powerful internal market by lifting restrictions on products, goods, capital, and people, who can move freely within the EU. We are one of the major forces in favor of liberalization and international trade, given the positions we take in the World Trade Organization.

Of course, we need to protect our interests, but we always seek more freedom. However, I reiterate my point that there must be limits on trade. There are goods that we have to preserve inside and outside Europe, such as forests. In addition, we need to mitigate climate change and live in harmony with the environment.

Particularly on deforestation: it is worrisome because we know that many products that reach the European market come from deforestation. From this point of view, we have been routinely accused of participating in this illegal trade.

When deforestation is done to obtain wood or to plant soybeans irregularly, contrary to legislation, this product sometimes reaches the European market as part of our normal imports, and this generates some pressure. This pressure is partly induced by the European Union countries themselves.

In recent years, we have carried out a rigorous analysis, a public consultation that was the one with the greatest participation of the EU, precisely to know what should be done and what our responsibility and action should be with the countries from where these irregular products are from.

We have identified six products in the world with a direct effect on deforestation, which are soybean, palm oil, coffee, cocoa, wood and beef. Taking these products and their derivatives into account, we are establishing legislation that has been submitted to the European Parliament and the Council of the European Union, our two regulatory institutions, one representing citizens and the other representing the countries that make up the EU.

We are establishing a due diligence principle for those products that were identified. We will establish that farmers and producers who want to export their products to Europe must demonstrate that they are not causing deforestation in their country of origin. It is a very strong demand from our consumers. Brazil will be part of this work. We also want partner countries to establish autonomous traceability systems, which ensure that the product that reaches the market is not the result of deforestation.

Combating the smuggling of pesticides in Brazil