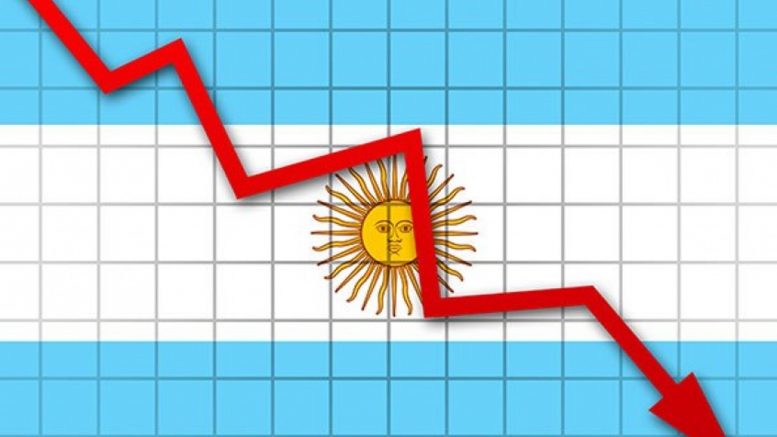 “It is imperative for the economy to reduce the fiscal deficit, to break the cycle of expense, money issuance and inflation…” 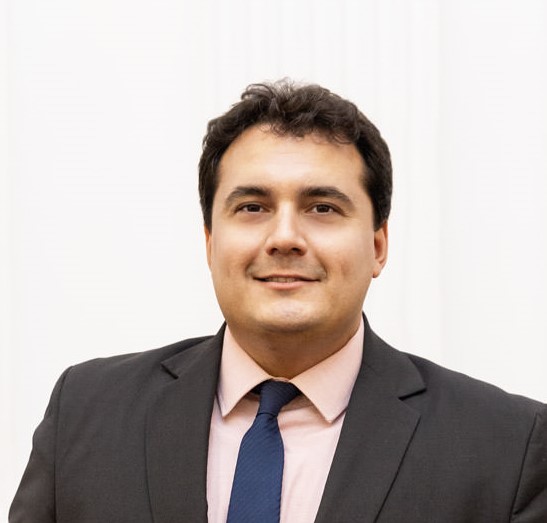 David Miazzo is the chief economist at the Agricultural Foundation for Development of Argentina – FADA and holds a PhD in economics from the Universidad Nacional de Rosario.
Miazzo is an expert in agricultural and agro-industrial economics and has been a consultant to the USDA and the World Bank.

AgriBrasilis – What is causing the worsening of the economic crisis in Argentina? What is expected in the short and medium terms?
David Miazzo – The economic crisis is caused by a deep fiscal deficit. As Argentina does not have access to credit, this deficit is financed by issuing money from a Central Bank that is not independent. The fiscal imbalance becomes a monetary imbalance, with a growing surplus of money that no one demands. The excess currency turns into inflation and devaluation.
The government wants to avoid the devaluation of the official exchange rate by keeping it at an artificial level of ARS $140/dollar. To keep the exchange rate at this level, exchange restrictions have been implemented. This creates a widening gap between the official exchange rate and the free exchange rate of ARS $300/dollar. Restrictions on imports are also added to limit the loss of reserves. Monetary instability caused by the fiscal disequilibrium ends up becoming an exchange rate disequilibrium.
The deepening of the fiscal deficit led to a crisis in the peso debt market in early June, aggravated by the departure of the Minister of Economy Martín Guzmán and Minister Silvina Batakis, who did not last a month in office. These factors caused the worsening of the crisis that had as a symptom the free dollar soaring from ARS $200 in early June to ARS $300 today, after a peak of ARS $350.
Expectations in the short term are: inflation at the end of the year, between 90% and 100% per year; increasing devaluation of the official exchange rate due to the low level of reserves and a government obliged to significantly reduce the public deficit by cutting expenses and subsidies by increasing public service rates. 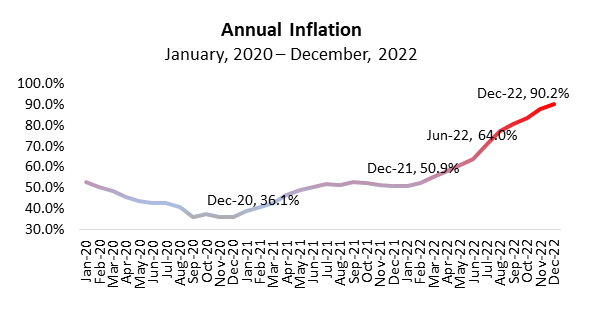 AgriBrasilis – What are the reasons for the creation of the “superministry” of the Economy and what are the government’s proposals to fight inflation and stabilize the exchange rate?
David Miazzo – The unification of the ministries can be seen as an attempt to achieve greater coordination of economic policy. It is more likely intended to show a minister with more strength and political power, hence the concept of a “superminister”.
Policies promoted since the arrival of the new minister are two: reduction of the fiscal deficit, which is seen as insufficient, but at least it is a step in the right direction; reduction in the need for currency issuance due to a smaller deficit; increase in the annual effective interest rate to 96%.
Those measures should help to stabilize inflation and the free exchange rate, but are insufficient to be considered a “stabilization plan”, which systematically reduces inflation and generates economic stability. Currency problems remains unresolved, with an official exchange rate lagging behind.

AgriBrasilis – According to Argentina’s National Institute of Statistics and Census, the economy grew 6.3% in the first half of 2022. Is this a sign of stabilization or of the crisis becoming less severe?
David Miazzo – The economy has recovered a little, but levels are still below December 2017. On the other hand, a GDP growth of 3.4% is expected for the full year of 2022.
Part of the growth process is driven by consumption fueled by people getting rid of pesos. The peso is losing value at an accelerated pace, added to an exchange rate difference of more than 100%, which generates a boost in consumption to try to beat inflation and devaluation, even with real wages that lost 21% of their purchasing power compared to December of 2017.

AgriBrasilis – How are the transactions in foreign currency made, both for receipts and payments? Why does the government restrict dollar purchases?
David Miazzo – The government artificially maintains an official exchange rate of ARS $140. To keep it at that level, no one can buy dollars at that amount to save money. Only companies can buy this dollar to pay for imports, and with increasing restrictions.
On the other hand, the Central Bank buys dollars at the official exchange rate value from exporters who are obliged to settle them. Therefore, being an artificially low value, incentives are generated to import as much as possible and export as little as possible. Therefore, the Central Bank has fewer and fewer dollars.
In a normal country, an increase in the exchange rate, encouraging exports and discouraging imports, resolves the exchange rate imbalance. In Argentina, the government tries to postpone this process. Money continues to be printed, creating inflation which is why the exchange rate on the balance is higher each month, but in a context of uncertainty.
Only a small group of the population can buy a maximum of US$ 200 per month, worth ARS $230 (solidarity dollar), and expenses abroad with credit card are paid at ARS $245 (dollar card). Thus, as people can buy dollars at the official value, a free market is created with an exchange rate that today is between ARS $280 and ARS $300.

AgriBrasilis – Has the demand for agricultural commodities had an impact on the economy? Does the peso devaluation benefit exporters?
David Miazzo – The high international prices of agricultural commodities had a positive impact on the economy. In the first half of 2022, the agricultural and agro-industrial chains generated exports of US$ 31 billion, 21% more than in the previous year, although energy imports, mainly gas and fuel, also cost more.
The devaluation benefits all exporting sectors; the problem is that in the last two years the opposite process occurred, which is the exchange delay. In the last two years, inflation in Argentina was higher than the rise of the exchange rate. For example, in the last 12 months, inflation was 71% and the exchange rate increased only 33.5%. The difference is the inflation in dollars, which generates a loss of competitiveness.

AgriBrasilis – Rentenciones are a reason for recurring complaints from the agricultural sector. What is the purpose of these taxes and what are their effects on the production chain?
David Miazzo – The purpose of the Export Rights, or retenciones, is to raise money. The national government raised more than US$ 10 billion in 2021, mainly from the soybean production chain, followed by corn, wheat, other grains and meats.
The effect is negative on production: it is stagnant when it could be growing. It shrinks the production frontier and creates fewer incentives to invest in inputs, such as fertilizers, or improvements, such as irrigation.
In other words, retenciones have negative effects on the planted area and on yields. It ends up generating negative effects on the entire economy through a drop in investments, economic activity, employment and exports.

AgriBrasilis – What will be the effects of the measures promised to the IMF, such as the fiscal deficit target of 2.5% of GDP? Will the country comply with the terms?
David Miazzo – It is very difficult for the country to meet the goals agreed with the IMF. Perhaps with some “creative” accounting, however, they could be close.
It is imperative for the economy to reduce fiscal deficit, breaking the cycle of expending, money issuance and inflation. Measures are in the right direction, but are still insufficient.