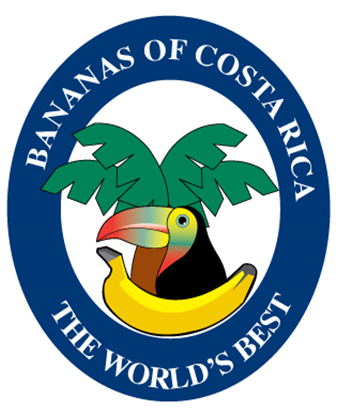 In Costa Rica, less than 1% of the national territory is dedicated to banana production, however the activity has been of great importance internationally, adding a lot of value to the country’s agriculture. Therefore, Jorge A. Sauma Aguilar, agronomic engineer and General Manager at Corbana granted AgriBrasilis this interview, where he made a wide analysis of the agriculture sector.

AgriBrasilis – What is the general panorama of banana production in Costa Rica?

Jorge A. Aguilar – Each year the banana industry exports about 125 million boxes of the product (2,267,500 million tons) for an average FOB value of US$1.004 billion, which represents 7.6% of Costa Rica’s exports and 36.3% of the country’s agricultural exports.

Banana is the second most exported item and the most important among the agriculture goods. Regarding the fruits’ export market European Union corresponds for 53.15% of the bananas exported, the US represents 32.25% of the exports and other destinations only 12.6%.

AgriBrasilis – What is the reality of the banana production in Costa Rica? Are there differences between the local producers and the big companies?

Nowadays, both transnational and national companies are equally productive.

AgriBrasilis – About the geographical indication certificate, how does it work and what is the benefit to Corbana?

Jorge A. Aguilar – Costa Rica is the only country in Latin America with a geographical indication called “Banano de Costa Rica”, obtained due the sustainable way of banana production in the country.

Geographical indication (GI) is a certification which identifies the source and quality of the product attesting how it has been produced.

The recognition of GI to Costa Rica’s bananas shows the high standards to social and environmental commitment. We hope that the GI “Banana of Costa Rica” creates an advantage in sustainability, because our bananas are produced with the highest environmental and social standards.

We see the IG “Banano de Costa Rica” as a competitive instrument that will help protect the prestige and the way the bananas are produced in our country, we hope the consumer will be willing to recognize our efforts paying a better price.

AgriBrasilis – What are the phytosanitary effects of diseases in banana’s farms, specially the Fusarium?

Jorge A. Aguilar – For a long time we have been training farmers, providers, workers and public agents. Besides, there is a coordination between Agriculture Ministry (MAG), Phytosanitary State Service (SFE) and Corbana in prevention and mitigation measures.

Until now, Costa Rica is free of this disease and making efforts to contain its arrival.

We have advanced in the legal framework, there have been created decrees and guidelines. In June of 2020, the President, Carlos Alvarado and the Minister of Agriculture and Livestock, Renato Alvarado signed the Decree No. 42392 which declares state of national phytosanitary emergency as key to avoid the entry in the country, its goal is to protect the activity and over 140 thousand of direct and indirect jobs created by the sector.

The efforts and fight against this disease are worldwide, therefore we take place side by side with governmental and international institutions, alliances, consortium and any type of initiatives created to coordinate containment and development measures of resistant species.

How the New Government’s Policies Will Affect Colombian Agriculture