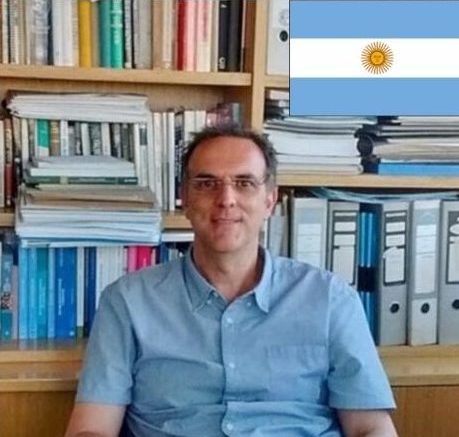 Marcelo Resico has a PhD in economics and works as a consultant. Resico directs the Programa de Desarrollo e Instituciones (Development and Institutions Program) and the Doctorate in Economics at Universidad Católica Argentina.

AgriBrasilis – In 2021, the inflation rate in Argentina reached 50.9%. What measures are being taken to control or reduce this?

Marcelo Resico – The government’s strategy to control inflation is being developed in the context of negotiations with the International Monetary Fund (IMF), in search of an agreement that allows an increase in debt maturity with the institution. The government’s proposed budget at the end of the year, which contained a 33% inflation estimate for 2022, was not approved by the opposition in Congress.

That agreement with the IMF, in which a first understanding was reached on January 28th, reportedly will entail interest-free fiscal deficit guidelines of 2.5% for 2022, 1.9% in 2023, 0.9 % in 2024 reaching 0% in 2025. It was also agreed that the monetary expansion will be reduced to 1% of GDP in 2022, 0.6% in 2023, and 0% in 2024, to accumulate international reserves, which are at historically low levels. The government’s position on economic policy emphasizes the recovery of the level of activity, leaving stability as a secondary or derivative objective.

AgriBrasilis – Argentine agro-industry represents 7% of the national GDP. The country is a major exporter of agricultural raw materials on the world stage. How does this crisis impact the agricultural sector?

Marcelo Resico – Agriculture and agri-food chains are the main source of inputs in the country, which has very low international reserves. In 2021, these sectors reached exports of US$ 52 billion, 43% more than in 2020, accounting for 68% of the country’s exports.

That being said, the crisis could have an impact on several fronts: on the one hand the fiscal pressure, which is already very high. On the other hand, the “exchange gap”, that is, the difference between official dollar prices at which exporters must settle their foreign currency, concerning dollar prices in the informal market (this gap has sometimes reached almost 100%), or the need for importers to obtain official dollars to import inputs needed for production that the government manages in a restrictive manner.

The high uncertainty is starting to decline because of the aforementioned understanding with the IMF, but it is still at very high levels.

AgriBrasilis – Are there export incentives, including for agricultural products?

Marcelo Resico – As we mentioned, the agro-industrial sector faces high tax pressure (export taxes, also called “retenciones”), as well as a significant differential in its exchange rate that generates disincentives. Likewise, the government ended up establishing restrictions on meat exports, for example, as they constitute consumer goods in the domestic market.

Currently, the government has sent to Congress a proposal for a “Regime for the Promotion of Federal, Inclusive, Sustainable and Exporting Agroindustrial Development”, negotiated with entities in the sector. The project establishes some tax benefits for livestock and agriculture but does not include the possibility of reducing export tariffs.

AgriBrasilis – The lack of rain in South America has affected most countries in the region. What are the impacts on agribusiness?

Marcelo Resico – The beginning of 2022 brought three weeks of drought that affected different productive areas in different ways, however, recent rains improved conditions in most of them. According to meteorologists, it will be necessary to monitor the rains in February to have a more accurate view of yields. On the other hand, in terms of results of monetary values ​​of the sector, forecasts of lower production increased international prices, so it will be necessary to see which trend outweighs the other in relative terms.

AgriBrasilis – What are the prospects for the economy in the short and medium-term?

Marcelo Resico – The agribusiness sector faces high demand and good international prices, depending on the level of activity and consumption in Asia, especially China. However, local economic policy conditions are not the most favorable for developing the sector’s potential.

Regarding macroeconomy at the end of December 2021, the Market Expectations Survey published by the Central Bank predicted on average that retail inflation for 2022 will be 54.8%, while the expected real GDP will be 2.9%. Both estimates show increases from those estimated in the previous month.