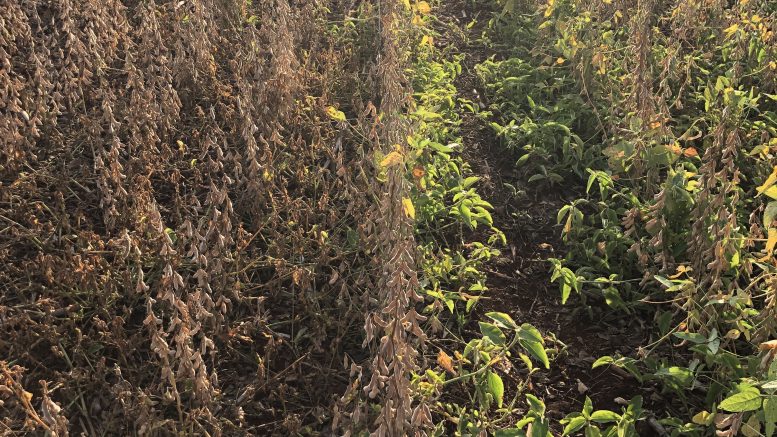 “… farms are dirtier, and yields are lower as a result. In addition, there is the production of seeds by weeds that have not been controlled, which will infest areas for years to come…” 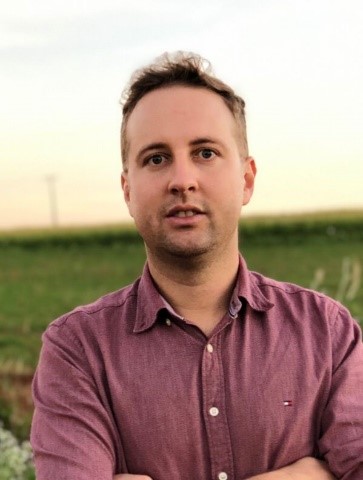 AgriBrasilis – What is the importance of desiccants in agriculture?

Giliardi Dalazen – Desiccants are used mainly at two occasions in the field. First in the pre-sowing of plants, to control weeds before establishing them. In this operation, non-selective products are used, which can be systemic (as with glyphosate) or by contact (as with diquat and ammonium glufosinate). Proper management of weeds before the cultivation of plants is essential for higher yields to be achieved.

Pre-sowing desiccation replaced soil turning, which was often performed to control weeds. Therefore, it can be said that desiccants are products that play an important role in weed management and also in no-till practices.

This practice is recommended for soybean, beans, potato, wheat, and others.

Pre-harvest desiccation is carried out with contact products, which are not mobile inside the plant. This avoids contamination of grains and tubers, which are protected from direct contact with the herbicide. In the case of soybean, for example, grains are inside the legume. In potato, harvested structures are buried in the ground. Therefore, if the period between product application and harvesting is respected, pre-harvest desiccation is safe.

AgriBrasilis – With the ban on paraquat, what are the main products indicated for pre-harvest desiccation of crops?

Gilliardi Dalazen – Since 2020 or 2021, depending on the region, usage of paraquat has been banned in Brazil. Since then, two active ingredients that were already in use have replaced it: diquat and ammonium glufosinate. Diquat is a photosystem I inhibitor (like paraquat) recommended for pre-harvest desiccation of potatoes, beans and soybean. Glufosinate-ammonium inhibits the enzyme glutamine synthetase and is recommended for potatoes, sugarcane, barley, beans, soybean and wheat. Other products can also be used, such as saflufenacil, in the pre-harvest desiccation of soybean, beans, sunflowers, cotton and potatoes. Use of each product must follow label recommendations, including dosage and withdrawal period.

AgriBrasilis – Are there other agricultural management practices to replace the use of chemical desiccants?

Gilliardi Dalazen – If we consider the pre-sowing phase, the use of cover crops, which suppress germination and emergence of weeds, is a great ally for the farmer. However, these cover crops must be managed, usually in the flowering period, before they produce seeds that can infest later cultivations. In the absence of herbicides, management of cover crops can be carried out with a knife roller. This equipment lays and cuts cover crops on the soil surface, forming an uniform barrier of straw.

There are also other weed control methods being developed, such as physical ones, which involve heat and electrical discharge, which lead to the death of weeds. However, these methods are still not widespread in Brazil.

Considering pre-harvest desiccation, there are no viable alternatives that lead to plant desiccation and harvest anticipation. Some producers have used products based on sodium hypochlorite, such as the bleach we use at home. But we did some tests and we saw that these products alone are not enough to desiccate soybean plants. Therefore, in the absence of desiccant herbicides, one must wait for the natural maturation of plants, or harvest grains with high humidity and spend money on the drying process of the grains inside warehouses.

AgriBrasilis – What are the impacts in relation to the lack of desiccants in the market?

Giliardi Dalazen – The ban on paraquat has already had a considerable impact, both from a technical and economic point of view. Paraquat is highly effective against a large number of weed species. In addition, its substitutes are more than twice as expensive.

The current desiccant shortage scenario has several impacts. The first one is that farms are dirtier, and yields are lower as a result. In addition, seeds are produced by these uncontrolled weeds, which will infest areas for years to come.

Another aspect is that with the lack of products, pre-harvest application is not carried out, which can anticipate soybean harvest and, consequently, anticipate the later sowing of corn. Each day of delay in the sowing of corn reduces yield expectations by approximately 80 kg per hectare. So, with 10 days of delay in the soybean harvest, there are about 13 bags less of corn per hectare in the second harvest.