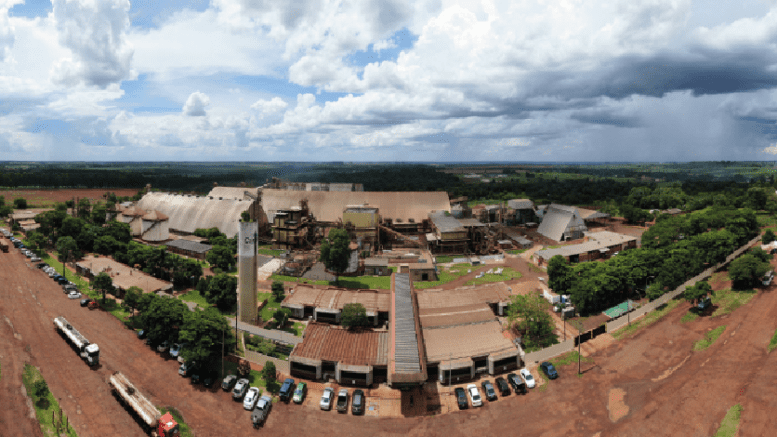 “… continuous growth of 1% per year, due to the use of different technologies”

Grain market is considered the backbone of agribusiness in Paraguay, that in 2020/21’s harvest was ranked sixth largest soybean grower in the world. Despite the adverse climatic conditions and the consequences of the economic crises caused by Covid-19, agriculture has an important role in the country economy. In an exclusive interview to AgriBrasilis, Marcelo Boo, president of Cargill in Paraguay, shows the scenario and prospects for the next season.
Boo has a degree in Public Accounting from the University of Buenos Aires (Argentina) and has been working at Cargill since 1999. Cargill has been established in the country since 1978, with 470 employees located in more than 20 sites. Infrastructure in Paraguay provides the basis for the company to develop activities related to the origination, processing, storage and commercialization of grains, production of protein flour and vegetable oils.

AgriBrasilis – What is Cargill’s performance in the Paraguayan market and how much does this represent in numbers?

Marcelo Boo – Cargill was established in Paraguay in 1978. Since then, we have been following the transformations in the country and the evolution of the business, including a greater share in the export of grains and food to foreign markets such as Asia, Europe, and Latin America, among others. In Paraguay, Cargill has 470 employees and works especially with soybean, corn and wheat, standing out among the largest exporters to those countries. In addition, we work directly with farmers in the supply of agricultural inputs to support farming. We have a structure that includes 16 warehouses, 2 private ports and operate a processing plant. We have the potential to transport 1 million tons per year through the Paraná and Paraguay rivers.

AgriBrasilis – How is the origination process?

Marcelo Boo – It takes place particularly through a network of warehouses, ports, cooperatives, suppliers and inputs. The three major crops – corn, wheat and soybean – have different characteristics and growing areas, that increase the complexity of the business, but also bring access to different markets. A large amount of Paraguayan wheat, for example, is for domestic consumption and to Brazil.

AgriBrasilis – What is the forecast for the 2021/22 harvest and the impacts caused by the “La niña” phenomenon?

Marcelo Boo – We come from a year in which soybean, corn and wheat suffered losses. Due to water stress soybean had lower yields. Corn and wheat suffered more because of the frost and therefore harvest had significant decline. For the 2021/2022 season, despite the effect of La Niña, we have good prospects already from the planting started in September. The announced rains should ensure sowing throughout the month, although less water than usual is expected. Even with all the challenges, the estimated [soybean] harvest should surpass the 2020/2021 season, around 10 million and 10.5 million tons.

AgriBrasilis – What are the impacts of exchange rate variation in agribusiness?

Marcelo Boo – Paraguayan agribusiness is dollarized, which implies that 90% of production costs are paid in dollar. It also happens with the sale of what is produced in the country. Despite the regional exchange rate devaluation, particularly in Brazil and Argentina, the local currency was very stable, devaluation did not exceed 8% from one year and another.

AgriBrasilis – What is the oilseed processing industry like? What investments have Cargill made to expand it?

Marcelo Boo – It is remarkable that [agriculture in] Paraguay grows every year, both in volume and in the way it handles farming. The country is already among the prominent FAO’s list for its attentiveness with food. In the case of grain industry, we can highlight the production of soybean. We have 6 crushers, processing about 1/3 of the country’s production. The company’s advances are closely linked to the Triple S certification proposal – Sustainable Supply Solutions. This platform was created to support agricultural, environmental and social management that allows farmers to manage their property and control their production in a practical, responsible and transparent manner. Today, production certification is an essential tool for this advancement.

AgriBrasilis – What are the prospects for grain production in Paraguay in the coming years?

Marcelo Boo – We believe in a healthy and continuous growth in Paraguay. This advance should keep the rate of 1% per year, influenced especially by the use of different technologies. Another highlight is the zero-deforestation law, aimed at the eastern region of the country, where soybean, corn and wheat are grown. Among the points of attention, we can mention the concern with the water level of the rivers, because the logistics from the growing areas and the ports depend on it. Paraguay has the third largest fleet of barges in the world, only behind the United States and China.