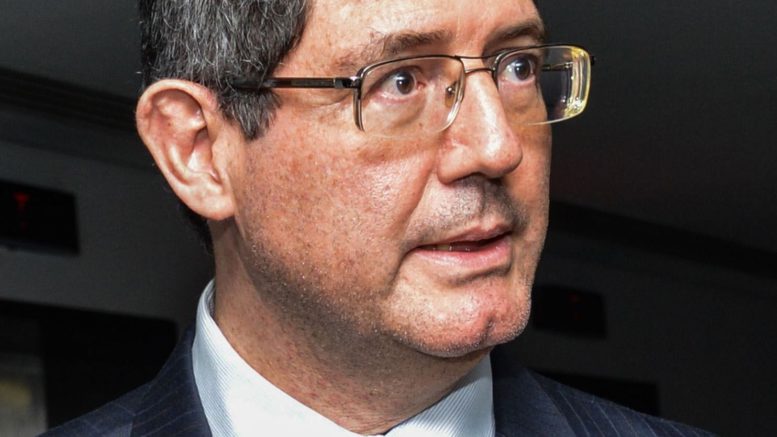 Joaquim Levy, PhD in Economics from the University of Chicago, Master in Economics from FGV and graduated in Naval Engineering from the Federal University of Rio de Janeiro, is Chief Economist at Banco Safra.
Levy was Minister of Economy (2015), held strategic job positions in Brazil and abroad, such as Secretary of National Treasury, Vice-president of the Inter-American Development Bank, Managing Director of the World Bank and President of Brazilian National Bank of Economic and Social Development.

AgriBrasilis – What is the scenario for Brazilian economy?
Joaquim Levy – Banco Safra is working with a constructive scenario, despite recognizing the challenges we are still facing because of Covid-19. The main positive factor in this scenario is the expectation of continued high prices for commodities and our exports good performance.
Grains in particular should bring plenty of resources to Brazil in 2021 and probably in 2022. The cautious action from Central Bank of Brazil also helps, and we consider that inflation will slow down. On the risks side, first there is Covid, despite vaccination progress. The second comes from possible changes of monetary policy in the USA. A reduction in the purchase of assets by USA Federal Reserve – FED (tapering), as much as an increase in interest rates might affect our exchange rate and indirectly our economy.
Another risk associated with the USA would be disappoint the expectations of the American government related to our environment indicators, especially deforestation. The ambassador of the USA in Brazil [Todd Chapman] recently noted that this is a key point in the relation between the two countries, and could affect private sector.

AgriBrasilis – How do you see a possible economic recovery after Covid-19?
Joaquim Levy – Brazilian economy begun 2021 with velocity; however, a series of events from middle February on slowed it down and brought pessimism (sometimes exaggerated) to markets. Covid contamination has raised and tax issues weighed, mainly due to mismatches in 2021 budget. Besides, household’s purchase power is falling, as many wages are being readjusted below inflation and informal employment hasn’t recovered yet.
The loss of momentum in the economy in March was bad because the Government is no longer in position to provide people and companies with the kind of support it did in 2020. A weak second quarter will be followed by a resumption over the second semester, when consumer’s confidence will play a key role in spending money saved over 2020, driving the economy.

AgriBrasilis – How can we leave behind the “expensive dollar vs high domestic prices vs inflation” cycle?
Joaquim Levy – Dollar exchange rate should stabilize and might even appreciate in 2021.
Several factors contribute to that, in addition to the jump in exports, which could double our trade balance to nearly US$ 80 billion in 2021.
There are also technical factors, such as the near completion of an adjustment the government forced the banks to make last year and resulted in the purchase US$ 30 billion; others are related to the large outflow of foreign capital in the stock market and government’s debt in 2020, which has practically ended now. Besides, many exporting companies payed their debts in dollar, which meant that the export cash never “entered” into Brazil.
As these two cycles might be ending, the increase in agricultural goods prices might help real to appreciate, avoiding such strong raises in domestic prices. Furthermore, without government’s Emergency Aid¹, customers will resist to increasing prices. This mitigation of inflation could help monetary policy.

AgriBrasilis – How should rising interest rates hinder recovery?
Joaquim Levy – If the concern about government’s accounts don’t worsen, it is likely that the currency will stabilize, reducing the inflationary trend. In this case, what Central Bank of Brazil calls partial adjustment of monetary policy, that is, bringing real interest rates to slightly positive values, could offer more security to economy without harming economic activity. If all goes well, Central Bank will have to decide the monetary policy next July. As the economy might have slowed down by then, it is possible that it will maintain a mild adjustment in interest rates, avoiding delaying the recovery in the next semester.

AgriBrasilis – What steps do you consider important to the economic recovery? Why?
Joaquim Levy – The most important right now are public health actions, especially vaccines. In the USA where vaccination is advancing faster economy is reacting very well ! Even in Chile the vaccine is making the difference, despite the virus is treacherous. The second type of action is stimulating investments. Because government has spent too much last year to boost economy, many companies have cash, and it is necessary to encourage the use of this money investing in production.
Allowing a fast depreciation of investments made in 2021-2022 would be great. For the sectors that effectively pay VAT (Value Added Tax), it would be excellent to allow the use of credits generated by the purchase of machinery immediately, not in 48 months.
In addition to taxes, all types of actions to simplify the work of companies are urgent.
All of these actions would help to keep the interest rate low. Low interest rate is an extraordinary factor of economic freedom for everyone, entrepreneurs won’t be tied to banks, and investors in general will want to invest in the real economy. Working for low interest rates must be a priority to the government, entrepreneurs and workers.