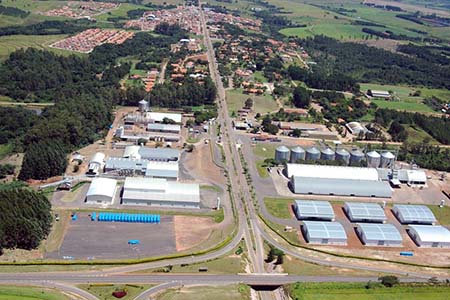 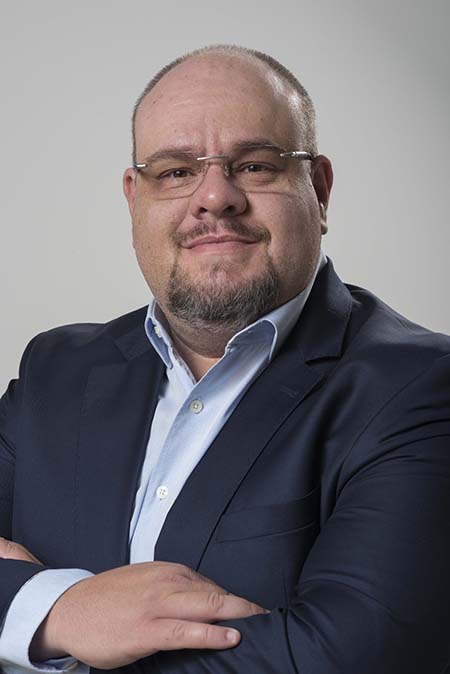 It’s not news that despite the pandemic, Brazilian Agribusiness is still growing. An example of it is Agro-industrial Coop Holambra, which for the first time in its history surpassed the mark of more than US$ 193 million in net sales in 2020.

Founded in 1960, with its headquarters located in the municipality of Paranapanema, São Paulo State, it has different characteristics, because usually Brazilian coops focus on the number of members, achieving thousands of them, Holambra, however, has around 160 members, totaling 70 thousand hectares of cultivated area.

Since June 2020, the coop has a new Executive President, Shandrus Hohne de Carvalho, 46, who holds a degree in Social Communication from PUC Campinas, MBA in Marketing from FGV and a Certification in Market Strategy Management from the University of New York. Between 2011 and 2014, he took charge of Global Marketing at Bosch, in Gardening tools and irrigation, in the USA. Later he acted as Latin America Marketing Director for Bosch until 2017. Between 2017 and 2020, Shandrus was Marketing and innovation director in FMC Agricultural Solutions.

AgriBrasilis invited him to share the coop story and prospects.

AgriBrasilis – What is the origin of the Coop and in which areas does it operate?

Shandrus de Carvalho – It has its origins in 1960 with the arrival of the Dutch here, an initiative of Brazilian and Dutch governments after WWII, aiming to give opportunities to people to immigrate when Europe was going through difficulties. So they came with the promise of jobs and land. This region was chosen because land was cheaper, it was a very poor place and a dry region, but that was what they could afford, because despite government’s funding, it still had a cost. They had to start business from scratch, opening the areas with hoes, many brought what they had back home, such as small tractors, tools and seeds.

Due to the unfavorable climate, many broke down and returned to Holland. Those who remained started to invest in irrigation in the 1980’s – 90’s, so they could ensure yield. Today the coop has an average of 160 members, with on average 800 to 900 hectares each, with irrigation we make up to 3 harvests a year. The main crops are soybean, corn, wheat, cotton and barley. There are also fruits – which had a greater share in the past, but are still important-, such as peach and atemoia, this one is exported. Citrus are growing too, we already harvest around 4 million boxes of oranges per year.

AgriBrasilis – The Coop has announced a cotton production stimulus. Is this project already being implemented? And what does it consist of?

Shandrus de Carvalho – The project is called “Ouro Branco” (White Gold, in free translation), because it is a beautiful crop and brings an important outcome for the coop. The cotton in the region, differently from Mato Grosso and Bahia’s States, is sowed during the same window of soybean and maize, so the farmer has to contrast the profitability of the three crops. The cotton profitability is similar to both soybean and maize combined, and since the commodities prices are great, the cotton area varies from year to year, so we have seen the opportunity to better stimulate this crop into having a certain regular sowed area, generating benefits to the cooperated, considering that we have two cotton improvement plants, very modern, top-end.

The demand for Brazilian cotton has been increasing, the China demand has increased, and judging by the quality we have the potential to make an excellent deal and export Holambra’s cotton. Our region’s cotton doesn’t stay behind Bahia’s and Mato Grosso’s States, in quality, in fiber, or length. Around 98% are export level, getting great prices, it is also the first to be harvested (around April), the cotton from the other States is harvested in June or July.

This project started this year, for the sowing of the 2021/22 harvest and it will continue. It aims at some important areas for the farmers, such as technical assistance, harvesting partnerships – which involves specific and expensive machinery that farmers don’t want to invest, better quality in the processing and cost reduction. Another thing is to improve the use of what is left over, lump and fiber, it never worked well selling the lump, and now it is selling at good prices and returning to the cooperative. We are also building credit tools, enabling more liquidity, instead of waiting for commercialization.

We hope to ensure in some years the sowing of 8 to 15 thousand hectares of cotton.

AgriBrasilis – How is the Coop dealing with the digital transformation?

Shandrus de Carvalho – This is a relevant point in the cooperative’s strategy going forward. It is not easy, digitization goes through a series of factors that must be taken into account; the company needs to be prepared for this, it needs to train its employees, have people who know about this area of ​​information technology and business, operation, and someone to lead this.

AgriBrasilis – What are the perspectives for the Coop in 2021?

Shandrus de Carvalho – The best possible. We are very concerned about the pandemic, which although it did not affect the results of the business, our concern is with the people: with the cooperative members, with the employees on the farms.

Until the end of April the result has been excellent, the perspective is to have the biggest growth in history. In 2019, it had revenues of R $ 980 million and this year it should reach R $ 1.7 billion, it is almost doubling in size, with a lot of grounding, planning and work. Now the challenge is to make this sustainable, and for that we have a clear 5-year plan.

The soybean productivity was excellent, average of 91 bags / ha, and we are now concluding the corn and sorghum harvest, then the winter crops. We are a little worried about the drought, because next comes the bean crop, which is very important and needs a lot of water. Even though it is irrigated, it needs water to fill the dams. But the outlook is good.

Agriculture versus industry: a false dilemma

“Estimated harvest of 250.9 million tons of grains in Brazil”: Exclusive interview with the Minister of Agriculture of Brazil, Tereza Cristina