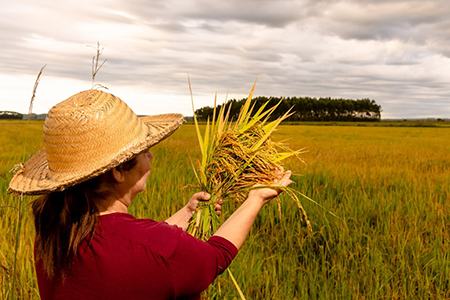 In 2020 the price paid for rice in the supermarkets increased substantially, reaching 76%, leading to many discussions regarding accessibility to this essential food in the Brazilian diet. 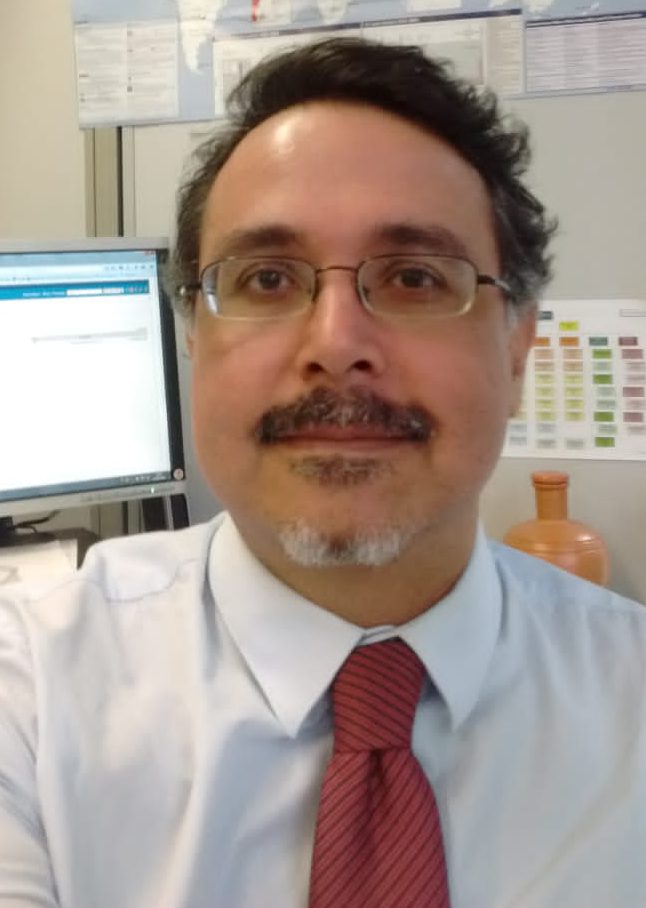 Fábio Servo, head of the Agricultural Studies Division, of the Sectoral Studies and Policies Directorate of the Institute of Applied Economic Research (Ipea).

AgriBrasilis interviewed Fábio Servo, of IPEA, to talk about this scenario.

Fábio Servo is an economist graduated from the University of Brasília (UnB). He acts as a specialist in public policies and government management since 2000, having worked in the Farm and Planning Ministries, in the Chamber of Deputies and the Federal Senate. Currently, he is the head of the Agricultural Studies Division, of the Sectoral Studies and Policies Directorate of the Institute of Applied Economic Research (Ipea).

AgriBrasilis – The historical of rice prices has been quite stable over the past few years. During the last one, however, there was an increase of almost 100% in the price of rice. How do you explain this price explosion?

Fábio Servo – This stability is more applicable to the price of rice in retail in reais, and during the most recent period of time. There are highs and lows, but without a doubt last year’s high, fundamentally from March-April, was unprecedented.

Rice has a pricing process as the other cereals that are commodities, it relies much more on international quotation and exchange rate than a supply and demand balance inside the country. If you analyse the Brazilian yield, we consume 98% of what is harvested, so import and export is important but is almost residual.

Furthermore, Brazil is a smaller player in the rice market, what it produces and consumes when compared to the rest of the world represents from 1.5 to 2%, so we are price takers. So what generated this situation in the last year was basically the conditions of international prices and exchange rates.

From March/April the pandemics became a global problem and there was a leap in the world demand for this first need food products. With rice, from March to April the international quotation rose 22%, later in June/July it came back to a certain normality. In Brazil this effect happened with a delay, starting to be strongly seen in June in wholesale prices, when there was a normalisation of the international price, because our harvest begins in March and with an already negotiated portion of it, many times it takes time to review these contracts.

Added to the dollar, these two major effects that condition the price in reais of wholesale rice, combined and led us to have a second semester, focused in September (+18%) and October (+13.2%), of major increases.

Another important element is that rice is an inelastic commodity for Brazilians, the consumer resists substituting it for other cereals, which means, the wholesaler or the farmer have a certain power to pass along this international price without major impacts on the consumption levels. There was also the peak of the emergency aid payment that gave support to the purchase income.

AgriBrasilis – What is the tendency for 2021 and the next years?

Fábio Servo – The international price has already normalized and the projections for 2021 are for a reduction in the quotation, returning to 2019 levels.

USDA statistics on rice consumption showed an increase in production, but an even greater increase in consumption and commercialization of the grain. Expectations for this year are for a fall of around 9% over the year, that is, we will arrive at the end of the year with a quote at a lower level.

Associated with this, we expect a more favorable behavior of the exchange rate.

The beginning of this year has already brought us a deflation of rice in the first two months of 1.3% in the IPCA.

AgriBrasilis – What is the impact on the basic food basket and on the inflation rate?

AgriBrasilis – Which actions are being made to reduce prices?

An important thing was the measure adopted last year, of zeroing the import tax in September outside Mercosur, which was our main import option due to the tax exemption. In October, there was an immediate increase in rice imports, in the following three months there was an even reversed balance. So it had this effect of encouraging the import of rice from other destinations, but did it impact the price? Not my analysis, very marginally. Because rice abroad is sold at international prices plus the exchange rate, so if it is going to be sold here, it still adds transportation costs, taxes and profit margin. It was an important measure to guarantee the entry of the product, to meet a demand, but it had no impact on the price formation process.

What would impact is the reduction in costs, transportation, ICMS tax rate and the like. As for federal taxes, rice is already exempt.

Another concern this year that may hinder price stability is the impact of eventual fuel inflation on transportation costs, not only for rice but also for other foods.

AgriBrasilis – Which actions do you consider to be more efficient?

Fábio Servo – If the goal is to decrease the price, the most efficient public policy is to subsidize the price. There is no point in opening for imports, which we compete with other countries for consumption. Exoneration has an impact, to reduce what falls on the price in a cumulative way, does not have to do with the market price, taxation, as the federal government has already reduced everything, there would be a reduction in state taxes, ICMS.

It would be efficient to result in the price decrease of the product (not necessarily efficient for the state due to the drop in revenue). Also use public stocks to sell cheaper. Today, Conab’s public stocks do not have this purpose, they have minimum prices, to maintain production of that strategic product, somewhat for food security. Of the already mentioned yield, it has 1.8 million tons of final stock, of which only 20 thousand tons are from Conab. Of course, this strategy also has storage costs, losses, tax cost for acquisition.

AgriBrasilis – Can increasing planting be an alternative? Is there interest on the side of the farmers?

Fábio Servo – The planted area has already been expanded, because the price has increased. However, this year foresees a decrease in rice production, despite the increase in the planted area. Anyway, a stabilized price is expected, at a higher value, but stabilized, without a big increase for the final consumer