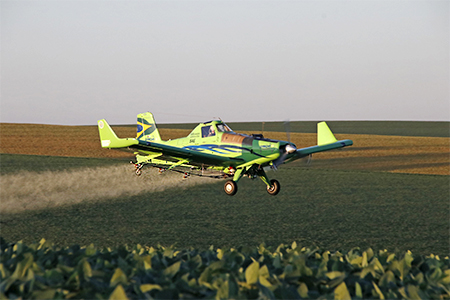 Brazil has the second biggest fleet of agricultural aircrafts in the world, after the USA. 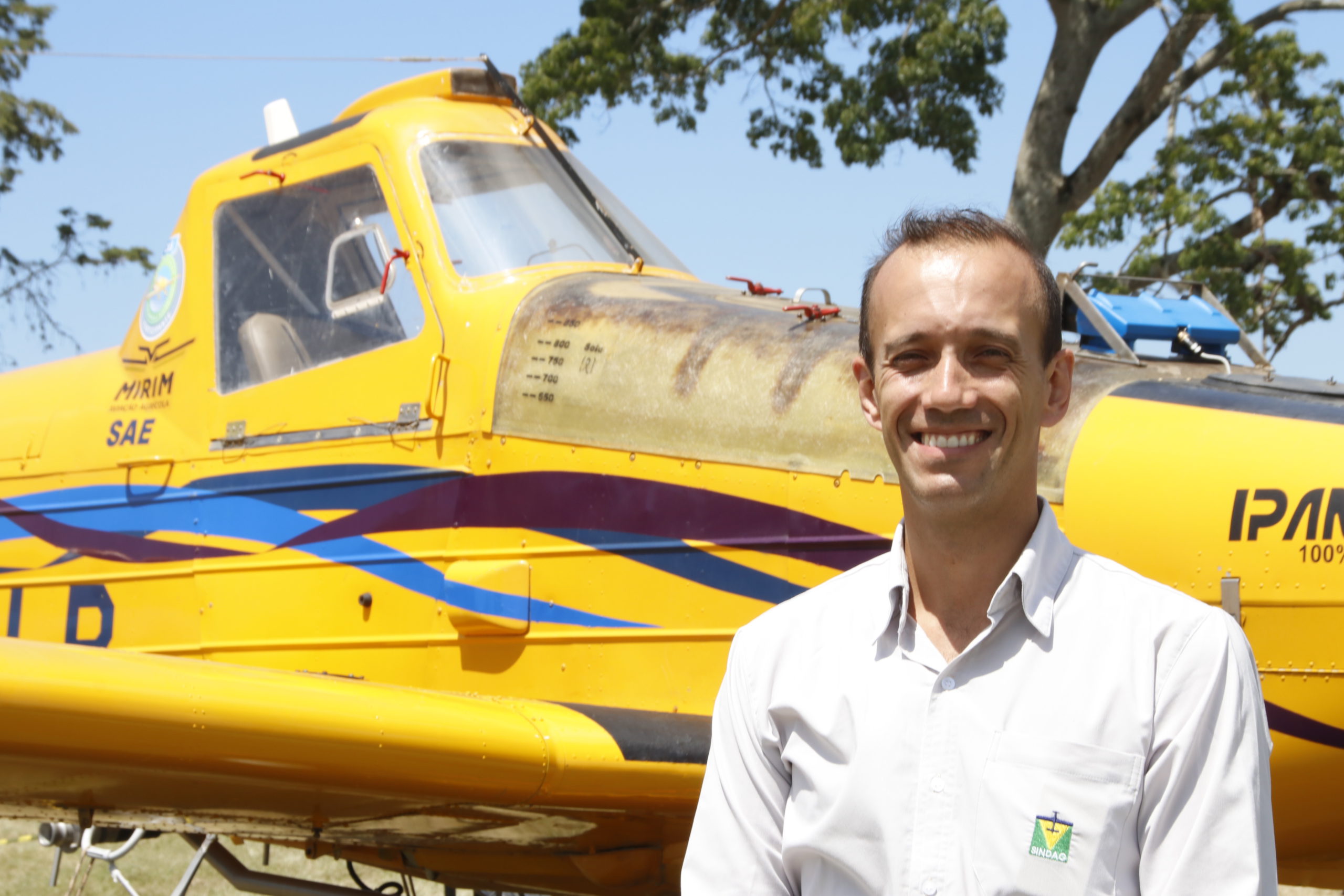 It is 2,280 aircrafts and 244 companies registered. Agricultural Aviation is used for sowing, fertilization, spraying and currently also to fight wildfires. Its major benefits are agility and precision.

AgriBrasilis – What is the area treated by agricultural aviation?

Gabriel Colle – Currently, the use of agricultural aviation covers around 20% of applications done in Brazilian crops (comparing to land tools). If we consider that there are 65.9 million hectares of planted area in Brazil (according to Brazilian Agricultural Research Company), this means that between 11 or 13 million hectares of crops are treated through aviation, including the application of defensives, fertilizers and sowing, and the application in organic cultivation.

It is also growing the use for safety against fires in installations and crops. In the dry weather and fire season (whose peak coincides with the off-season from July to September), in addition to supporting brigadiers in forest reserves, the agricultural aircrafts are more and more employed in fighting fires in corn straw, sugarcane crops and other Midwest and Southeast crops.

AgriBrasilis – How is the training of aircraft pilots? Are there enough pilots to meet demand?

Gabriel Colle – In order to become an agricultural pilot, first the candidate must have taken a private pilot course (that allows to fly as a hobby), to later obtain a commercial pilot license (which allows to work in companies or to be hired as private pilot). That, plus 370 hours of flight in command of an aircraft enables the pilot to join the agricultural pilot course. Currently there are only six schools in the country that train pilots to work on crops. Two in Rio Grande do Sul Estate (in Carazinho and Cachoeira do Sul cities), one in Paraná State (in Ponta Grossa city) and two in São Paulo (in Itápolis and Ibitinga cities). There is also an agricultural helicopter school in Monte Mor, in São Paulo State.

At the moment, according to National Civil Aviation Agency (Anac), the country has 1959 agricultural pilots with valid license, and 2.3 thousand agricultural aircrafts, according to Sindag’s last survey by Brazilian Aeronautical Register (RAB), from Anac. There is not exactly a shortage of pilots, however it is interesting to recall that the demand for these professionals growing, since the sector grows on average 3% a year.

AgriBrasilis -The use of Drones has had impacts in agricultural aviation?

Gabriel Colle – Not in a significant way yet. But we bet on a positive impact. In 2017, we were the first aero agricultural entity in the world to have a drone company as associate. To operators, remote equipment is seen as complementary technology. In Sindag’s point of view, the trend is that they are added to the aircraft fleet, for finishing operations carried out by aircrafts in greater areas. For example, in sections of the property with obstacles or closer to environmentally sensitive areas. And in the future, within precision agricultural aviation, that is, from diagnosis images indicating exactly the points of the crop where applications are necessary, or where different doses are needed. An image survey done by multispectral reading drones can generate data to be set both in aircraft systems for applying varied doses or to program drones to spray smaller punctual applications. 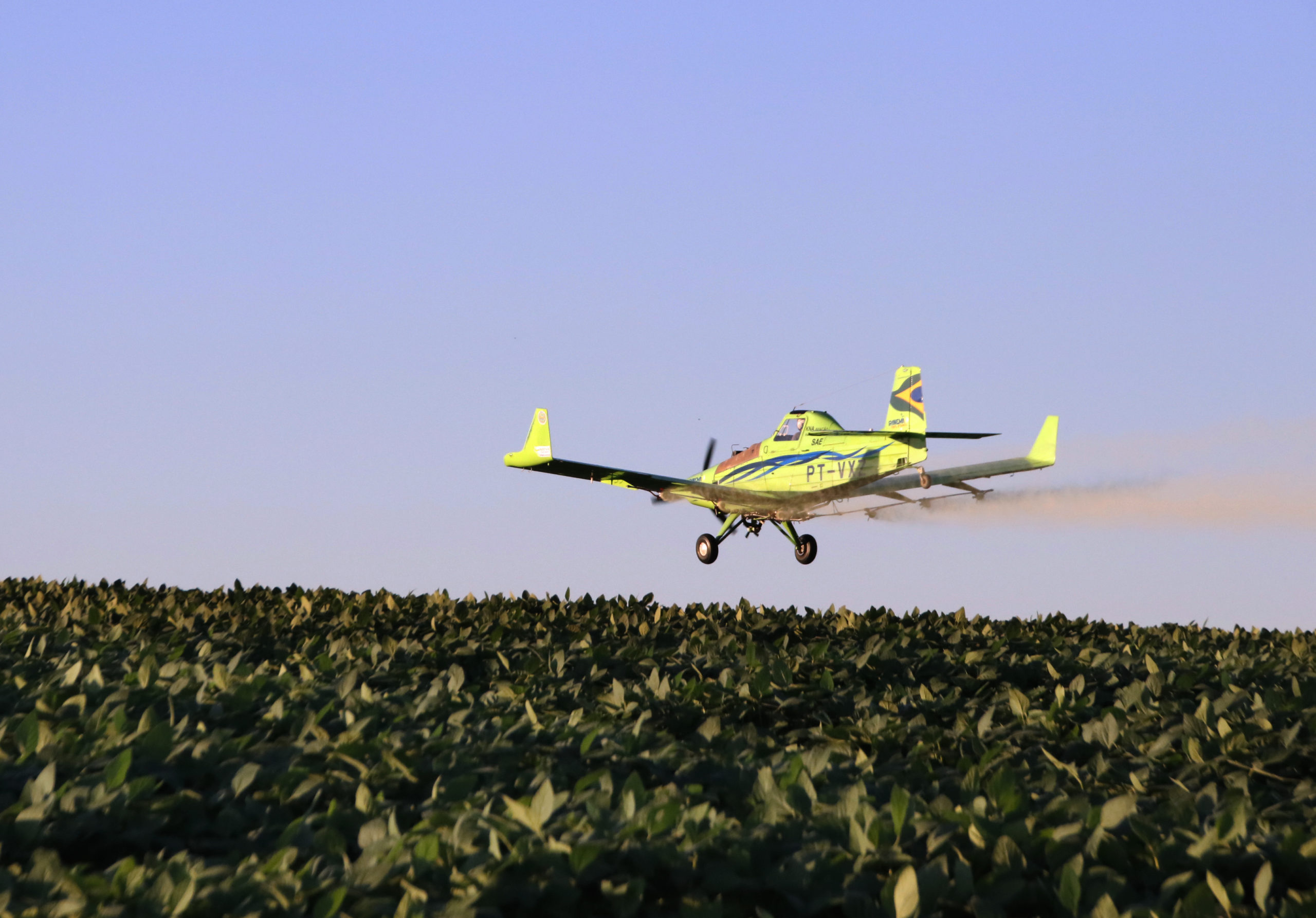 AgriBrasilis – What is the outlook for agricultural aviation in the next 10 years?

Gabriel Colle – We bet on the increase of areas covered by agricultural aviation. This comes as much from farmers’ growing perception of the advantages of the aerial tool (they are more and more linked to updated management tools), as from the improvement on aircrafts and embedded technologies, and aero agricultural entrepreneurs’ management. We also bet on scale gains to optimize costs.

Regarding drones, we expect the publication yet this semester of the Normative Instruction from the Agriculture Ministry to rule the operation of remote equipment on crops. The legal security that comes from that should boost the use of it.

The growing use of biological products also requires integrated management technologies and embedded equipment, and that’s a niche in which we wager in the medium and long term.