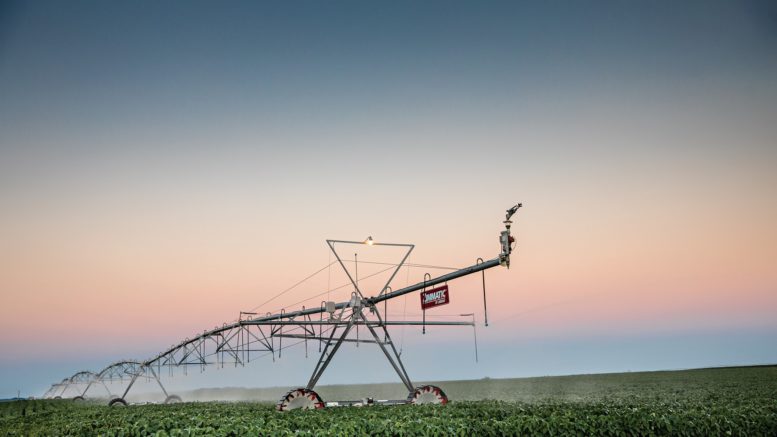 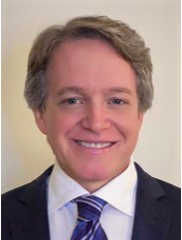 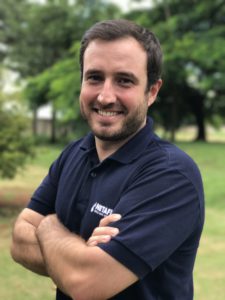 With nearly 7 million hectares under irrigation systems, according to the National Water Agency (ANA, in portuguese), Brazil is the 16th country with the largest irrigated area in the world. However, this number is still very low compared to the 350 million hectares of the nation’s territory used in agricultural activities, revealing a market that is still rising.

AgriBrasillis – How can technology contribute to the rational use of water? Is its usage a reality in Brazil?

Jannuzzi and Heimpel – Smart irrigation contributes in a very significant way for the Brazilian agriculture, in order to save resources and increase production/rentability for farmers.

It’s the most efficient irrigation system in the world today, reaching over 95% efficiency in application and having the best water productivity within the production system (water production is the amount of water used per kilo of food produced).

The system, besides adding water, also provides fertilizers to the plants through fertigation, where we can apply nutrients in an exact and portioned way according to the phenological phases of the crop, increasing yield and reducing costs. Furthermore, the project can be used for pesticide, biological or organic products application, a technique known as Drip Protection.

In Brazil, smart irrigation is appointed on a wide scale, from vegetables and fruit crops, coffee, sugar cane, and nowadays has even been used in crop rotation projects such as soy, corn, beans, cotton, rice and pasture.

AgriBrasillis – What are the characteristics of the Brazilian irrigation market? How much has it moved every year?

Jannuzzi and Heimpel – The Brazilian irrigation market had projected a raise for 8 million hectares irrigated for 2020 (ANA) considering all kinds of irrigations utilized in the segment from mechanized irrigation to more technified ones, even flooded areas still used for rice cultivation in southern Brazil, for example.

If we consider only the mechanized systems, excluding flooded areas, there are 6,232,587 hectares irrigated in 2019, growing 3.5% each year over the last 3 years (CSEI/ABIMAQ).

It is important to highlight that the growth rate of the localized irrigation systems, notorious for their high efficiency in the application of water resources, grew at a rate of 7.03% in the last year, being a method with a high growth and adherence rate.

AgriBrasillis – Many public and private initiatives have been making efforts to promote irrigation in the national territory. Is irrigated agriculture a reality in the country? What are the projections for the next 15 years?

Jannuzzi and Heimpel – Public initiatives have been making real efforts to promote technified irrigation, once noticed the higher yield and income promoted, along with the possibility of expanding to areas in need of development. It is important to emphasize that the use of irrigation water authorized by license and legal regulations, promotes the return of water without major impacts to the environment.

Projections for the next 15 years indicate a growth of 3 million irrigated hectares with technical systems, which denotes the importance of this segment within the Brazilian agricultural scenario.

AgriBrasillis – What is the Brazilian reality of irrigation equipment?

Jannuzzi and Heimpel – ​Today, the segment of irrigation equipment follows the latest global trends. Yes, there is a lot to be done in Brazil regarding conversion and modernization of less efficient systems that are still used, a fact that must be attended by both public and private initiatives, with actions that promote these updates and consequently use optimization of various resources, with the highest system efficiency.

AgriBrasillis – Technological innovations have allowed great savings in what we call agriculture 4.0, what can be observed regarding water savings, variable application rate and precision agriculture?

Jannuzzi and Heimpel – Today we have a revolutionary system within the ​​digital farming area or agriculture 4.0, in which as the entire smart irrigation system is automated, it is also monitored and gives irrigation and fertigation management recommendations/suggestions.