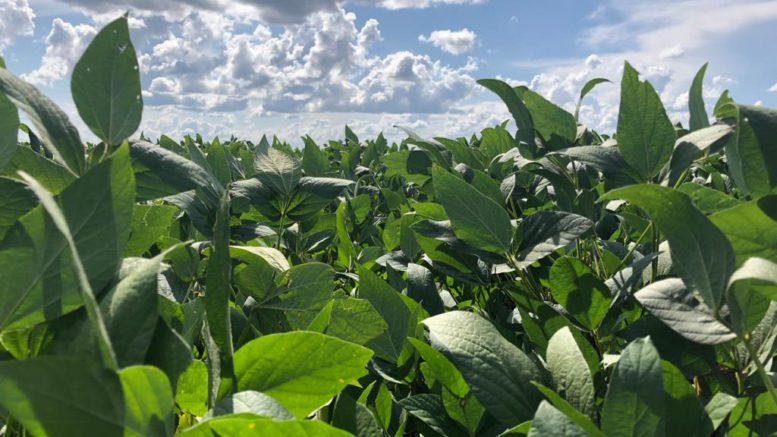 The central region of Brazil, characterized by the Cerrado biome (Brazilian Savanna) , has 2 million square kilometers, representing 23% of the national territory. Nowadays, considering the results of the record harvest of 250 million tons of grain in Brazil, the history of agriculture is mixed with Cerrado’s history.

Until the 1960s, Brazil was an importer of food, when, from the 1970s, the federal government instituted a series of measures to encourage research and agricultural development in the region to leverage the agricultural economy.

The first crops arose and the grain production in the biome increased from 8 million tons to 70.3 million in 24.1 million hectares. From then on, Brazil started to gain international prominence ¹.

Today, half of the grains harvest comes from this region, and the Cerrado sustains around 15% of all soybeans produced in the globe, with two annual harvests.

Agribusiness exports 350 products to 180 countries, so that out of every four products in the world, one is Brazilian ¹. 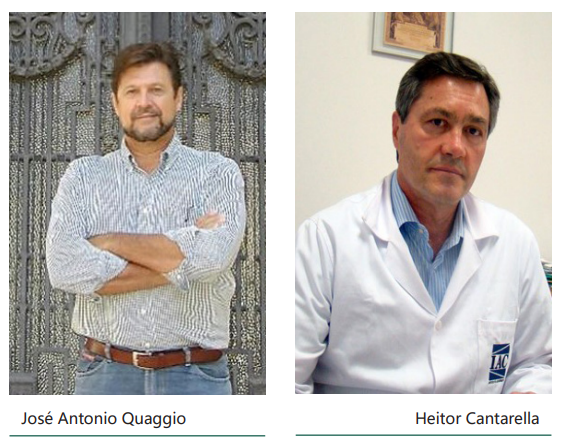 José Antonio Quaggio and Heitor Cantarella, lived and contributed scientifically to the agricultural development of the Cerrado. Quaggio is an agronomist with a master’s and doctorate degree in soil and plant nutrition from the University of São Paulo. He is one of the main responsible for the development of the IAC System for soil analysis and also developed the base saturation method for liming recommendations.
Heitor Cantarella, is also an agronomist, master and doctor of agronomy from Iowa State University. The researcher has extensive knowledge in soil fertility, fertilization and crop nutrition and has won the 2015 Heroes of the Green Revolution Award, the IPNI Plant Nutrition Award 2016 and the 2017 Norman Borlaug Award from the FIA.
José Quaggio, is a retired researcher at the Campinas Agronomic Institute (IAC), and Heitor Cantarella is currently a researcher at the IAC and the Secretariat of Agriculture and Supply of the State of São Paulo. They jointly gave the following interview to AgriBrasilis.

AgriBrasilis – What was the major innovation regarding soil fertility that allowed cultivation in the Cerrado?

Quaggio & Cantarella – The main limitations to large-scale agricultural production in soils under Cerrados vegetation are the deficiency of nutrients and excess acidity that limit the growth of plants and, therefore, their yield.

In the past, until the end of the seventies, researchers and technicians in soil fertility were concerned only with the correction of acidity and the supply of nutrients to the arable layer of the soil. 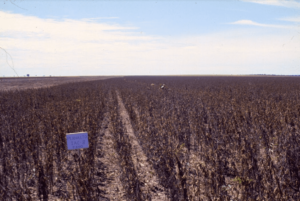 The great advance in the management of acidic soils in the Cerrados came after the discovery by Dr. Fred Adams of the University of Alabama-USA, in the 1970s, that excess aluminum and calcium deficiency limited root growth.

This theoretical basis showed that it was necessary to correct the acidity of deeper layers and build fertility in the soil profile in such a way as to allow greater absorption and the use of water from deeper layers of the soil.

This technique is the most efficient strategy for the farmer to reduce yield losses caused by short periods of drought that always occur in the Cerrados of Central Brazil.

I coordinated a team of researchers from the Agronomic Institute that conducted about sixty long-term field trials, until the end of the nineties, with the objective of discovering how to correct deeper layers of the subsoil with high doses of limestone associated or not with agricultural plaster.

One of these trials was installed in 1977 on Cerrado soil recently cleared in the Triângulo Mineiro region (Minas Gerais State) and was a pioneer in demonstrating that it was possible to produce 3.0 ton / ha of soybeans in a first year of cultivation of Cerrado soil. For this, it was necessary to apply and incorporate 9.0 ton / ha of magnesium-rich limestone deeply, about 4 times higher than the doses previously recommended. 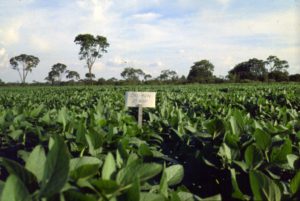 With this dose of calcareous it was possible to correct the subsoil layer up to 80 cm deep. It was also the first time that excess manganese in soils rich in this nutrient was shown to be another brake on soybean yield in Cerrados soils.

After that, and after the development of methods for the analysis of micronutrients in the soil, it was possible to discover that some Cerrados soils are naturally deficient in manganese and that their application together with fertilization is fundamental to obtain good yield.

AgriBrasilis – What are the principles of the soil analysis system developed by the IAC? How did the research contribute to the development of analysis methods such as calibration and base saturation techniques and the use of calcareous?

Quaggio & Cantarella – In a second stage of research initiated in the 70s, a new team of researchers from IAC, led by Dr Bernardo van Raij, started a large long-term project entitled “Phosphorus and acidity”, which had resources from – newly created – Embrapa.

This team installed, in addition to the extensive network of liming tests with various cultures and regions, fertilization tests with various cultures with phosphorus associated with other nutrients such as nitrogen and potassium, known as factorial tests, in order to obtain the experimental basis for the development of new methods of soil analysis and safer criteria for the interpretation of results.

Initially, the methods available in the international literature were tested, almost always developed for soils in temperate regions, whose theoretical basis was the solubilization of soil samples with acidic or alkaline solutions, which proved to be inefficient for tropical and subtropical Brazilian soils.

Hence, as a break with a paradigm of solubilizing fractions of the soil with acidic solutions to extract nutrients, a new procedure was sought which most resembled the extraction of nutrients from the soil by plant roots, based on ion exchange resins.
These resins, because they have electrical charges, have the ability to extract nutrients from the soil by thermodynamic processes very similar to those that occur in the soil-soil-roots solution interphase.

From this project, after a decade of research, the “IAC Soil Analysis System” was developed, which is based on the extraction of soil nutrients by ion exchange resins and liming recommendation by the base saturation method, which allows the calculation the need for limestone for different layers of the subsoil with the ability also to distinguish the tolerance of different crops to soil acidity.
Some years later, micronutrient analysis in soils were added to the “IAC soil analysis system”, which contributed greatly to the refinement of the diagnosis of mineral deficiencies in different Brazilian soils with a strong impact on the efficiency of agricultural production.

This system was officially launched in 1983 and has been the most used to date in the main regions of advanced agriculture in Brazil, including the Brazilian semiarid region.

AgriBrasilis – Does Brazil today dominate technology for the management of tropical soils? What are the differences and what is the importance of adopting the no-till system and carbon sequestration in agricultural practice?

Quaggio & Cantarella – All developed technology, some of which have already been described above, has been improved over time by obtaining new research results.

No-till farming was developed by farmers from Paraná and from there it spread throughout Brazilian territory, including Central Brazil. It is a technique with great efficiency in the conservation of soil, water and carbon sequestration.

However, in the regions of the Brazilian Cerrados, especially in those of lower altitude and with a longer drought period, it is not easy to produce a second crop without irrigation, which is essential to produce a good volume of straw, a fundamental requirement for good management of no-tillage soils.

What has been done is the planting of cover crops, such as millet, on the eve of planting the summer soybean crop to produce straw. Despite these difficulties, no-tillage and other management techniques that allow the incorporation of organic matter and soil protection have been widely used in the management of Cerrados soils.

Well managed, these options make it possible to reconcile the necessary food production and still store carbon in the soil.
What are the challenges for agriculture in the Cerrado in the future in view of the issues of sustainability and overpopulation?
Quaggio & Cantarella – The yield of the main crops in the Brazilian Cerrados regions are reaching high levels, which are increasingly difficult to overcome. The potential of the Cerrado is enormous.

I see it as a great challenge not only to increase yield, but also to sustain current levels. This is because farmers are increasingly intensifying their land use, seeking up to three annual crops with the practice of central pivot irrigation.
This intensification of land use leads to the degradation of physical properties of soils. Soil compaction is most often seen in production areas. Some farmers insist on conventional preparation with continuous use of harrows, which in addition to compacting destroy the soil structure.

The intensification of land use has also caused acidification of deeper layers, mainly due to liming on the surface and intensification of fertilization. In addition, it is quite common nowadays to apply fertilizers by haul, before planting the crops, to save sowing time between one crop and the next.

This practice causes accumulation of nutrients in the most superficial layers, especially phosphorus, which associated with deep acidity, limit root growth, which greatly increases the risks of yield losses caused by drought periods.

Therefore, soil and crop management must be constantly improved and research efforts must continue, incorporating and developing innovations and taking advantage of the enormous resources that digital technologies, also known as agriculture 4.0, offer.

This, without forgetting the basics. Managements that avoid soil compaction and that incorporate more organic matter from crop residues become more relevant in intensive production systems. With that, the Cerrado can continue to be an important granary in the world and in a sustainable way.

“Brazilian agribusiness has grown at Chinese rates” Interview with Sylvia Brasil Coutinho, CEO of the UBS Bank in Brazil