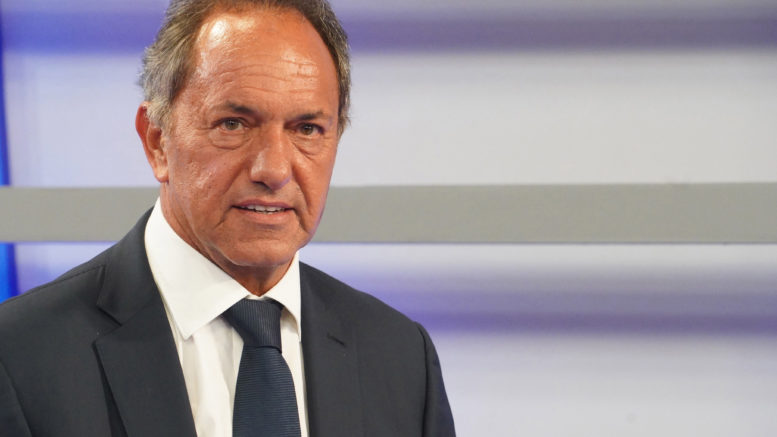 Daniel Osvaldo Scioli is Ambassador of the Argentine Republic to Brazil since December 2019. Sciloli was Argentina’s vice president (2003-2007), governor of the province of Buenos Aires (2007-2015). In 2015 he ran for the presidency of Argentina.

The Ambassador gave AgriBrasilis the following interview about the impacts of Covid-19 on the Argentine economy and the country’s future recovery, with a focus on agribusiness.

AgriBrasilis – What are the prospects for agriculture in Argentina?

Daniel Scioli – The prospects for agriculture in Argentina present a somewhat dichotomous scenario. On the one hand, there are concerns that the climatic phenomenon of “La Niña” may be repeated, also some crops have prospects of reducing the cultivated area. But on the other hand, we have very expressive and encouraging performances, such as corn, days ago the Bolsa de Cereales de Córdoba and the Bolsa de Cereales de Rosário praised the moment experienced by Argentine corn exports.

Considering the segment of primary products and manufactures of agricultural origin, the agroindustrial chain keeps being the main generator of foreign exchanges for the country, with an investment of US $ 33.132 million, that is, 71.2% of the total Argentine exports between January and October 2020.

AgriBrasilis – How did the Covid-19 pandemic affect agribusiness?

Daniel Scioli – There is no doubt that the Covid-19 pandemic affected us all, and agribusiness is no exception. It provided a series of challenges for both the public and private sectors. We also have to consider that, since there are no recent protocols or preexisting experiences, it took a lot of creativity, a lot of willpower and multiple and engaged efforts to be able to sort out all the obstacles that came along the way. But, once more, the Argentine agricultural sector has shown itself to live up to the circumstances, maintaining the flow of goods for our population and for our partners in the international market. In parallel, given the economic and social scenery, the government has understood the need to keep active the food production and the different productive processes, supply, retail, as well as exports.

Daniel Scioli – Indeed, harvest expectations at the beginning of the season were quite expressive and encouraging, unfortunately they were frustrated because of the drought, which impacted the reduction in the volume produced. However, this reduction can be compensated by prices, which have remained quite attractive.

The exchange rate issue was not as decisive for Argentina as it was for Brazil, as it is a factor we have been dealing with for a long time, unlike Brazil, which had to deal with it during the unexpected pandemic. Perhaps even because of the pandemic that there could have been a greater exchange rate variation.

AgriBrasilis – Are there plans to promote agribusiness and exports?

Daniel Scioli – Undoubtedly, it is part of the Argentine government’s agenda to increase exports and Agro plays a fundamental role in this regard. It constitutes the mission of Cancillería (Ministry of Foreign Affairs), which works in unison with the Ministry of Agriculture and Production of Argentina and the Provincial Governments, to increase the export agenda, to continue adding efforts in the opening of new markets and to carry out commercial intelligence studies for our products to reach international markets more efficiently.

The National Government is also engaged, through specific public policies, to support family farming and maintain the productive levels of this active segment, as they are a very important part of our regional economies.

AgriBrasilis -Who are the main commercial partners of Argentine agribusiness and what is the tendency for the coming years?

Daniel Scioli – Coincidentally, the main trade partners in Argentina are mostly the same as in Brazil, which is why it is so crucial that we continue to build bridges and strengthen the bases of bilateral relations, regardless of possible differences. This relationship has the greatest potential to strengthen the negotiating position of our countries in the region and with our extra-regional trade partners.

AgriBrasilis – What are the main agricultural inputs and products in the Argentine trade balance?

Daniel Scioli – Well, in the first place, traditionally, the soy complex, cereals such as wheat and corn, meat and meat products and also the fish sector stand out. Vegetable oils, dairy products and animal feed preparations, among others, also play an important role in the trade balance.

AgriBrasilis – How do Mercosur countries interact in relation to agribusiness? What are the benefits?

Daniel Scioli – There is a complete interaction between the Mercosur State Parties, as permanent exchanges and meetings take place at the technical level on different topics. With regard to meetings of authorities, in the scope of Mercosur meetings are also held periodically at the level of Ministers, which also happens at the regional level, such as the Agricultural Council of the SOUTH CAS, where the Ministers of Agriculture meet annually to define and design policies jointly.

There are also constant consultations and exchanges between Mercosur countries and their technicians, in order to strengthen common positions and seek to enhance our capacities across the region and facilitate in-house exchanges.

Biopesticides: a rising market in Brazil