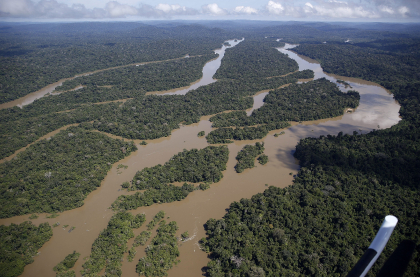 The Carbon Credit Market emerged during ECO-92 with the creation of the United Nations Framework Convention on Climate Change (UNFCCC), and was intensified by the Kyoto Protocol in 1997. Currently, the negotiation of emission rights for carbon, with purchase and sale, is strongly pointed out by companies as commercial possibilities. 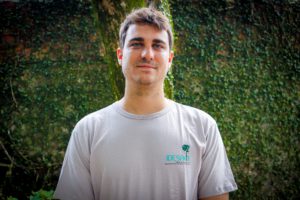 Considering the emissions taxation market and the global market provided for in the Paris Agreement, AgriBrasilis invited IDESAM to discuss how Brazil acts in this irreversible trend.

IDESAM is one of the most relevant and impactful non-governmental organizations in the world, promoting the valorisation and sustainable use of natural resources in the Amazon. Pedro Soares, Environmental Manager graduated from the “Luiz de Queiroz” College of Agriculture (ESALQ / USP), is the current Manager of the Climate Change and Environmental Services Program at IDESAM, writes the article.

The Amazon occupies 60% of Brazil, but represents less than 8% of the national GDP. Even with all the deforestation observed in the region in the last decades (20% of the Amazon has already been deforested), the region still has the worst levels of social and human development in the country. Deforestation should therefore not be considered as a strategy to promote development and a long-term vision for the Amazon. In its place, environmental services and a powerful bioeconomy agenda must come in, connecting the natural capital of the Amazon with investors and markets, promoting the generation of businesses based on the standing forest.

Between 2004 and 2015 Brazil drastically reduced deforestation in the Amazon, being responsible for the largest contribution ever recorded by any country to mitigate climate change. During this period, deforestation in the Amazon decreased by 80% and more than 6 GtCO2 stopped being released into the atmosphere, which allowed the country to raise around US $ 1 billion through the Amazon Fund, through voluntary contributions made by the governments of Norway and Germany.

In 2020, with the beginning of the term of the main international agreements for the mitigation of climate change, such as the Paris Agreement and the Emissions Compensation Scheme for International Civil Aviation (CORSIA), there was a rapid growth in the demand for carbon generated, for example, through the mechanism for Reducing Emissions from Deforestation and Forest Degradation (REDD +). Brazil is one of the countries with the greatest potential to attract new investments, public and private, associated with performance and the reduction of deforestation.

This is certainly a strategic agenda for the Amazon, which may enable the development of new forestry businesses and the structuring of strategic productive chains, such as those for forestry management, oils, pharmaceuticals, rubber, food and new assets. This may be the way and the future for the Amazon.