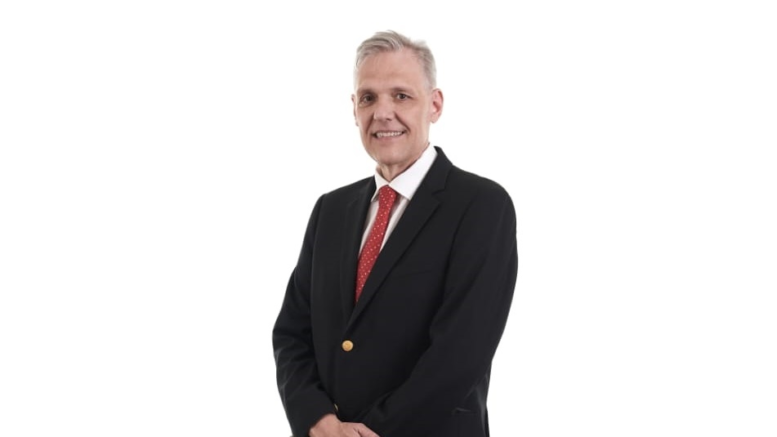 President of the National Union of Plant Protection Products Industry addresses the impacts of the crises.

The National Union of Plant Protection Products Industry (Sindiveg) has represented the plant defense products industry in Brazil for 79 years. It brings together 26 members, which represents approximately 40% of the sector. Sindiveg works with government agencies and industry and agribusiness class entities for the benefit of the national food and raw material production chain.

Among its duties, there are institutional relations with a focus on a predictable, transparent and science-based regulatory framework, and the legitimate representation of the sector based on economic data and statistical information. The organization also works to strengthen and enhance communication and the image of the sector, as well as promoting the correct and safe use of pesticides.

Since January 2018, Júlio Borges Garcia has been president of Sindiveg. He graduated in business administration from the Faculty of Business Administration of Sorocaba, and has an executive education course in the Advanced Management Program of the IESE Business School. Júlio was Chief Executive Officer of Iharabras from 2012 to 2019 and is currently President of the company’s board of directors, since January 2020. 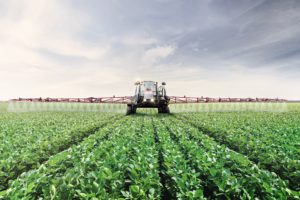 AgriBrasilis – How have imports of crop protection products behaved in this pandemic period?

Júlio Garcia – We can say that the most delicate moment has passed. Indeed, in the first weeks of the pandemic, industries associated with Sindiveg faced difficulties for several reasons. Among them, the fact that the input factories in China stopped their activities, which greatly compromised the regular supply of raw materials to Brazil.

At the same time, the exchange rate variation was intense, exceeding 40%. In this scenario, not only did imports suffer, but prices for inputs and raw materials experienced real price increases. In a second moment – starting in May – the scenario became clearer. The return of the normal supply of Chinese industries gave some certainty to the industries associated with Sindiveg, even so our segment remains strongly impacted by the increase in costs in dollars.

AgriBrasilis – Importers secured shipments in the first half of this year. Will this damage the cultural treatment of summer cultures?

Júlio Garcia – No. Aware of the uncertain scenario in the first weeks of the pandemic, farmers advanced their purchases, taking advantage of stocks held by distributors and also by industry. It was the correct strategy because producers acquired pesticides at another price level, before the dollar’s escalation in Brazil.

It cannot be forgotten that, at the same time, international trade in the main commodities, such as soybeans and corn, presents an extremely favorable scenario for farmers. Thus, they sold at higher prices at the same time that they acquired agricultural pesticides from stocks at lower prices, already preparing for the 2020/2021 harvest.

Answering the question directly, even with problems of supply and prices of imported inputs in the first weeks of the pandemic, there is no risk of damage to the treatment of crops in the summer harvest, which, in fact, should be a record. The Ministry of Agriculture, Livestock and Supply (MAPA), announced in the last few days that the summer 2020/2021 harvest is expected to exceed 278 million tons against 255 million / t of the 2019/2020 harvest.

AgriBrasilis – What are the main pesticide supplying countries for Brazil?

Júlio Garcia – China, India, the United States and Japan are the countries from which we import most raw materials, inputs and agricultural products.

AgriBrasilis – Are the restrictions for operating factories in India impacting the supply of products to Brazil?

Júlio Garcia – As the sector is a major importer of raw materials, especially from China and India, when the flow of supply from the factories fluctuated, there were problems in the delivery of certain raw materials and intermediate products to industries in Brazil.

Soon afterwards, Chinese companies reopened and there was regularization of deliveries with little effect in Brazil in terms of logistics for the supply of raw materials and the cost of inputs, which increased in value, in dollars. In this sense, restrictions on the operation of factories in India have less impact on the Brazilian market.

The big challenge is that, at the same time, there was great volatility in the dollar, which rose by more than 40% in Brazil in a few weeks, strongly impacting the cost of producing crop protection products.

The sector is concerned with the consequences of the crisis generated by Covid-19, as we know that in addition to the impacts of the disease itself, the world economy will be strongly affected and all production chains will be affected, to a greater or lesser extent. Even so, it is important to say that exports of agricultural products continue at an accelerated pace. An example: between January and June, 69.6 million tons of soy were shipped (an increase of 32.5% over the same period of the previous year). In revenue, the gain was 28.7%, reaching US $ 23.93 billion with product.

AgriBrasilis – Prices for Chinese products have dropped significantly in recent months. Is this reflected in imports?

Júlio Garcia – No. As stated above, the exchange rate variation – around 40% – since the beginning of the pandemic has raised the costs of producing crop protection products considerably. In addition, prices in China saw real increases between March and April. As of May, quotations for Chinese products effectively fell, but the industries associated with Sindiveg continue to be impacted by the increase in dollar values.

AgriBrasilis – With the sequence of good agricultural harvests in recent years and the importance of agribusiness in generating wealth for the country, what are the prospects in the area of agricultural pesticides?

Júlio Garcia – The pandemic has impacted all sectors and it was no different for us. In the first half of this year, sales of the crop protection products industry operating in the Brazilian market remained stable, at US$ 6.04 billion (US$ 6.03 billion in the same period in 2019). It is important to highlight the consistent exchange devaluation in the period, whose management is a great challenge, since the dollar had a strong increase in Brazil and we have not yet been able to fully pass this variation on. However, the outlook is positive.

The area treated with pesticides has grown, due to the continuous increase in phytosanitary challenges with diseases, pests and weeds that are increasingly resistant and challenging. It should be noted that this occurs due to the Brazilian tropical climate – the same that allows up to three harvests of several crops per year, but it is perfect for enemies of productivity. In the first semester, with the increase in the attack of pests and agricultural diseases, the treated area grew 6%, reaching 643.2 million hectares.

Even under the negative economic effect of the pandemic, farmers have not neglected investment in technology for the effective management of these problems, which can reduce the result of the harvest by up to 40%. As I said above, the outlook is for the 2020/2021 crop to grow by around 9%.