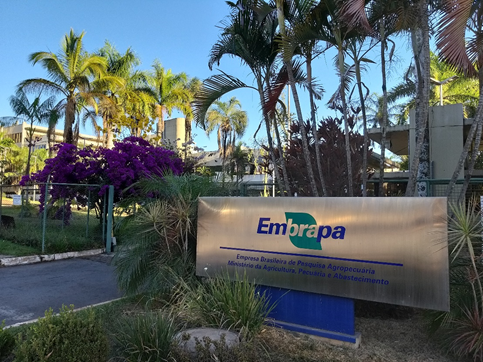 In the interview, Embrapa’s president reveals the importance of agricultural research after almost half a century of investments.

In 1977, four years after the creation of the Brazilian Agricultural Research Corporation (Embrapa), Brazil was a major food importer. At the time, the agricultural harvest was 46.94 million tons of grain, in a planted area of 37.31 million hectares¹. After more than 40 years and with investments from public and private initiatives in agricultural research, Brazil harvested 245 million tons of grain in 63.9 million hectares in the last harvest¹, with yield increase three times greater.

Embrapa, in turn, has an important participation in this story. Since then, seven central units and 43 decentralized units have been built, spread throughout the national territory, of which 49.6% of the staff have academic degrees higher than the 3rd degree, among them 2,107 doctors and 318 post-doctors. In addition, the company has 203 international bilateral agreements with more than 45 countries and 147 institutions. 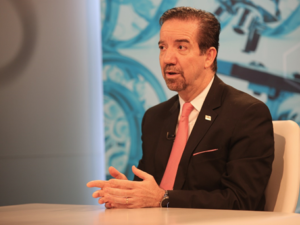 Agronomist, Celso Luiz Moretti, who holds a master’s and doctoral degree in phytotechnics from the Federal University of Viçosa, has been working at Embrapa for 26 years, and in July 2019 he assumed the position of interim president of the Institution.

In an interview for AgriBrasilis, the agronomist spoke about the importance of investing in agricultural research and the Company’s main lines of research to maintain competitiveness.

AgriBrasilis – How much was invested by the National Treasury at Embrapa in 2020? In terms of research results and their impacts, what return is expected from such an investment?
Celso Moretti – Embrapa’s total budget for 2020 is US$ 685,1 million – a relevant amount, but which,
reversed in social impact, benefits Brazilian society enormously, as shown by the Company’s social report.
Just to give an example, in 2019, only 160 technologies and about 220 cultivars were analyzed and the
return was US$ 12 for each US$ 1 invested. Over nearly five decades, Embrapa has developed and transferred over 10,000 technologies to the Brazilian agricultural and forestry sectors.

Research is concerned and committed to the return on investment made in science. If Brazilian agriculture today has taken the lead in the ranking of the countries that produce the most in the world, it was thanks to the investment that was made in agricultural science.

Important deliveries have been made to society. To take one example: an inoculant has been developed that increases the amount of phosphorus available in the soil for absorption. It is estimated that there are about US$ 40 billion in phosphorus accumulated over decades and that, with technology, can be appropriated by plants.

Another example: this year the certification and commercialization process of products with the concept brand Carne Carbono Neutro (CCN – Carbon Free Meat) is being made available, which ensures that the animals that originated the product had their methane emissions offset during the production process due to growth of trees in the system.

AgriBrasilis – Will there be any change in public investments for the year 2021 due to the crisis?
Celso Moretti – The definition of the amount destined for Embrapa in 2021, as well as for the other institutions that depend primarily on public resources, is linked to the Annual Budget Law (LOA), which must pass through the Mixed Budget Committee and the National Congress Plenary.

The Executive Branch is responsible for preparing the budget proposal. The resources destined to the agricultural research and innovation program, which finance research and development and technology transfer actions, also go through a process of capturing parliamentary amendments, articulated with the support of Embrapa’s research centers nationwide.

We believe in the understanding of parliamentarians and public officials to guarantee what is necessary for Embrapa to continue delivering solutions for national agriculture. For its part, Embrapa has sought to expand the approach to the private sector, a priority strategy.

AgriBrasilis – In just over a year as president, what changes could be implemented and what are the plans for the future?
Celso Moretti – – In addition to meeting the natural priorities of the different segments of the agribusiness and the Ministry of Agriculture itself, we are seeking to guarantee more autonomy and agility to the research centers in the search for sustainable solutions, adjust the operation model, effect the approximation with the productive sector and increase the ability to raise funds to reduce dependence on the National Treasury, were some of the strategic points defined for the Company.

Internally, we restarted the selective process of managers of the Research Centers, which was paralyzed. We aim to select managers for more than 20 units. We prepared Embrapa’s VII Master Plan, in connection with the guidelines of the Federal Government. We have been focusing a lot on improving the level of information about Brazilian agriculture abroad. We are a country that is not only a scientific reference in agriculture, but also has a consolidated platform of sustainability associated with yield.

We need to make it clear that the Brazilian agribusiness, which already exports to more than 180 countries, will be able to do even more, taking the technology developed in Brazil to other regions of the tropical belt, opening up more and more opportunities for business.

AgriBrasilis – One of the government’s guidelines has been to reduce the number of government jobs and companies. Do these goals impact Embrapa in any way?
Celso Moretti – Embrapa has been anticipating and acting in the restructuring of the company, for several reasons – not only linked to the reduction of its staff, but particularly seeking to modernize and optimize its internal structure.

The institution’s voluntary dismissal plan, launched last year, had more than 1,000 employee adhesions that met the criteria of age and length of service. The initiative will benefit the investments that need to be made in important research projects related to four priority areas that are genomic editing, digital agriculture, bioeconomics and integrated systems.

AgriBrasilis – What is the importance of investing in agricultural research?
Celso Moretti – Without investment there is no research and without research there is no innovation.
And it is innovation that opens the possibilities for the development of technological solutions for
the benefit of the agricultural sector.

If we had not invested in agricultural science almost five decades ago, Brazil would certainly still be a food
importer and dependent on foreign production. In 2019, according to data from the Center for Advanced Studies in Applied Economics at the University of São Paulo (Cepea / USP), the sum of goods and services generated in the agribusiness reached US$ 397 billion or 21.4% of the Domestic Product Brazilian gross (GDP).

Agricultural research has been supporting all this performance, which has resulted in price reduction of Brazilians’ daily diet food, and has improved the health and life quality of the population. Research contributes to greater surpluses and changes in yield.

AgriBrasilis- In 47 years of the Company, what changes in national agribusiness has Brazil been able to experience and develop?
Celso Moretti – Innumerable examples could be given related to the changes of the national agribusiness. At this moment, it is worth highlighting one of the most significant possibilities for advancing agriculture in Brazil: the use of the cerrado biome for the production of wheat, a characteristic cultivation of temperate climate and colder regions.

It is science that is giving this protagonism to a region that in the past was considered arid and infertile. The cultivars used in the cerrado were developed over 40 years of research, totally focused on the climatic characteristics of the region. In addition to composing the income of farmers, it also operates in the crop cycle, contributing to the interruption of the action of pests and diseases of crops such as drybeans and vegetables.

The expectation is that the area cultivated with wheat in the cerrado will reach 1 million hectares by 2025,
but the potential indicated by the research is above 2 million hectares. There is no doubt that the selfsufficiency of wheat in Brazil depends on cultivation in the cerrado. For the national agribusiness, this wheat represents a promising product due to its price, because the cerrado is the first region to harvest wheat. In addition, the cerrado is closer to the main consumer centers.

One of the recent highlights on this theme was the launch of the first national inoculant for phosphorus solubilization, a vital element for the development of plants. The product, initially specific for the corn chain, was tested in 400 different agricultural lands, during 17 years of studies, and proved to enable an increase in yield of around 10%.

AgriBrasilis – What are the major research fronts that the Company has focused on?
Celso Moretti – We have defined four major lines of research, identified as priorities in facing the future
scenarios of agriculture in Brazil and in the world. One is digital agriculture, which involves the concepts
of open data digital platforms (open data), digital identity, Blockchain, drones and Artificial Intelligence,
integrated and complex systems, Big Data, Internet Of Things, robotics and the use of sensors in wide scale.

Another priority is research in genomic editing, the so-called genetic scissors tools, from which it is possible to edit the DNA of plants, animals and microorganisms. Through this technology, researchers can, for example, obtain a soybean cultivar adapted to drought and resistant to pests, such as nematodes, which attack the roots and kill the plants. Genomic editing is a technology that could replace transgenics, and favorably impact the issue of barriers imposed on food produced in Brazil, which are restricted to reach the European market.

The bioeconomy is also on the agenda of research priorities. We are in a country that has one of the
greatest biodiversities in the world. There are countless opportunities for Brazil to take the lead in this area, such as advancing the production of bio-inputs and the search for solutions to agricultural problems.

Efforts have also been made in research aimed at integrated production systems. The association between farming, livestock and forest, has given rise to more sustainable agriculture and offers more income to producers.