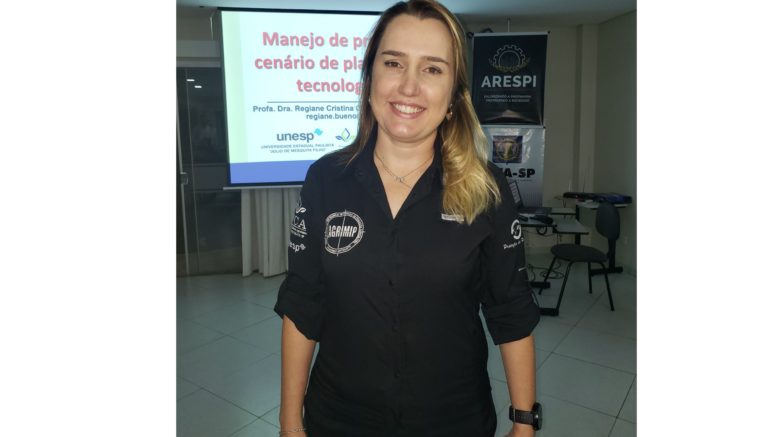 The history of man on Earth, since the beginning, has been accompanied by a constant search for food and hungry populations that, due to lack and / or poor distribution, roam the territories. Even today, not everyone is aware of the vital importance of food for men’s healthy survival.

Regiane Cristina Oliveira de Freitas Bueno writes the following article for AgriBrasilis. She has a degree in Agronomy from the Agricultural Sciences Center of the Federal University of Espírito Santo, a Master’s Degree in Agronomy (Agricultural Entomology) from the Universidade Estadual Paulista Júlio de Mesquita Filho (UNESP) and a PhD in Sciences, in the Area of Concentration in Entomology from the University of São Paulo (School of Agriculture “Luiz de Queiroz”, ESALQ / USP). She is currently an Assistant Professor at UNESP (FCA), in the Department of Plant Protection.

According to FAO data, a population can be considered nourished when the per capita consumption of grains is around 800 kg / person / year. Based on this parameter, Brazil has produced just over half of the need and, if we still discount the export, we are in an even more critical position. Obviously, several factors contribute to this scarcity, but without a doubt, pests, considering here insects, pathogens and weeds, are responsible for both reducing productivity and increasing costs. Pest problems are a direct consequence of the discovery and practice of agriculture. The mitigation of these problems, even with the use of all the technology available today, continues to represent a real “puzzle” for menkind.

The definition adopted by the FAO statement panel: ‘Integrated Pest Management is the pest management system that in the context associates the environment and population dynamics of the species, uses all appropriate techniques and methods in a manner as compatible as possible and maintains the pest population at levels below those capable of causing economic damage “.The fundamentals of Integrated Pest Management are based on four elements: the exploration of natural control, the levels of tolerance of plants to damage from pests, the monitoring of populations for decision-making and the biology and ecology of the culture and its pests.

These assumptions imply knowledge of the natural factors of mortality, definitions of population densities or the amount of damage caused by the target species equivalent to the levels of economic damage (LED) and control (CL) that are immediately below the LED. Another important variable would be the survey of the level of equilibrium (LE) of the species that inhabit the current agro-ecosystem. Due to the fluctuation in the density of the target species and its position relative to these three levels (LED, CL, and LE) over time, the species can be classified into key pests (population density always above the LED), sporadic pests (crop density rarely reaches LED) and non-pests (density of the species in question never reaches LED).

The development of a good, unbiased and user-friendly method is a basic prerequisite. The objective is to periodically estimate population density or quantify the damage of the target species (s). Random sampling, sampling points or the sequential sampling technique can be used. As in the first two cases it is not always easy to establish the size of the samples to be representative, in the sequential sampling a range of results is calculated, which from a minimum sampling the results indicate to continue sampling, for the treatment or for the non-treatment of the plot. in question (this technique is more appropriate when the density of the target species is too high or too low. Insect sampling techniques depend on each target species, its habit, culture, stage of development, etc.).

Thus, the integrated pest management (IPM) is a set of technologies for conducting culture aiming mainly to keep this agricultural ecosystem as close as possible to balance. The biological balance of the agro-ecosystem allows for long-term sustainability as opposed to that promoted by an immediate view of profitability at any cost, which is often adopted by some producers.

Vertical Integration is a Necessity in Table Citrus Cultivation