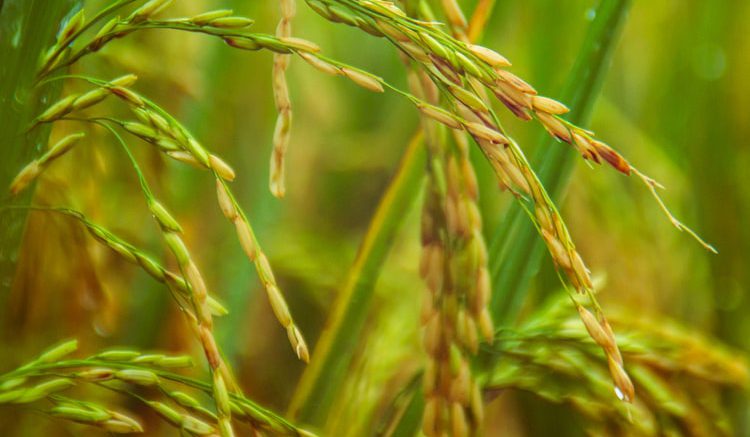 Brazil is the largest consumer and producer of rice outside Asia. The country’s year supply reaches up to 15 million tons of the shelled product, attending to an yearly consumption of 12,14 million tons. In 1940, the Rio
Grandense Rice Institute (Irga) was founded as a public entity to encourage and coordinate the defense of the production, the industry and the commerce of rice produced in the Rio Grande do Sul State.

AgriBrasilis – The South region of Brazil, specially the Rio Grande do Sul (RS) State yields about 80 to 85% of the national rice yield. What can be said about this year’s harvest?

Ivo Mello – Actually, the 19/20 harvest accounted a bit more than 70% of the Brazilian rice yield was from the RS. If you sum up to Santa Catarina, we can add to 80% or more. The data from CONAB about the 19/20 harvest has its numbers shut. For the next harvest, 20/21, which is currently at sowing season, has the rice fields from RS pointing towards a slightly bigger planting intention than last year’s harvested area. The RS’s sowing intention for the 20/21 harvest is on Irga’s site – https://irga-admin.rs.gov.br/upload/arquivos/202010/08091405-evolucao-da-semeadura-20-21. pdf. At the same informative we have already consolidated, up to the oct/07/2020, approximately ¼ of this sowing intention.

AgriBrasilis – The market prices have shown significant raises, what is the prospective for
the next harvest? Will the planted area be increased?

Ivo Mello – In the sowing intention the area increment is small (a little more than 3%) and we attribute this attitude to the fact that those producers who resisted this far (after ten years of low prices and profits), are aware that we cannot increment productivity risking pushing the prices back down. For the last 5 years, Federarroz and Irga have worked to make producers aware to rationalize the production system investing in good practices proven to help reduce production costs and increase productivity. Some examples: soy and pasture rotation, areas with easier irrigation management, avoid areas with resistant weed plants, use of varieties with more yield potential, and others.

AgriBrasilis – Why did the rice prices have gone up in the markets?

Ivo Mello – At first because it was managed to reduce its offer, as I quoted above. Many years with depressed prices have made that only those which achieved costs rationalization and optimized results remained active (and that was general in most of the country). We started the harvest with a good expectancy that the prices should be at a more elevated economic level than the 18/19 harvest.
But at full harvest with the pandemic triggering multiple factors have contributed for an unpredictable raise in prices from our point of view:
1) Traditional rice exporters as India, Vietnam and Thailand left the market at the end of March;
2) The USA were completely off season and with no available stock for the market;
3) Those who needed to buy, such as Mexico, went shopping and found in Brazil availability with good quality, following Mexico other international buyers came searching for the Brazilian rice;
4) People stayed at home and had to cook – the second most numerous Google search in Brazil by April was: “how to cook rice”;
5) At the beginning of the pandemic people went shopping at the supermarkets and acquired large amounts of rice;
6) With a high exchange rate, selling for others countries was an excellent deal for producers that supply for industries and trading.
With this scenario an ancient law of humanity worked as never: too much search > raising prices.

AgriBrasilis – Are the prices prospective to keep higher up to the next harvest?

Ivo Mello – We think so, because despite this seemingly disproportional raise in prices, considering the short time, the rice prices in Brazil were extremely low when compared to any region on the planet. Even it is still a cheap food and with unparalleled qualities.
Our expectancy is that for the next harvest we have a higher economic level compared to the ten last ones before 19/20. We probably won’t keep the 50kg bags’ prices over 100 reais, but we think the base will be over the R$65,00 in 2021 March.

AgriBrasilis – Which are the crop’s biggest difficulties in the region?

Ivo Mello – In agronomic terms the biggest difficulty is the weed control. This is a problem that almost every grain crop currently faces, but in rice we have a particularity that the main weed is from the same botanical species as the crop, which makes its control very difficult.

AgriBrasilis – How is it made the crop rotation in irrigated rice areas?

Ivo Mello – Traditionally, we had a rotation with livestock, but with a little investment from the partnerships between livestock owners and rice landlords. But over the last years we developed a soy alternative in rice rotation, that currently occupies over 30% of the area (19/20). The partnerships between livestock and rice crop have also incremented its quality, providing a bigger balance of forces. At every place where the crop rotation was well led, whether it was soy or livestock, the rice yield was incremented at least 10% and its costs reduced by 10%.

AgriBrasilis – According data from Cepea, over the last 10 years, it was common the producer don’t have enough income to cover his production costs and so migrate to other crops. Has this also been a reality in Rio Grande do Sul?

Ivo Mello – The last ten crops before 19/20 were really challenging for the rice producer in RS exactly because the depressed commercialization prices caused by the decrease in consumption per capita in Brazil and by the abundant offer, ended up forcing some producers to abandon the activity.

AgriBrasilis – Over the last decade, Brazil always exported a little part of its production and concomitantly, imported a similar amount, why?

Ivo Mello – Because by the strength of the Mercosur agreement, our neighbours are also good quality rice producers and the best market for sells is the huge neighbour Brazil. Uruguay, Argentina and Paraguay today are important rice producers using the same technology developed for the Rio Grande do Sul, aren’t rice consumers internally and because of that are suppliers of this cereal for our market. With this, Brazil’s rice productivity chain was left to search for third markets to position our product.

AgriBrasilis – How does the exchange rate disfavours the intern market importation?

Ivo Mello – With the Real depressed our exportations are strengthened. Because it is a small market when compared to other commodities as soy and corn, the rice price in the international market varies very little in dollars. But when our cambial politics values dollar over our coin, the exportation prices for the grain are very attractive.