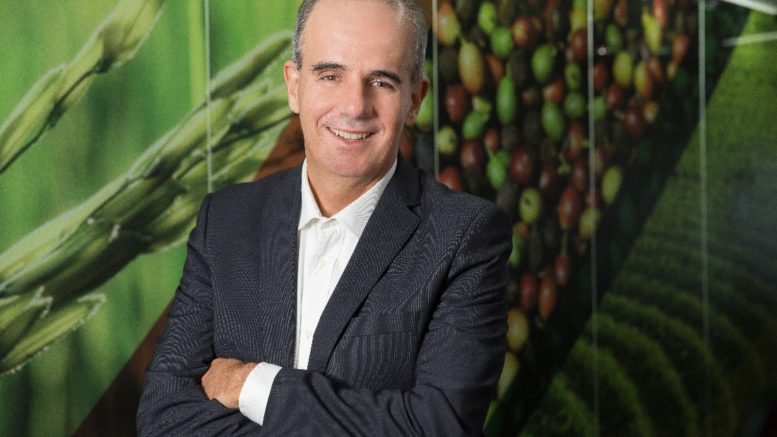 There are plenty of fertilizer’s raw material in Brazil, natural deposits of phosphorus, containing 337 million tons of ore, and 308 million tons of potassium in ore. Thus it could be concluded the country would be close to self-sufficiency. But the reality is different. The consumption of fertilizer produced locally is decreasing.

The historical series indicates that in the last 9 years Brazil increased fertilizer imports by 28%, while exports in the same period fell from 675,037 tons to 172,058 tons. This is due to the fact of a continuous dependence on suppliers that afford better infrastructure for the exploration of raw materials. In 2019, 22.02 million tons of fertilizer were imported, mainly from Russia, United States, Canada, China, Egypt,
Israel and Algeria ¹.

Local production in 2019 was marked by the closure of two units of the Nitrogen Fertilizer Factory (FAFENs) controlled by the state-owned company for petroleum Petrobras, that was also motivated by the drop of exports. Considering agricultural expansion, 2020 projection is a 2% increase in consumption, estimated to be 37.2 million tons.

There are five giants in this highly competitive market: Yara, Mosaic, Heringer, Fertipar and Fertilizantes Tocantins. Those companies together dominate the market.

AgriBrasilis interviewed the economist Eduardo Monteiro, Director of Distribution at Mosaic Company to portray the Brazilian fertilizer sector. The company is involved in the production, wholesale and import of fertilizers. Mosaic Company was created in 2004, from a joint venture between IMC Global and Cargill. The company is considered the largest producer of phosphate and potash fertilizers in the world, with sales of more than 27 million tons of fertilizers in 40 countries. In the third quarter of 2019, Mosaic posted worldwide a net profit of U$ 29 million ². 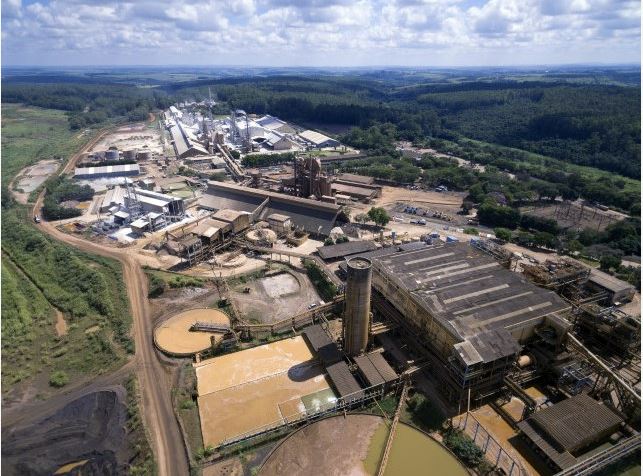 AgriBrasilis – How is the fertilizer sector in Brazil? What is the balance between imports
and exports?
Eduardo Monteiro –In Brazil the expectation is the fertilizer market will maintain a positive outlook for 2020, growing approximately 2% compared to last year. Soybean is expected to drive this increase, as it is responsible for around 43% of the fertilizer demand in the country. In this scenario, the volume of imports should remain strong in the future.

AgriBrasilis – What are the challenges of mineral plant nutrition today in Brazil?
Eduardo Monteiro – Considering that the population grows every year, one of the main challenges is to continue produce food to serve the world and help reducing environmental impact in the agriculture. The answer for this progressive demand is to significantly increase yield in the farms. Thus, the nutrients provided by fertilizers are crucial for food security, not only in Brazil, but on the globe.

AgriBrasilis – For Mosaic Company, how is the mineral plant nutrition market?
Eduardo Monteiro – Brazil has one of the main agricultural powers in terms of growth and Mosaic Company believes in the country’s promising future. In order to comply with this growing and more complex demand, the company invests in innovative solutions and technologies to improve soil fertility and increase crop yields. Performance products have research-based formulas that offer the nutrients best
combination and distribution.

AgriBrasilis – When it comes to dollar instability, who is more affected (considering the fertilizers sector)? The largest or smallest farms?
Eduardo Monteiro – The impact of the instabilities on exchange rates are more related to the type of crop the farmer grows rather than the size of the farm. For example, crops that are mainly export-oriented, such as soybean, cotton and coffee, benefit from a devalued real (Brazilian local currency BRL); while crops mainly for the domestic market, such as fruits, vegetables and corn, provide better margins for farmers when the real is stronger, as this helps to reduce the cost of imported fertilizers and other agricultural inputs in US dollars.

Large and small farms have tools to protect themselves. Large ones are more protected from variations in exchange rates by the instruments and procedures adopted, access to information and, of course, by the fact that, many times, negotiations are done in dollar and not in real. On the other hand, smaller farms can count on the expertise of consultants and cooperatives.

AgriBrasilis – Can Brazil still be selfsufficient when it comes to mineral fertilizers?
Eduardo Monteiro – Even considering all the investments announced by the market, Brazil still depends on fertilizer imports. Mosaic believes in the country’s agricultural potential and, as a producer and supplier of this essential agriculture input, its mission to distribute products efficiently and affordably, supporting the sustainable growth of Brazilian farmers and the development of domestic agriculture.

AgriBrasilis – What are Mosaic and the sector perspectives for next 10 years?
Eduardo Monteiro – The perspective for the sector is positive, since the country has arable areas providing favorable climate and water availability, product development for Brazilian soil, innovative technologies and logistical development. The Mosaic Company has one of its strategic priorities to leverage
its operational distribution capacity to strengthen its competitive advantage in the Americas and worldwide.