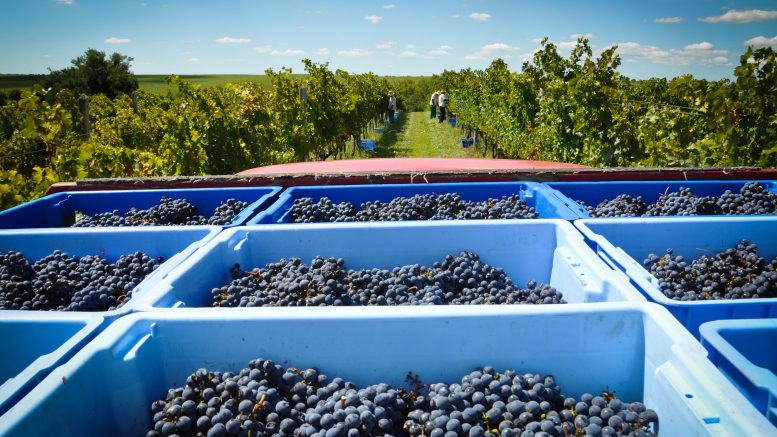 “The vines are treated with natural products, leaving no residue in the environment. For the last four years we have had areas of Chardonnay and Tannat that are 100% organic, in which management consists of the application of organic fertilizers and microorganisms to the soil and leaves, that naturally compete with pests that affect the vines.” 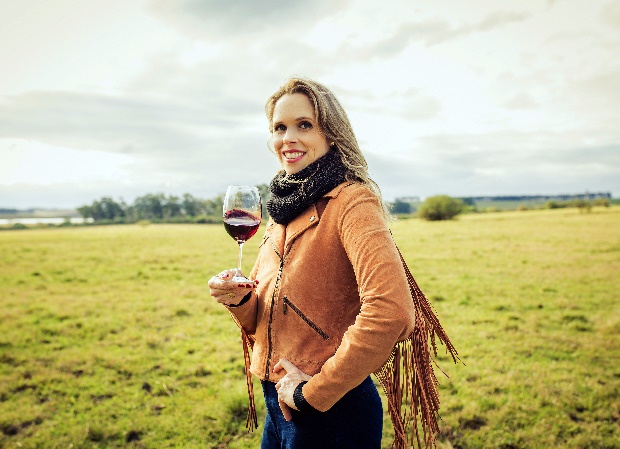 Valter José Pötter is the owner and director of Estância Guatambu, in the city of Dom Pedrito, State of Rio Grande do Sul. Valter José is a veterinarian and was also president of the Associação dos Vinhos da Campanha Gaúcha.

Today, Campanha Gaúcha is a wine tourism itinerary, in a territory shaped by the Pampa biome, shared with Uruguay and Argentina. The region is formed by 13 cities, with 17 wineries.

For years, the State of Rio Grande do Sul has been facing problems of pesticide drift, mainly 2,4-D and other hormonal herbicides, which has harmed wine production. 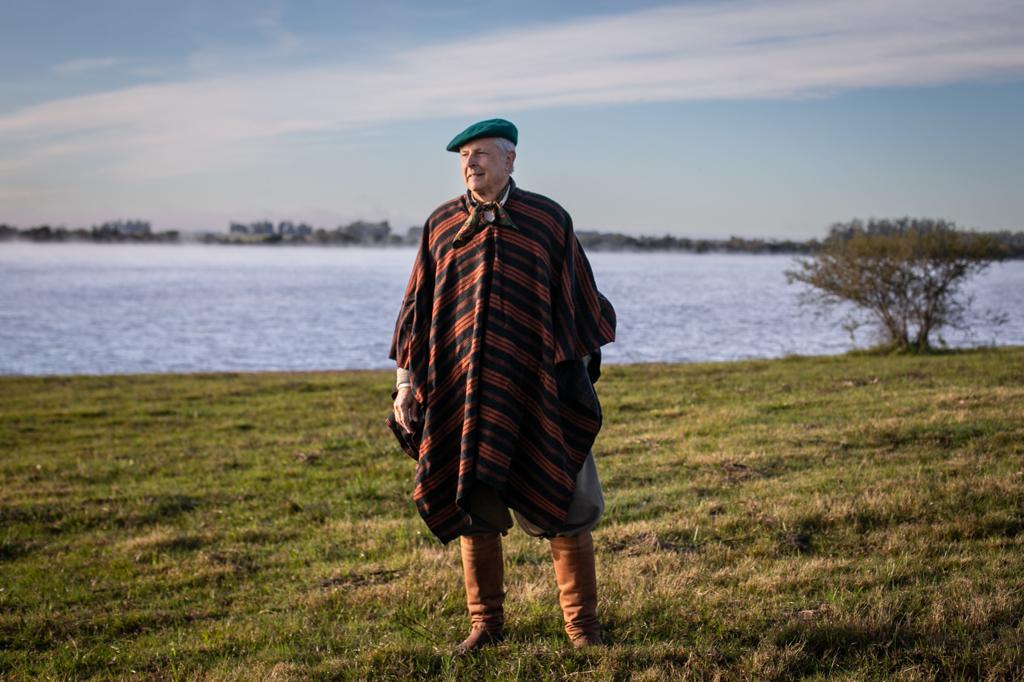 AgriBrasilis – What are the main factors that enabled the development of viticulture in the Pampas region? Which variety best adapted to the soil and climate of the region?

Gabriela e Valter Pötter – Campanha Gaúcha is a region with geological and climatic characteristics that are similar to those of the best wineries in the world in the southern hemisphere. Located in the extreme south of the State of Rio Grande do Sul, Campanha borders Uruguay, at latitude 31. The region has well-defined seasons, hot, sunny summers with little rainfall, in addition to winters with constant cold.

These characteristics give the grapes an ideal maturation, with a balance between sugar concentration, acidity and ripe tannins, which results in wines that are at the same time fruity, structured and full-bodied.

Red grape varieties that best adapted to the region are Tannat and Cabernet Sauvignon. In the case of white grapes, the best adapted ones are Chardonnay, Gewurztraminer and Sauvignon Blanc.

Gabriela e Valter Pötter – Wines made with healthy grapes, harvested at full ripeness. This means that in addition to the balance between concentration of sugar, alcohol and acidity, these wines present phenolic maturation: the polyphenols of the grape, concentrated in the skins and seeds, matured in the plant due to the accumulated hours of sun and heat, resulting in wines with attractive aromas, that are structured and softer on the palate.

We observed that customers of Guatambu wines look for wines with freshness, fruity notes and with good volume in the mouth, and they also appreciate more exotic labels and grapes, such as our Lendas do Pampa Tempranillo and Luar do Pampa Gewürztraminer, in addition to Veste Amarela orange wine and Guatambu Noir de Merlot red sparkling wine. 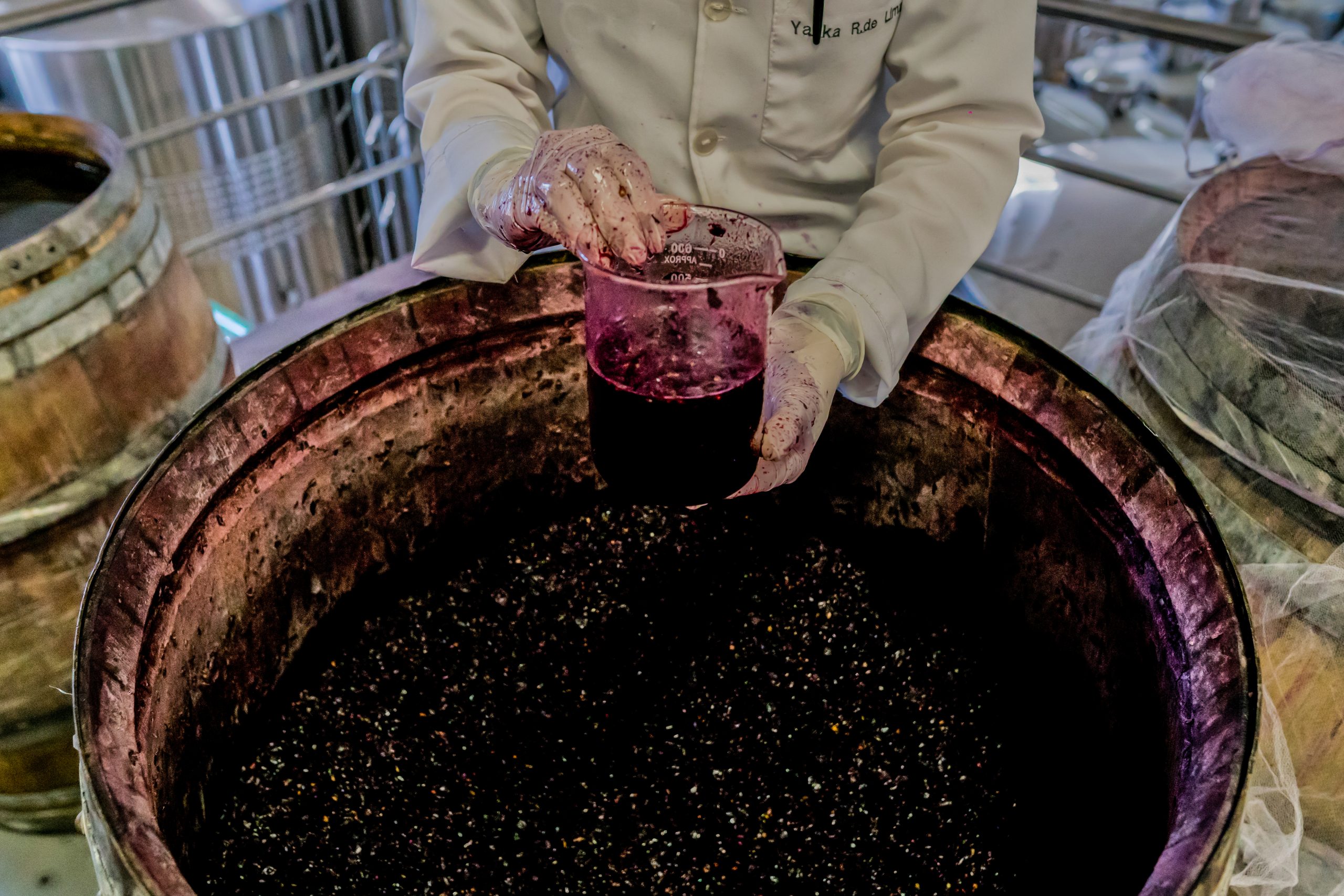 AgriBrasilis – How is pest management and vine fertilization carried out?

Gabriela e Valter Pötter – The vines are treated with natural products, leaving no residue in the environment.

For the last four years we have had areas of Chardonnay and Tannat that are 100% organic, in which the management consists of the application of organic fertilizers and microorganisms to the soil and leaves, that naturally compete with the pests that affect the vines.

In the rest of the vineyard, we try to use natural products, such as amino acids to increase plant immunity, algae extract and the Trichoderma fungus to assist in the nutrient absorption activity of the roots. At times we have to use some chemical fungicides.

AgriBrasilis – Is pesticide drift, especially of 2,4-D, a problem in grape plantations in the State of Rio Grande do Sul?

Gabriela e Valter Pötter – 2,4-D is an active ingredient in herbicides used in areas that are being prepared for planting crops and pastures, in order to eliminate weeds such as horseweed, very present in the State of Rio Grande do Sul.

2,4-D causes the death of young fruit plants and atrophy of adult plants, with wrinkling of the leaves and abortion of flowers, which consequently leads to non-fruiting or fruiting of grapes without use due to the lack of plant vigor.

2,4-D acts on dicotyledonous plants, that is, broad-leaved plants such as buva weed, but also affecting crops that are important for the economic diversification of Rio Grande do Sul, such as walnut, olive, apple, vine, plum, peach trees, vegetables, tobacco as well as native plants and pastures. 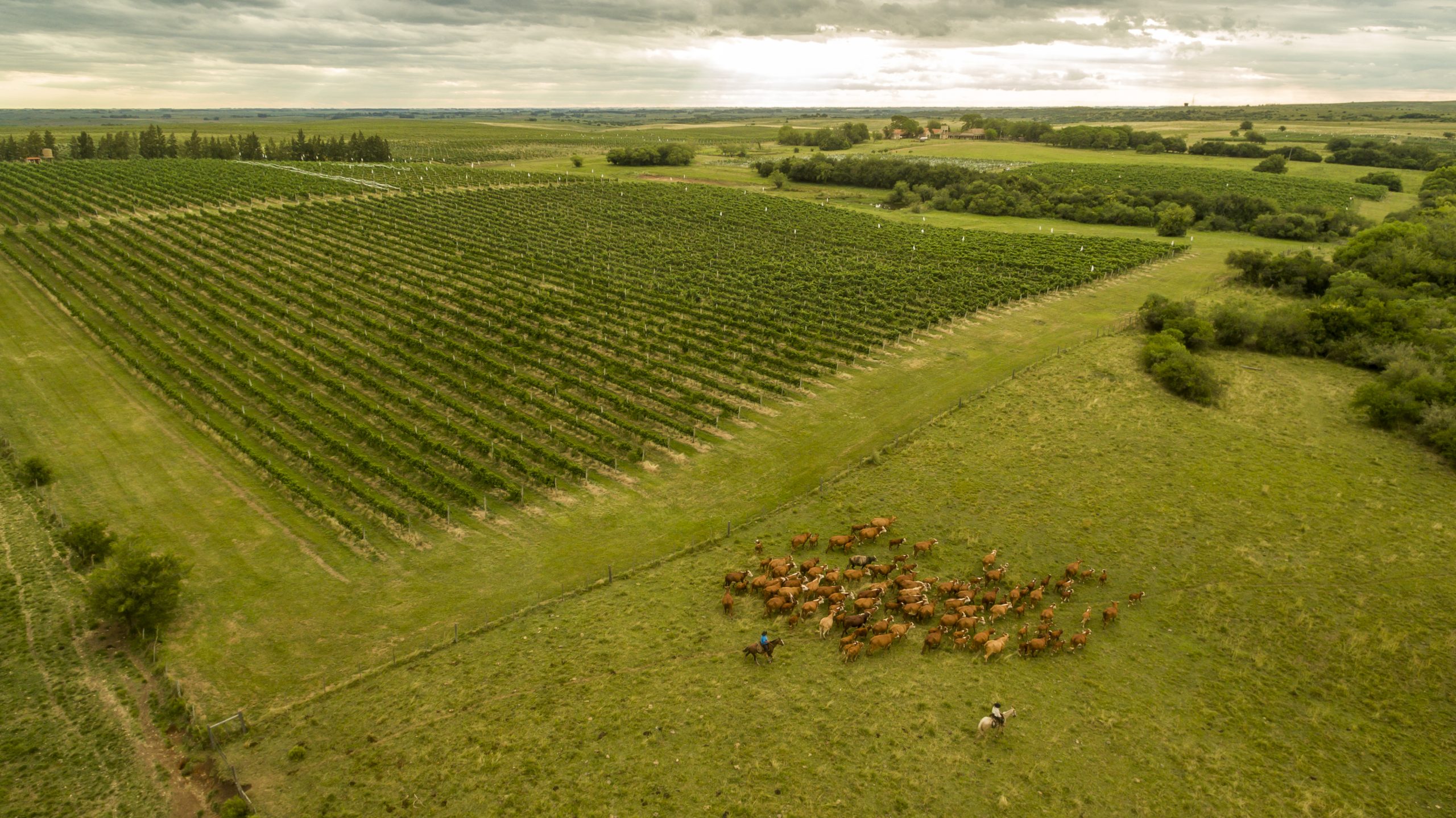 AgriBrasilis – What damage does pesticide drift cause to vines? Is there an estimate of how many bottles of wine were lost  due to the 2,4-D herbicide in 2020? What is the estimated financial loss?

Gabriela e Valter Pötter – Five years ago, the central region of the State of Rio Grande do Sul, in the city of Jaguari, began to feel the first visible effects of 2,4-D drift in the cultivation of American and hybrid grapes for the production of table wine, an economic activity developed by cooperatives of small farmers.

Effects in the rest of the regions of the State soon began to appear. Since then they have been spreading across several sensitive cultivations, such as in fruit farming or in native plants and pastures throughout the territory.

It is important to note that the problem of 2,4-D drift is not localized, but affects the whole of Rio Grande do Sul. The Department of Agriculture elected 24 priority cities located in various geographic regions of the State for closer monitoring.

The drift problem has economic impacts on more than 12 sensitive crops. Over the years, due to the lack of an efficient solution to the problem, the environmental and social impact caused by drift has worsened. Environmental infractions are repeated year after year with losses between 30% and 50%, on average, in some cases reaching up to 90% loss.

In a survey of 42 grape farmers in the southern half of the state, it was concluded that production was reduced by around 780,000 kg of grapes, which results in one million fewer bottles of wine.

AgriBrasilis – In 2017, the winery received the Solar Seal from Instituto Ideal in partnership with WWF. What measures made it possible to obtain this seal that guarantees sustainability in production?

Gabriela e Valter Pötter – Working sustainably is one of our essences, which allows us to produce in a balanced way and in harmony with nature.

Investment in the three solar parks at Vinícola and Estância Guatambu  was of US$ 670 thousand, generating 804,000 kw/year from 1,424 solar panels, which represents an average consumption of 150 urban residences.