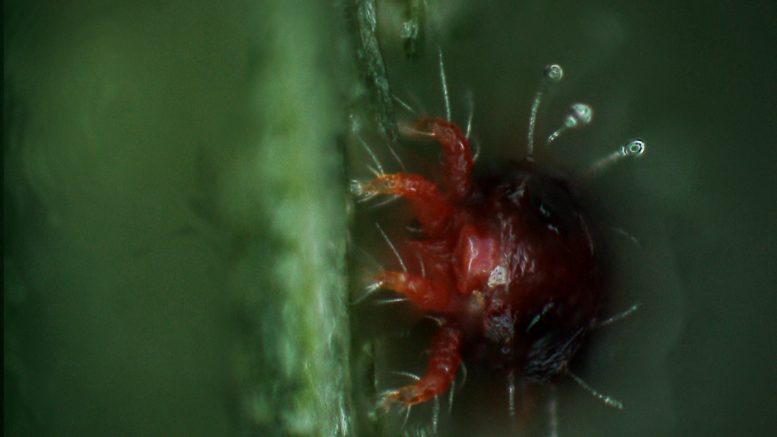 “… synthetic acaricides are still the most used tactic, but the abusive and irresponsible use of these products can cause several ecological and environmental problems, in addition to an increase in cases of resistance …” 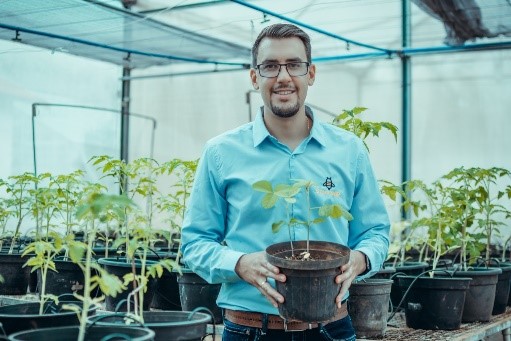 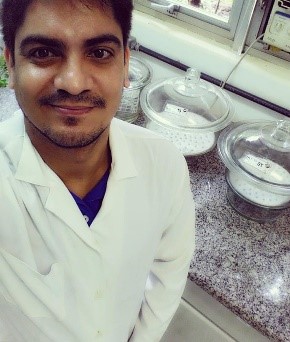 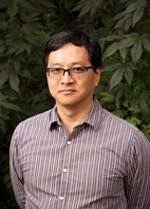 Geovanny Barroso is a postdoctoral researcher and doctor in entomology from the Escola Superior de Agricultura “Luiz de Queiroz”. Barroso is an agronomist graduated from the Federal University of Alagoas and has a master’s degree in agriculture and environment from the same institution.

Fenando Henrique Iost Filho is an agronomist graduated from the Instituto Federal do Triângulo Mineiro. He is currently a doctoral student in Entomology at the same institution and professor at the Faculty of Agribusiness in Holambra.

Pedro Takao Yamamoto is a doctor in plant sciences from Universidade Estadual Paulista Júlio de Mesquita Filho. He is currently a professor at the Escola Superior de Agricultura “Luiz de Queiroz”, responsible for the area of ​​integrated pest management, and coordinator of the Postgraduate Program in Entomology.

Phytophagous mites are those that feed on plants. To do so, their stylets (specialized mouth structures) penetrate the cells of the host plant and the cellular fluids come to the surface of the leaves, from where they are sucked by the mites. Despite the wide occurrence of mites feeding on plants, those species whose populations are in disequilibrium and/or transmit phytopathogens, are considered pests for harming agricultural production. Among the main groups of mites that are considered pests in agriculture, the Tetranychidae, Tenuipalpidae, Tarsonemidae and Eriophyidae families stand out.

The Tetranychidae family has several representatives that occur in different plants, especially the species Tetranychus urticae (spotted spider mite). Also, one can mention the genus Mononychellus, known in the field as green mites. This group is generally favored by hot, dry weather conditions.

In the Tarsonemidae family, the broad mite, Polyphagotarsonemus latus, stands out. This is a cosmopolite (present in all growing regions) and polyphagous (feeds on many types of plants) species. Unlike spider mites (Tetranychidae), this species thrives best in hot, humid climates.

Regarding the family Tenuipalpidae, the species Tenuipalpus heveae, a major pest in rubber trees, and the red palm mite, Raoiella indica, stand out. In addition to these, Brevipalpus yothersi is of great importance in citrus and coffee, as it is a vector of viral diseases for these plants. In Brazil, the same species is known by different names, depending on the diseases it transmits, being known as the leprosis mite in citrus and the ringspot mite in coffee. They can also be known as flat mites.

Finally, there is the Eriophyidae family, whose individuals are considered micromites, due to their size. They are mites that have a more restricted range of hosts. Their damage is associated with both the transmission of diseases to plants and to their feeding habits, which can cause disturbances in the growth of plant tissues, such as galls. One species that has grown in importance is the lychee erinose mite, Aceria litchii. Another highlight is the citrus rust mite, Phyllocoptruta oleivora, a key citrus pest.

For managing pest mites, in integrated pest management (IPM) programs, different tools are available and must be used in a harmonious and integrated way. Synthetic acaricides are still the most used tactic, but the abusive and irresponsible use of these products can cause several ecological and environmental problems, in addition to an increase in cases of resistance. When choosing the acaricide to be used, its selectivity to natural enemies and successive cultivation must be considered to avoid selection of resistant populations. As an alternative, there are plant compounds such as azadirachtin and ethanolic extract of Sophora flavescens.

Biological control of pest mites using predatory mites is a reality, especially in horticulture and floriculture. In this case, Neoseiulus californicus and Phytoseiulus macropilis are the species proven to be effective in reducing two-spotted spider mite infestations. Other options for biological control are fungi, with several commercial products based on Beauveria bassiana, Hirsutella thompsonii and Metarhizium anisopliae.