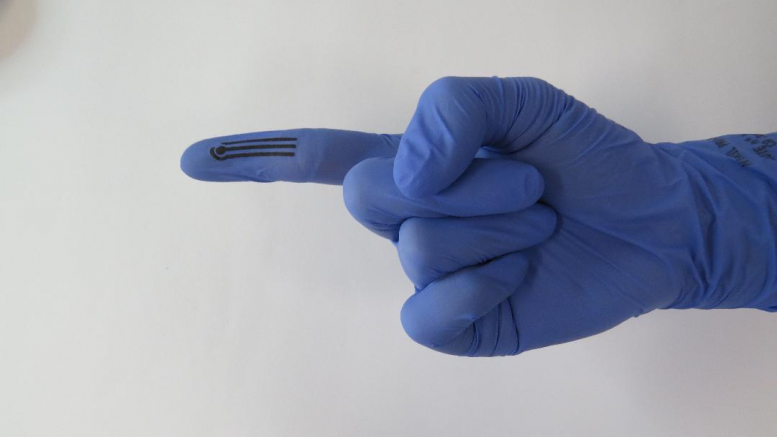 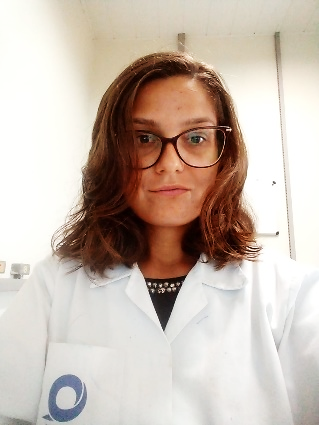 Nathalia Oezau Gomes is master in Analitical Chemistry from University of São Paulo and is currently performing a PhD in Analytical Chemistry in the same university. She has experience in the development of electrochemical sensors and biosensors for monitoring environmental contaminants and molecular biomarkers, synthesis of carbon and silver-based nanomaterials for various applications.

AgriBrasilis – How does detection of pesticide residues through gloves work and how was the process of developing this technology?

Nathália Gomes – Our device consists in a set of  sensors that are coupled in a disposable glove and is used to monitor pesticide residues in food samples. The process of manufacturing is very simple and is based in screen printing, similar to t-shirt printing, but here we use a conductive carbon ink that is transferred to the fingers of the rubber glove producing conductive carbon tracks or electrodes.

The device has 3 electrodes, located in the index, middle and ring fingers are responsible for monitoring 4 important classes of pesticides: carbendazim (carbamate), diuron (phenylurea), paraquat (bipyridylium) e fenitrothion  (organophosphate) in food samples. These active ingredients are applied in many crops such as coffee, citric fruits, cotton, rice, corn, soybean, apple, banana, pineapple and sugarcane. The accuracy of our technology is 93%. 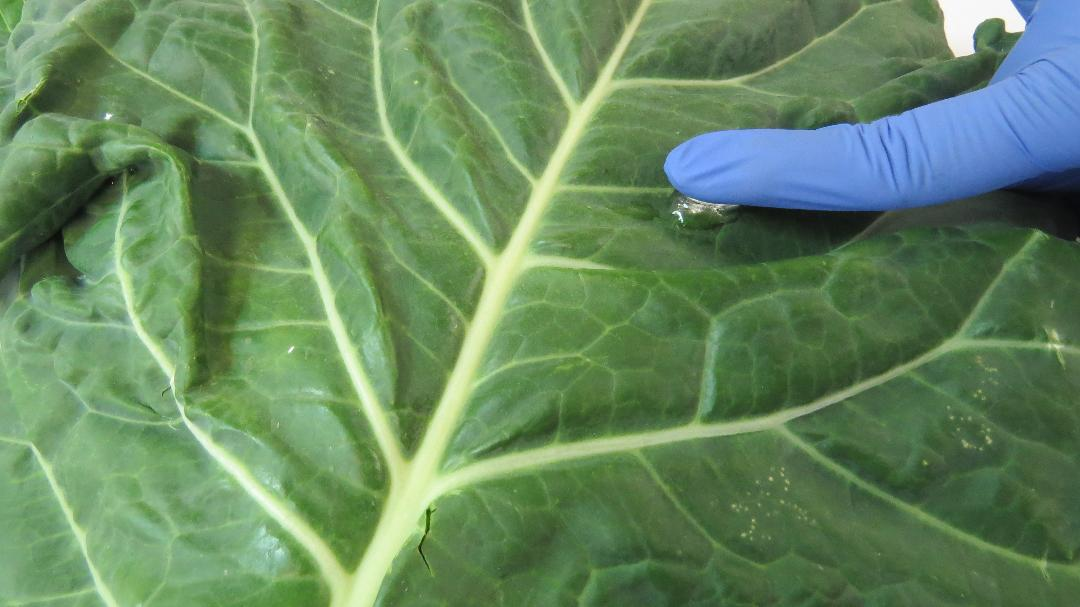 Nowadays, there is an emergent worry in relation to the contamination of our hydric resources, food, animals and environment with these substances. In this scenario, the glove with the sensors is a promising technology. It allows to monitor in a in situ way, that means in real time and with low cost, things that are not currently available in the market.

Operation mode of the glove is also very simple. The user must wear the glove, make the connections with the digital system and finally immerse the finger in the solution (for liquids) or touch the food’s surface.

AgriBeasilis – Sensors embedded in the rubber gloves are more affordable than traditional methodologies?

Nathália Gomes – Yes, they are. The set of sensors in the disposable gloves have a cost of approximately US$ 0.10, that is a small amount compared to the methodologies widely used to monitor food samples. Beyond the low cost, the device offers the possibility of obtaining analytical information in just a few minutes after the testing, what is not possible with traditional methods.

Nowadays from doing analysis and releasing the results, existing technologies can take from weeks to months, that is a problem because in many cases food ends up being consumed before we even know if pesticide levels are within the permitted level established by the legislation.

AgriBrasilis – Why only some pesticides are detected?

Nathália Gomes – We selected these pesticides because they are among the most widely used. The idea of ​​our work is to detect and distinguish different classes of pesticides, that is, those analyzed in this work are only representatives of each class that is composed of an infinity of pesticides.

Today, carbamates and organophosphates constitute more than 50% of the pesticides applied in the world for food production and our sensor is capable of monitoring them.

AgriBrasilis – When shall this technology be available in the market?

Nathália Gomes – We still don’t have a forecast to Market it, but let’s hope it shall be soon !! It is important to point out that we have already filed a patent application at National Institute of Industrial Property (INPI). The technology is ready to be transferred to a partner company for large-scale production and commercialization.