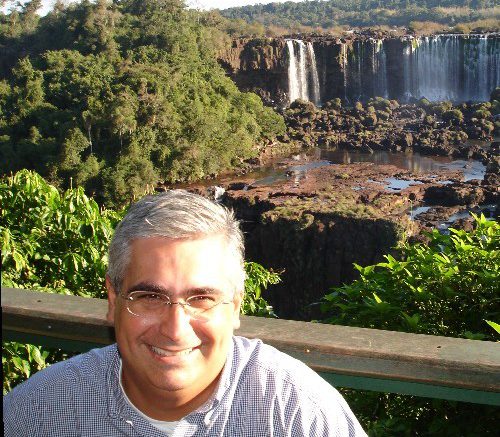 “In addition to power rationing, key Chinese manufacturing provinces have environmental inspections scheduled for the Winter Olympic Games, with the risk of reducing activities and even closing factories”

Marcelo Peres is an agribusiness executive, agronomist graduated at the Federal University of Viçosa, founder of Helm Agro and Stockton in Brazil, with a long professional career at DuPont Brazil.

In the last 20 days, Brazil kicked off planting cycle of approximately 200 uninterrupted days, mainly of soybean and corn. While at this time the 1st soybean season (summer crop) is being planted, farmers are already working on purchases for the 2nd season, mainly corn.

During this period, the demand for pesticide and fertilizer applications reaches its peak and has a right time for application. It does not tolerate delivery delays.

China and India directly accounted for 36% and 8% respectively of the volume of imported chemical pesticides in 2020, equivalent to 19% and 11% in dollars, respectively.

Indirectly, China’s share is much greater, as it is a supplier of components and raw materials for products formulated in other countries and also a range of fertilizer imports, mainly phosphates.

The increase of additional imports of coal and oil by China will take at least 2-3 months to materialize and will not solve the production issue, deliveries or the pent-up demand.
Supply shortages are expected to begin to ease from the first quarter of 2022, coinciding with the end of winter (in China) and an increase in global coal supply.

First analysis of import data from January to September 2021 and agri-input prices that are coming in leads to the following conclusions:

• Each product is in a different supply situation and must be analyzed individually; however most of the products destined for the start and development phase of the 1st season have already been delivered.

• Delays in delivery and/or delivery cancellation will occur mainly of products which have greater volume and lower added value and/or those which production require yellow phosphorus, extraction of which is restricted due to energy rationing. The list includes glyphosate, acephate, glufosinate, atrazine, among others, and consequently their immediate substitutes as broad-leaf, narrow-leaf herbicides and neonicotinoids.

• There is a long delivery delay of soybean desiccants and a high risk of delay and/or cancellation. This situation is greatly aggravated by the decision to ban paraquat adopted by Anvisa.
• Most of the higher value-added insecticides are manufactured in the USA and, in theory, may suffer delays in delivery, but not cancellation.

• Nearly 60% of the volume of atrazine originates from China, with a high risk of delivery delay.

• The new prices that Chinese manufacturers have quoted suggest a increase of 20% up to 60% because of the increase in the cost of raw materials, the idle capacity of the increase in freight costs and the lower prices traded in Brazil versus other countries in the world.

As is already happening, there will be many renegotiations of purchase orders and cancellations due to force majeure, excessive burden and delivery delay caused by the loss of the appropriate time for application.

• It is very likely that there will be an even greater concentration of sales by the large global companies from the sector.

Analysis of the Chinese situation and energy rationing

China is the largest coal miner and consumer in the world. The current crisis, called by many “the perfect storm” combines the simultaneous occurrence of several factors, such as scarcity – of its main power source – thermal coal, due to targets adopted by the central government, the large increase in energy consumption in the post-pandemic and the strong increase of global coal, natural gas and oil prices.

In the same way that they are the biggest buyers of agricultural products, in particular soybean, soybean meal, cellulose and animal protein, China is also the base of the pesticide industry in Brazil. More than 36% of all direct imports of pesticide come directly from China and a much significant number indirectly after passing through other countries.

Brazil is capable of harvesting more than two crops per year, but it requires the management of pests, diseases and weeds through the use of pesticides.

Aligned with the 2015 Paris Agreement, the most important climate agreement ever made, President Xi Jiping announced and ratified the Nationally Determined Contribution (NDC) target to combat climate change and act to reach peak CO2 emissions before 2030 and carbon neutrality before 2060.

China, as the largest global carbon emitter along with the United States and European Union, has been, since 2017, reducing the proportion of electricity generated by burning thermal coal from 80% in 2017 to the current 56% of its energy matrix, but investments in solar and hydropower were not able to offset the fall in the use of thermal coal.

In August this year, the situation reached its limit when China’s National Development and Reform Commission reported that 30% of China’s provinces had increased energy consumption in the first half of 2021 and another 30% were not meeting consumption metrics.

Amid the onset of blackouts, the Commission set a new target of a 3% drop of energy consumption per unit of GDP, ranking provinces by consumption and reducing consumption in 16 provinces.

Like a domino effect, Chinese government’s decision brought an even greater challenge to Chinese industries, as the energy intensity demanded by the industrial sector is much greater.
Provinces such as YunNan, responsible for the largest production of phosphate fertilizers and yellow phosphorus, key in glyphosate, acephate and glufosinate synthesis, had a reduction of up to 90% in energy availability in the rest of the year.

Other key provinces for pesticide manufacture, such as Hebei and Shandong, have environmental inspections scheduled for the Beijing Olympic Winter Games, to be held in February 2022. These Winter inspections have the potential to reduce activities and/or close factories.

Global supply chains for both finished products and raw materials were already experiencing delays due to the Covid-19 pandemic. Several ports around the world, including Ningbo and Shenzhen ports in China, were already delaying deliveries due to interruptions, in order to reduce the spread of the virus.

The situation triggered a new crisis that we are still going through, which is the break in the regular distribution of containers in the world: some ports, such as Los Angeles or Savannah in the US, with an excess of “stopped” containers; and others lacking containers.

To make matters worse, India, second largest supplier of raw materials and agricultural defensives to Brazil, is also experiencing a great shortage of thermal coal – 66% of its energy matrix – caused by the monsoon rains.

In this unpredictable business environment, we have seen China-Brazil freight rise from the historic US$ 2,800/container 40” to US$ 13,500/container 40”.

It is worth noting the potential increase in global inflation given the transfer to final prices arising from increases in energy and logistic costs and the very combination of supply and demand.

It is expected that Chinese government, over time, will gradually seek a combination of measures capable of generating a better balance between the decarbonization targets and maintaining the growth of Chinese economy while minimizing inflation.

At this moment, the ceiling on electricity prices prevails in order to neutralize the impact on inflation. The ceiling on the price of electricity prevents the spread of the inflationary process, saves families, but discourages power generation plants for fear of additional losses given the increase in the cost of coal.

In regions such as Shanxi and Inner Mongolia the government has recently ordered an increase of coal production of approximately 5% of 3.84 billion tons produced in 2020. In addition, the government has also set a price cap on electricity sold.

In Guangdong province, a 25% increase in electricity prices was authorized only during peak hours for industrial users, avoiding penalizing families.

China is also expected to sharply increase international tenders for the purchase of coal and natural gas, raising prices around the world and directly competing with European countries in this quest.

It is worth highlighting that Brazil is China’s main supplier of agricultural commodities. Thus, the increase of agri-input costs from China (particularly pesticides, nitrogen and phosphate fertilizers) will result in higher manufacturing costs in Brazil and can potentially impact China in the form of higher acquisition costs of agricultural products and more pressure on Chinese inflation.

China and Brazil are like communicating vessels and have a relationship that should be taken care of in a special way.