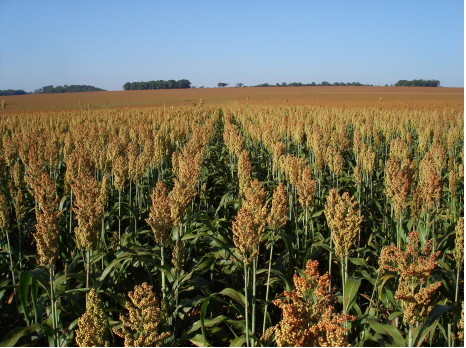 This year, sorghum, a crop more resistant to dry weather, came up as an excellent option after soybean harvest, because it is the main substitute of maize in the mixture of feed and the   price is related to maize prices, that had records lately, raising also sorghum prices.

The option for sorghum, despite high maize prices, is because in many Brazilian regions where planting maize after soybean is possible, there were delays in planting as well in harvesting soy, due to rainfalls. Therefore maize planting had its window reduced or was made unfeasible. That made farmers look for alternatives to maize.

It is estimate that sorghum production will be 2.7 million tons, 10.5% more than in 2020, with 842.4 thousand ha, according to Brazilian Supply Company (Conab). 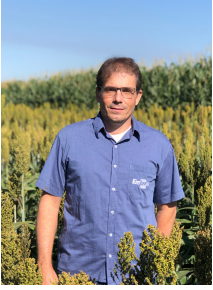 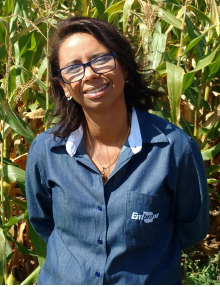 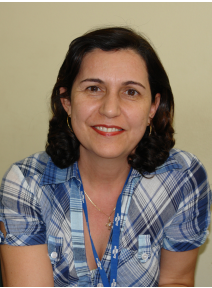 AgriBrasilis – What explains the option for sorghum even with such high corn prices?

Flavio Tardin – In addition to climatic atypicalities and sorghum prices, we can mention that sorghum has lower growing costs compared to maize, so the initial investment is quite lower. As an example, cost estimates made by Conab for the region of Unaí, Minas Gerais State in March 2020 show that a high technology maize crop costed US$ 578.59 to produce 100 bags/ha, while a sorghum crop of 3,800 kg/ha costed US$ 285,18, that is 49.2% of maize costs.

AgriBrasilis – What are the main pests and how is done their management?

Simone Martins Mendes – There are three groups of insects-plagues that can be found causing trouble in sorghum crops, however, there are management strategies to all of them.

For the first two plagues, there are biological control options, several bioinsecticides are available commercially and are registered for the control of S. frugiperda, such as Bacillus thuringiensis and baculovírus based. Also parasitoids can be used for D. saccharalis biological control. There are no insecticides registered for sugarcane aphid yet, but there is for greenbug. Therefore, pest management is possible, without damage to the crop.

AgriBrasilis – Are the inputs companies ready for the growth of this market?

Flavio Tardin – Yes, many inputs used for growing sorghum are the same used by other major crops. Companies have seen sorghum as an expanding market and are requiring product registration for the use in this crop.

A caveat should be made regarding the issue of seeds. Their production by companies is carried out in function of market demands. The lack of prior planning that is, last minute searching for sorghum seeds and a sudden rise in demand, as seen in the last harvest, caused farmers not to find seeds from varieties of their interest, being subject to the purchase of any available material.

AgriBrasilis – Does the maize leafhopper transmit pathogens to sorghum?

Simone Martins Mendes – No, although the maize leafhopper can leave about 15 days (Oliveira et al 2018) feeding from sorghum, this is not a host plant, because the insect doesn’t complete its cycle feeding from sorghum. It is an “accommodation” plant. In addition, it isn’t affected by the diseases transmitted by the leafhopper , there is no problem with stunt complex.

AgriBrasilis – What are the medium-term prospects for sorghum?

Valeria Queiroz, Flavio, Simone – Increased problems caused by maize leafhopper can limit maize planting in several regions or growing seasons. Because sorghum is not affected by the diseases transmitted by the leafhopper  its planted area could be expanded. Also sorghum can be used for human food and ethanol, being a versatile grain.There is a trend of growth of the crop with higher investments in the crops and expansion of exports, mainly to China, which points to growing demand for consumption and import of grains until 2030.