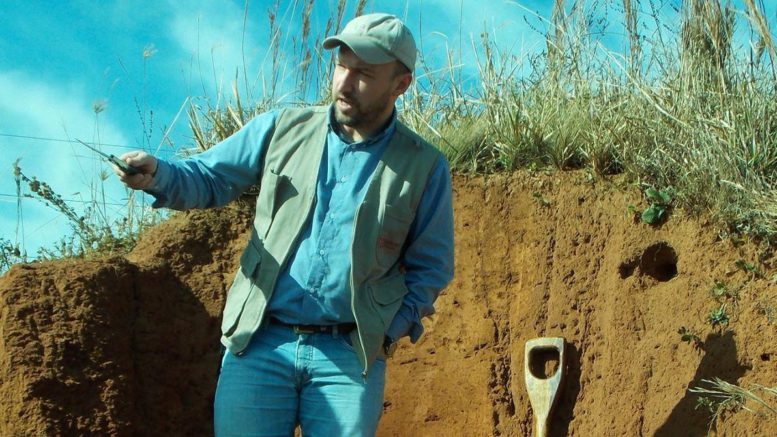 Article by Pablo Miguel, specialist Professor at the Federal University of Pelotas, Brazil

Soil is the most fundamental component in the terrestrial ecosystem. It is the basis of everything, from agriculture to big cities. Mismanagement may cause permanent damage, which would make agricultural production impossible, in the most extreme cases. Conservation of this asset aims to protect it against deterioration induced by natural or anthropogenic factors, thus, keeping it productive through generations.

Dr. Miguel wrote the following article for AgriBrasilis on the importance of correct soil management, aiming at its conservation.

We can affirm that it is in the soil that the development of human actions occurs, being therefore, a fundamental piece in the understanding of the ecosystems of our planet. It is necessary to develop, produce, and find perfect ways to understand the processes that occur in soils properly, so that it is possible to take advantage of this natural resource in a more humane, economically viable and environmentally sustainable way in order to minimize economic losses, ensuring its quality.

The world scenario related to soil conservation and management is not good, and could get worse. This was what demonstrated one of the main studies regarding the current soil conditions, as well as the role that this resource has before society – such as water production and carbon sequestration. The Status of the World’s Soil Resources was published in 2015 by the Food and Agriculture Organization of the United Nations (FAO), and was presented and discussed worldwide. In it, we can find the current state of land degradation by exploitation in search of greater amounts of food, energy, fibers and ores.

The document highlights that more than 30% of the world’s soils are degraded. The main indicators of this degradation are erosion and compaction of agricultural soils (salinization, acidification and contamination complete the list of problems). Erosive processes cause the loss of nutrients and organic carbon, making the losses reach a level of production reduction of approximately 0.3% per year. To replace the nutrients that are lost every year during this process, values on the scale of billions of dollars are required.

Soil compaction reduces empty spaces in the soil and changes its density. The process takes place through intensive manipulation with inadequate humidity conditions causing the soil to lose its porosity, therefore reducing its volume by removing the air. This is mainly due to anthropic processes and management. According to the FAO report already mentioned, compaction can reduce up to 60% of the yields of agricultural crops worldwide.

According to Embrapa Solos researcher, Maria de Lourdes Mendonça Santos Brefin, member of the editorial committee and coordinator of the publication (Status of the World’s Soil Resources) for Latin America and the Caribbean, only the compaction problems have degraded an area of approximately 680 thousand km² of soils worldwide (4% of the total soil area). The main agents of this degradation are the trampling of animals and the low density of natural vegetation cover or plantations. Soil compaction can cause long-term or even permanent damage and can lead to reduced crop productivity for decades.

Several projects related to soil conservation and management have been developed in Brazil in recent years, however, at regional or local scales (municipalities, watersheds, etc.). Soil conservation projects in watersheds, incentives for crop diversity, mitigation programs for erosive processes, recovery of degraded areas, improvements in cropping systems and edaphoclimatic surveys. However, it often seems that we work backwards, that is, we are concerned with the conservation and management of the “Soils” but we do not know in detail who is the main agent, in which all our actions relapse.

Brazil now has information on soils with an exploratory (not very detailed) survey of soils across the country, carried out by the Radambrasil Project (scale 1: 1,000,000) in the 1970s until the mid-1980s. Brazilian states have soil maps at the level of recognition (type of soil survey based on the scale of work), however, still with insufficient level of detail for conservation planning and soil management at the scale of microbasins or municipalities.

According to the professor and researcher at the Federal University of Santa Maria, Rio Grande do Sul, Brazil (UFSM), Ricardo Simão Diniz Dalmolin, soil maps in small scales, 1: 750,000 or 1: 1,000,000, are not suitable for land use planning and management at farm level.According to him, in order to develop reliable work in relation to land use planning, conservation projects, settlement projects, in smaller areas such as municipalities, river basins or even agricultural properties, a more detailed knowledge of the soils is necessary, or that is, soil mappings on more detailed scales such as 1: 50,000 or less.

It is important to highlight that there is a full possibility of leveraging our country’s economic growth based on the potential for land use. Obviously, for this reason, the knowledge of soil fitness is important and we can only achieve this knowledge through the characteristics of each type of soil.

One of the most prominent actions at the moment in Brazil that aims to resume the conduct of pedological surveys in multiscale character and respective interpretations, is the National Soil Survey and Interpretation Program in Brazil (PronaSolos). Project initially instituted in 2017 by the Executive Board of Embrapa, which was only made official in 2018 with the signing of Presidential Decree No. 9,414, and adjusted by Presidential Decree No. 10,269 of March 6, 2020 that instituted the Strategic Committee and the Executive Committee of PronaSolos. These committees are composed of seven Ministries, the Brazilian Soil Science Society and a representative of the state agricultural research organizations. PronaSolos will involve, for an estimated period of 30 years, dozens of partner institutions such as Universities in the figure of their professors / researchers. Initially, in the first 10 years, the goal will be to map the country’s 1.3 million km² soils at scales ranging from 1: 25,000 to 1: 100,000.

Any and all initiatives that seek soil conservation and better management are of great value and certainly bring results. However, these initiatives, to a greater or lesser extent, need to be well accepted by society and by the politics of our country. There is no point in a great effort by researchers and technicians if our leaders do not believe in the work of these people.

We need to produce more and more technical and scientific knowledge and that this is effectively used for the benefit of our country, as a way to return to society the investment that was made in the scope of education. Only by producing knowledge will we be able to reach the greatest development in our country.